Did U.S. bookstores like Barnes & Noble decide to stop selling bibles, stating the book contained outdated and controversial ideas? No, that's not true: the story originated as a joke on a Christian-themed satire website and it referenced "booksellers across the country". But because it used a digitally altered photo of a notice in a Barnes & Noble bookstore many people believed the story to be real and the image started to lead its own life online.

The story originated as an an article published by The Babylon Bee on June 12, 2020 titled "Bibles Pulled From Shelves For Outdated Idea That All Humans Are Of One Race And Made In The Image Of God" (archived here) which opened:

U.S.--Online and brick and mortar booksellers across the country will no longer be selling the Bible due to its "outdated depictions of humanity all being of one race and made in the image of God."

The story was accompanied by an image of a sign using the Barnes & Noble logo: 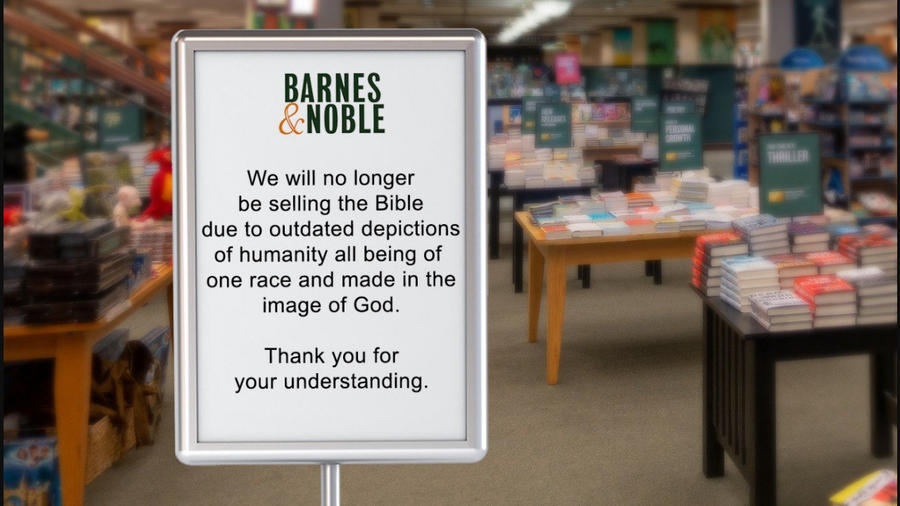 We will no longer be selling the Bible due to outdated depictions of humanity all being of one race and made in the image of God. Thank you for understanding.

Many people apparently believed the picture or the story were real, causing a sharp uptick in searches for "barnes and noble bible pulled" according to Google Trends: 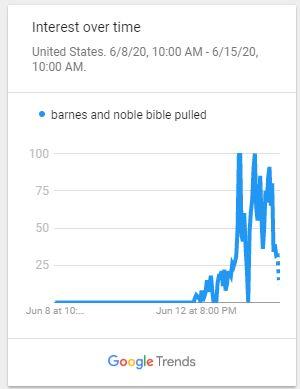 The story prompted a reaction from the bookstore: they posted a note (archived here) to their Facebook page explaining that the Babylon Bee was a satire website:

The Babylon Bee is indeed a satire site with following disclaimer on the 'about' page: