Did Speaker of the House Nancy Pelosi rip up a bible in a bold anti-Trump statement? No, that's not true: the story originated on a well-known Christian-themed satire website but was mistaken by many people for real news.

The satirical article making the claim was published published by The Babylon Bee on June 3, 2020 under the headline "In Bold Anti-Trump Statement, Pelosi Rips Up Bible" (archived here) which opened:

WASHINGTON, D.C.--In a bold, powerful statement to oppose Trump, Speaker of the House Nancy Pelosi solemnly tore up the Bible after Trump was seen holding one up in front of a church.

At a press conference, the Speaker of the House held up a Bible and then ripped it in two, declaring that she was against anything Trump was associated with.

A version of the story with just the headline also went viral on Instagram:

"If Trump is for the Bible, then I am against it," she said as she struggled to rip the Bible in half. ⁠ ⁠ Full story at link in bio.

Lead Stories found several instances of Facebook posts where the number of "Angry" reactions dramatically outnumbered the "Haha" ones, indicating many people did not realize the post was meant to be a joke: 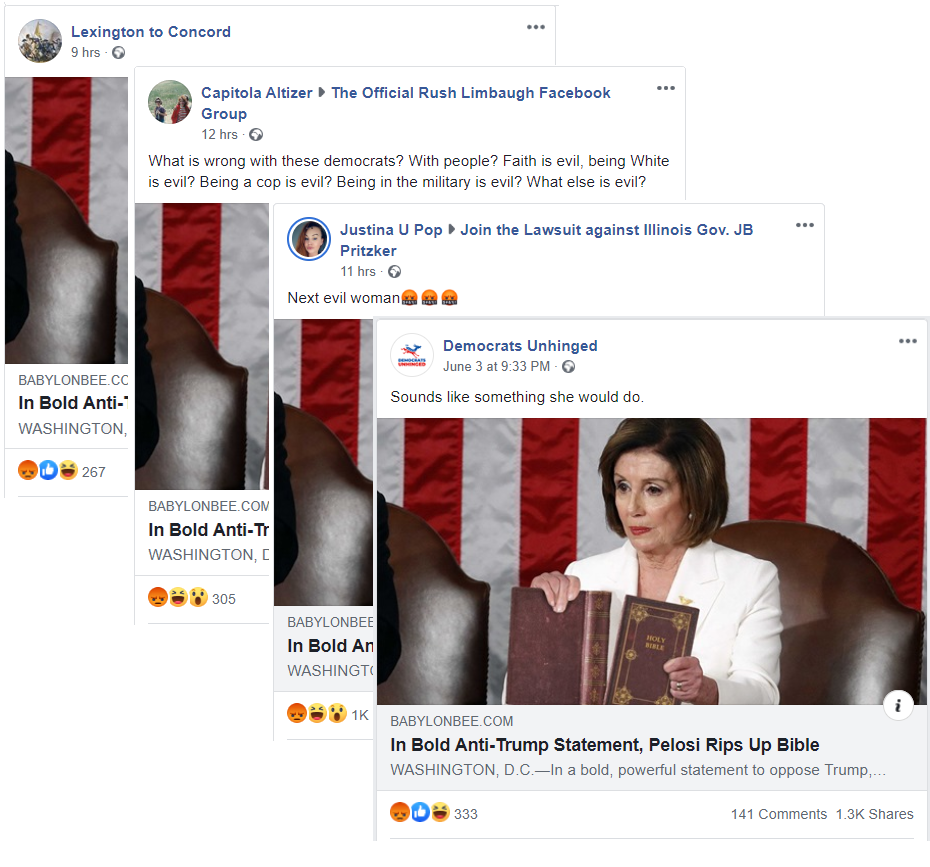 According to Google Trends there also was a marked uptick in searches related to Nancy Pelosi ripping up the bible, further indicating many people were unsure if the story was real or not: 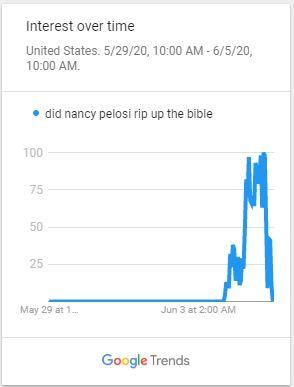 However the article was just a piece of satire mocking Pelosi's own "bible moment":

Which came in response to President Trump holding up a bible earlier in the week during a photo-op for which protesters were forcefully displaced first: