Did an Antifa activist pose with a cake that had a hammer and sickle symbol on top? No, that's not true: The viral image was digitally altered. Lead Stories spoke with the person in the picture, who provided the original photograph, which was taken on the occasion of his 35th birthday. He has no association with Antifa or Seattle.

The claim appeared as a post (archived here) on Facebook on June 11, 2020, under the title "This is who now controls Seattle."

The image was altered with photo-editing software. Here is the original photograph: 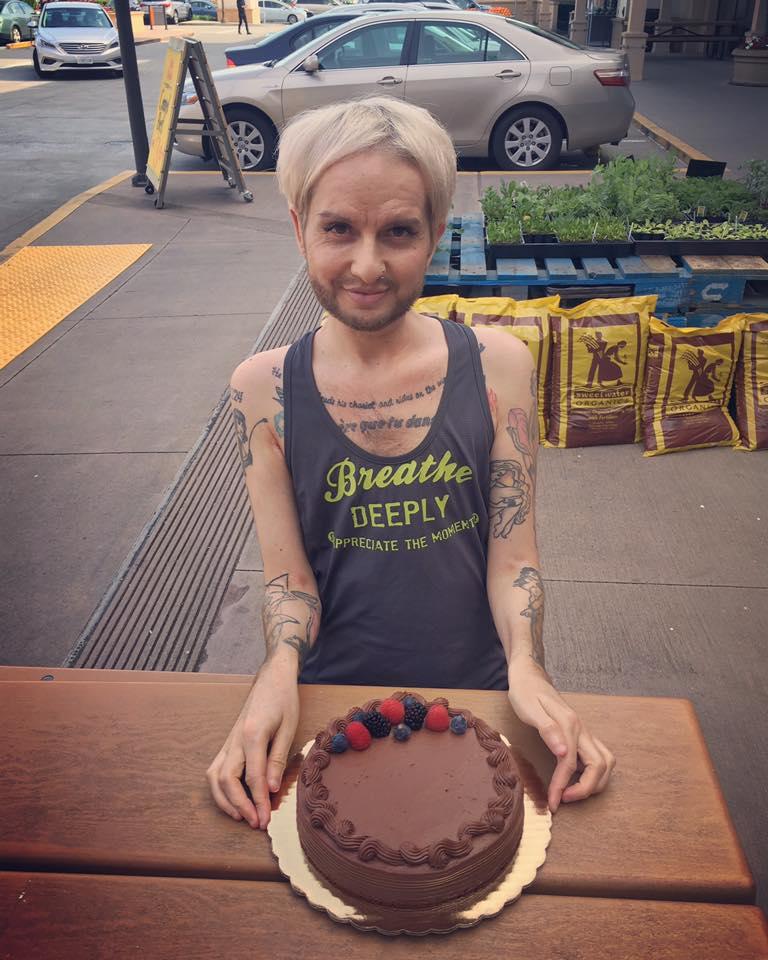 The photo is from March 2017, according to Johnny, the person in the picture. He asked that Lead Stories not print his last name because of fear of retribution. Johnny said he was celebrating his 35th birthday in San Mateo, California. His mother took the photograph.

Note the major differences between that image and the one that was altered.

In the original photograph, Johnny's shirt reads "Breathe Deeply." There are creases clearly visible in the fabric of the shirt. He poses with a chocolate cake, blank except for icing and berries. In the altered photograph, his shirt reads "Antifascist Action," the creases are gone and the cake is topped with an image of the hammer and sickle. (The hammer and sickle is a symbol closely associated with the former Soviet Union and communism.)

In another altered version of the photograph, Johnny's shirt reads "Breathe Deeply" and the cake shows the hammer and sickle. Here's what that photo looks like: 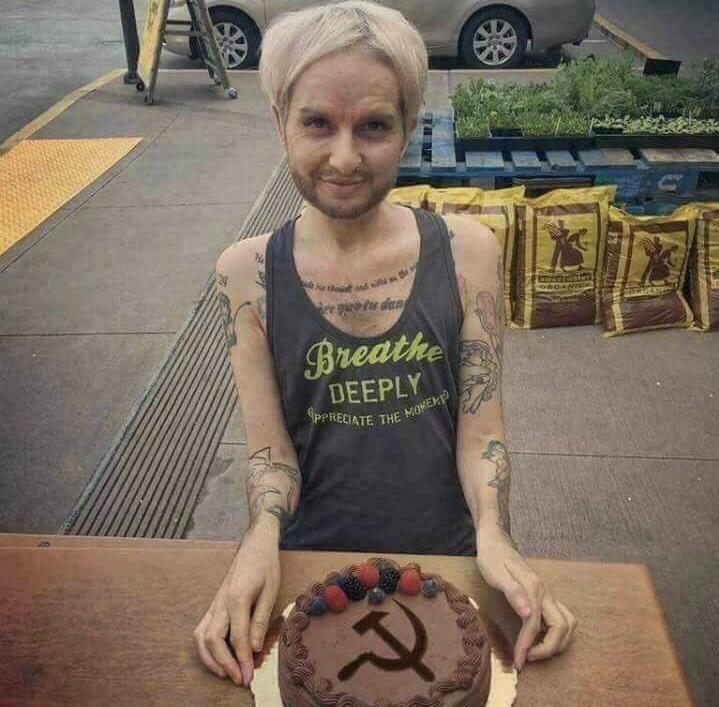 Johnny, who lives in California, does not identify as being a part of Antifa, an anti-fascist movement that's recently come under fire from conservatives. He said he's never been to Seattle. Johnny wrote to Lead Stories:

These memes of me have been going on almost 3.5 years and have caused harm. People are attacking me as an "easy target" because I am transgender ... It is a never ending battle. I am not with Antifa. I had to google a while back what that even was. My shirt and cake are photoshopped. I was trying to enjoy a birthday at Whole Foods after a lifelong battle with eating disorders. This was a recovery photo of me about to enjoy a cake for the first time in years without my past Bulimia involved.

He said he's been on the receiving end of violent threats. Johnny wrote:

They have gone as far as to make threats re: guns, catfishing with my photo, blowing my head off, knives, other forms of physical violence, coming to kill my squirrels, etc. My Mom thought our house was going to be bombed a few years back.

Asked what he would like to tell people posting or sharing fake photos of him online, he said this:

Nobody deserves to get bullied ... In my heart, I wish this would stop. It may not stop, but I wish these people well. I mean, what can I do? I can't live a life where I let other people's opinions own me.