Did former Vice President Joe Biden kneel at an American flag in his hometown while on the campaign trail? No, that's not true: The presumptive Democratic presidential nominee knelt down to talk to a child who was out of frame in many of the camera angles. In a video of the scene, he never mentions an American flag and he can be heard talking to the child while knelt.

The claim appeared in a post (archived here) where it was published by on Facebook on July 11, 2020. It read:

In a photo from Reuters for ABC News, the child is pictured in the foreground: 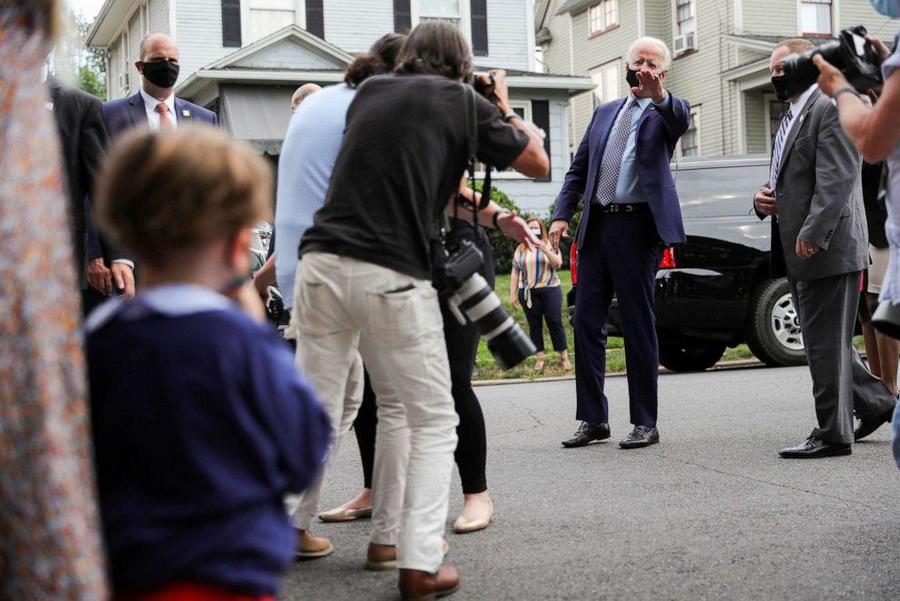 In a screengrab of the video, Biden can be seen kneeling and asking if the child is 4 years old: 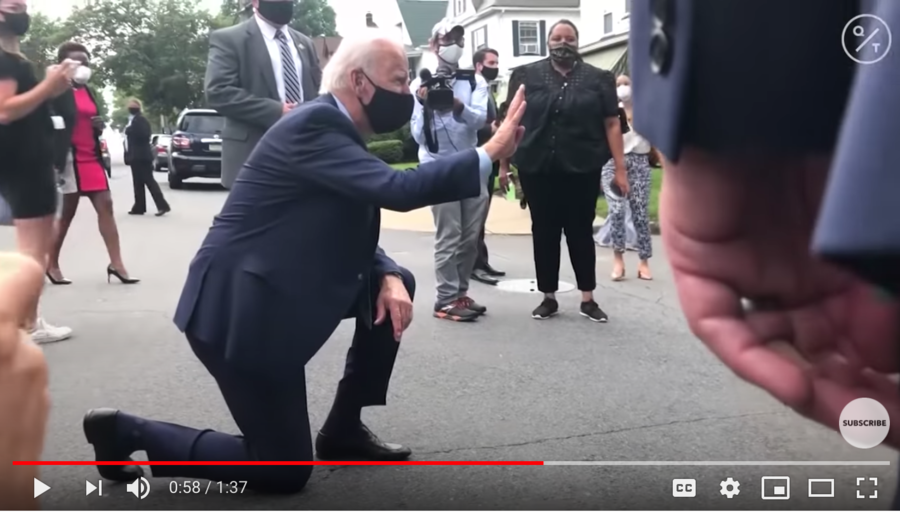 While there is in American flag at the house next door, the presidential nominee makes no reference to it or any other flag as he kneels.