Was a U.S. Postal carrier recently caught on camera stealing a Trump-Pence campaign sign out of the yard of a supporter? No, that's not true. It happened four years ago and the mail carrier was investigated by the postal service and the Office of the Inspector General in 2016. An OIG spokesperson told Lead Stories the investigation into the 2016 incident has wrapped up, but gave no details.

The claim appeared in a post (archived here) published on Facebook on August 17, 2020, by user Lindsay Lowery on the page President Donald J. Trump Supporters, with following text:

This is a USPS worker that was taking down Trump signs. They found his truck full of them!!!
Just think, he might be responsible for delivering your ballot and vote. Let that sink in!!😡😡😡 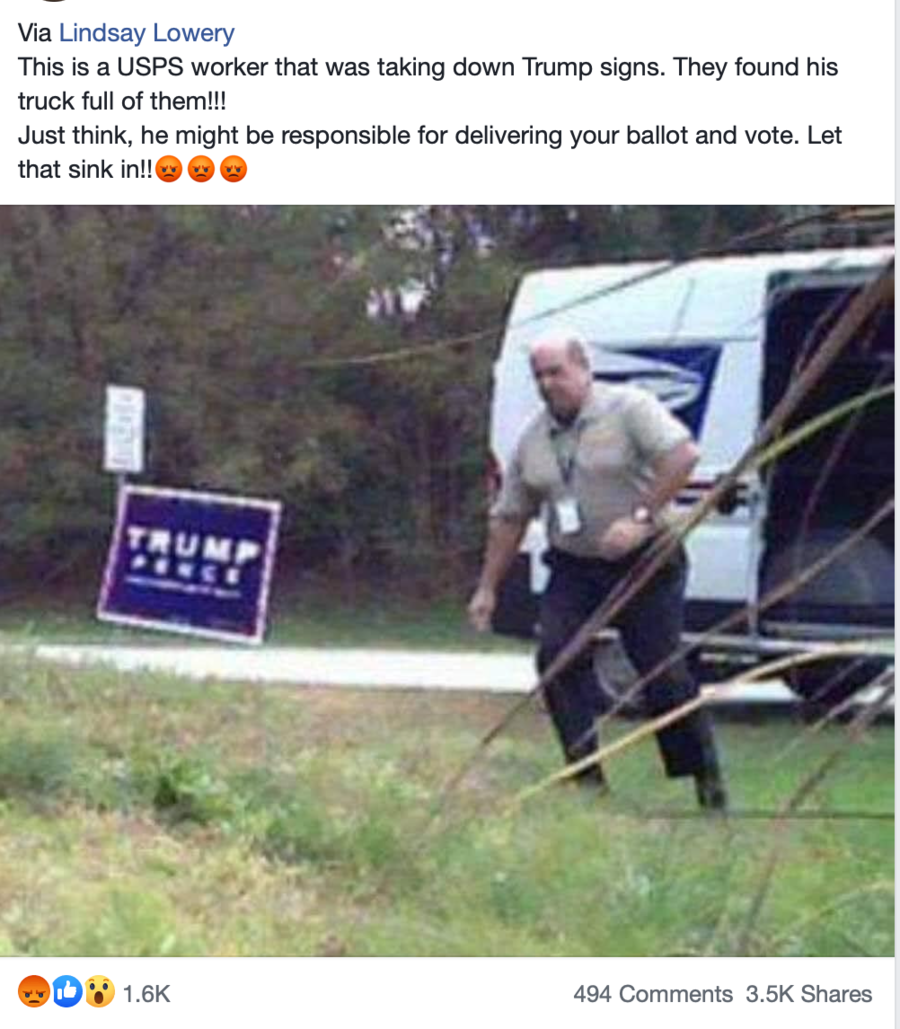 This is a USPS worker that was taking down Trump signs, they found his truck full of them. Just think, he might be responsible for delivering your ballot and vote. Let that sink in!

Though no date is written on the post about when the sign was stolen, the claim was posted the post amid a controversy over the postal service's ability to deliver mail-in ballots in this November's national election.

The post is a blown-up and cropped image taken from a news story about a Trump yard sign theft in Townsend, Delaware, on November 2, 2016 -- just days before the November 8, 2016, election between Donald Trump and Hillary Clinton.

Here is The News Journal of Delaware's description of the 2016 incident:

A postal worker was caught on camera allegedly stealing a Donald Trump campaign sign Thursday from the lawn of a home in Townsend.

The Republican presidential candidate's campaign sign was in the area of U.S. 13 and Chestnut Lane near Townsend. About 11:50 a.m. Thursday, surveillance images allegedly show a postal worker exit his vehicle and remove the sign before leaving the area. "It's juvenile behavior," said Delaware GOP spokesman John Fluharty. He added that the homeowner purchased a camera after the constant removal of Trump signs over the past few weeks.

Here is the original picture used in the story, which is from a home security camera in Townsend: 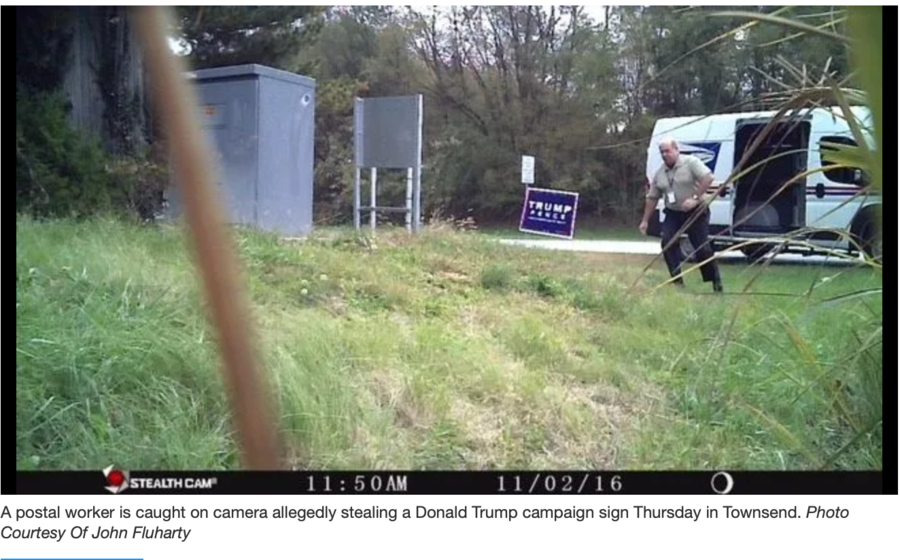 Lead Stories contacted the USPS, which directed us to OIG spokeswoman Agapi Doulaveris. She said a Freedom of Information Act request was needed to get answers about the outcome of the pictured theft. Lead Stories will update this article when we get the further answers.