The claim appears as a meme (archived here) where it was published on Instagram on August 19, 2020. The meme read:

For every account that posts this on their story The BLM Arizona foundation will donate $1 to the GoFundMe of Breonna Taylor!

This is what the post looked like on the page of at the time of this writing: 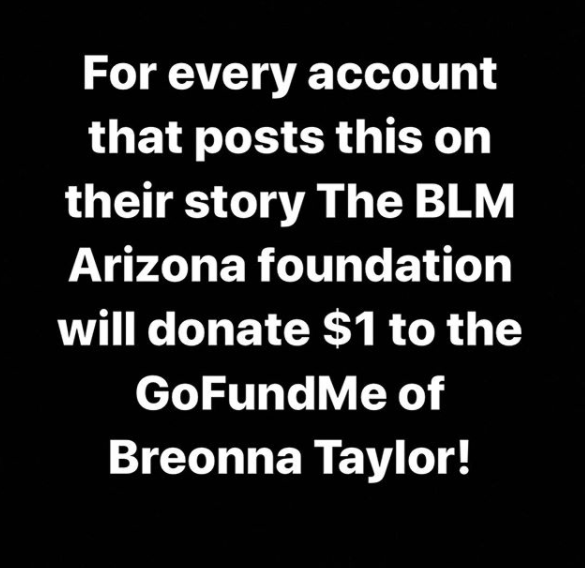 There are three problems with this meme. First, there was no such post -- or any -- on the official @blacklivesmatterarizona Instagram page before the account was deactivated August 19, 2020, and despite the person posting the meme writing:

Repost from @blacklivesmatterarizona
• with respect to @ellerysmoller
Here at BLM Arizona we understand it may be difficult for certain people to donate, so today everybody has the opportunity to make a contribution! Everybody has until this Wednesday to repost. That's when the donation will be made. Proof will be posted!❤️👊🏿

Regarding the repost's "Here at BLM Arizona ...," BLM Arizona is actually the government organization Bureau of Land Management - Arizona's Facebook and Twitter pages:

The BLM is working with federal, state, and local authorities to closely monitor the novel coronavirus (COVID-19)...

Posted by Bureau of Land Management - Arizona on Tuesday, March 24, 2020

And the head of the Arizona Black Lives Matter group told Lead Stories, "It's not true," when sent the Instagram meme.

Black Lives Matter Arizona President Katt McKinney, whose group's name is All Black Lives Matter on Facebook, told us that the official BLM, which started as a hashtag in 2013 after the aquital of George Zimmerman in the death of Trayvon Martin in Florida and is now the Black Lives Matter Global Network, stopped accepting new chapters. McKinney and other Arizona activists formed their own group in Arizona in 2014 to protest police brutality and killings.

"We fly the same Black Lives Matter flag," said McKinney, explaining they have a similar agenda but are separate from the international BLM network. 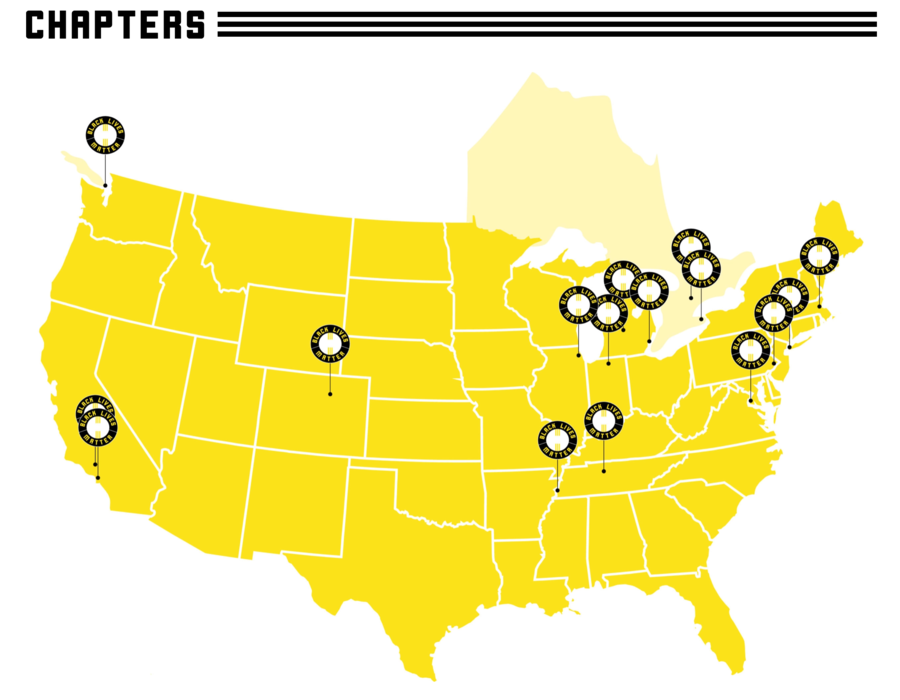 There has been confusion before over who -- and what -- exactly constitutes BLM, the activist organization that has gained tremendous momentum following the death of George Floyd in the custody of Minneapolis police. People and organizations, for example, have donated to the wrong cause -- forcing the official BLM organization to freeze money.
Lead Stories reached out to the official Black Lives Matter global organization, and this story will be updated when a response is received.
Last, there is no GoFundMe page specifically by Black Lives Matter Arizona to support Breonna Taylor, a medical worker killed by police on March 13, 2020, in Louisville, Kentucky.
The money-soliciting meme is completely made up.