Did Democratic presidential nominee Joe Biden talk about how the Chevrolet Corvette is "one of the best cars in the world" while he was visiting a Ford plant? No, that's not true. Biden did mention his love of Corvettes while visiting the United Auto Workers (UAW) Region 1 headquarters in Warren, Michigan, on September 9, 2020. He was not at a Ford plant.

The claim appeared in a Facebook meme (archived here) published on September 9, 2020. The meme read:

#Biden is literally at the #Ford Plant talking about the Corvette being one of the best cars in the world lol! #Chevy

Biden is the very proud owner of a 1967 Chevy Corvette convertible Stingray, a wedding gift from his late father.

While at the United Auto Workers (UAW) Region 1 headquarters, Biden gave a speech in front of a backdrop of six cars -- two Fords, two Chevrolets, a Ram and a Jeep. During this speech, he briefly mentioned his love for his 1967 Corvette and the angle at which he was being filmed made it so one of the car's Ford logo was the only logo visible as he delivered his speech. This may have been slightly misleading to people who didn't witness the speech in person. 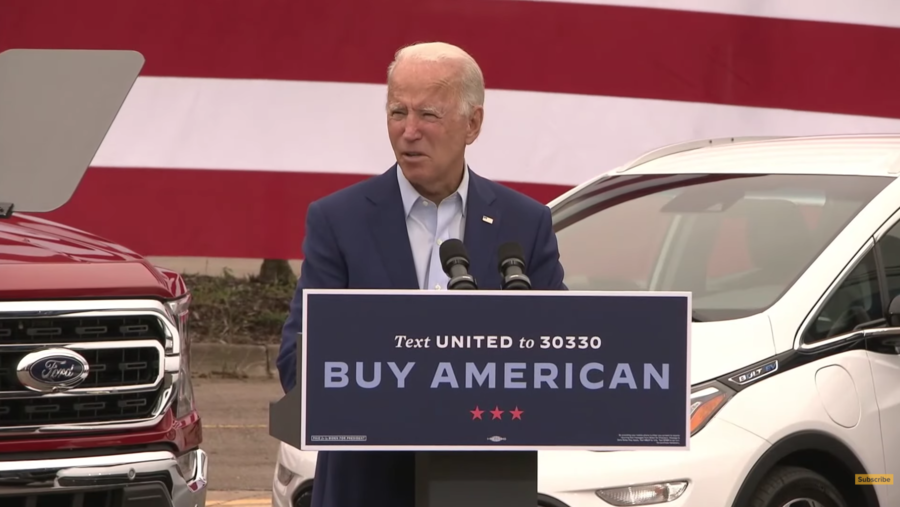 Biden was on the ground in Michigan for about seven hours before flying back to Delaware, according to campaign pool reports. At no point did he visit a Ford Motor Co. plant.

A few weeks ago, Biden released a 90-second video that highlighted his love for his 1967 Corvette. In it, Biden shows off the car's features and finishes by talking about the how the American auto industry can regain the market through electric vehicles. In the video and in his UAW speech, he mentioned his excitement for General Motors' plan for an electric Corvette that will be capable of going 200 mph.