Did Time Magazine publish a cover calling Donald Trump the worst president ever and saying he has "disgraced the highest office in the nation"? No, that's not true: A meme making the claim features a fake cover image.

The claim appeared in a post shared on September 18, 2020 by a Facebook page named "CAKE" (archived here) with following text "Unfair portrayal? Explain why or why not." The image featured a photo of President Trump with the skin on the left side of his face missing. The words on the fake cover read: 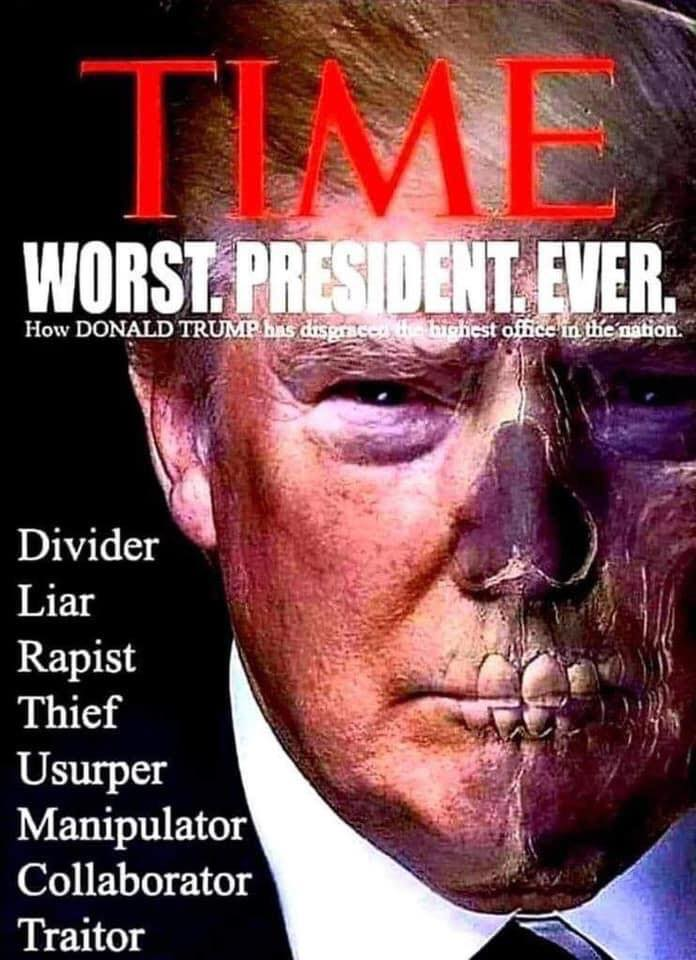 The attempt to fake a Time cover is weak. It has no date or usual markings of a real cover.

Lead Stories is not fact checking the claims made in the image, only the authenticity of the image.