Did Amy Coney Barrett say during her Supreme Court confirmation hearing she s wanot using notes because she has seven kids and is "used to stupid questions"? No, that's not true: The quote was incorrectly attributed to her. In a video of an exchange in which she was asked by Republican Sen. John Cornyn on the second day of the hearing about her lack of notes, she did not mention her children or use the phrase, "stupid questions." The transcript generated by C-Span showed she made no such comment at all during that day.

The claim appeared as a meme in a post (archived here) on Facebook on October 13, 2020, with the text:

Judge Barrett is using no notes! When asked why, she said 'I've got seven kids...I'm used to stupid questions' Quote of the Day!

This is another version of the meme shared on social media: 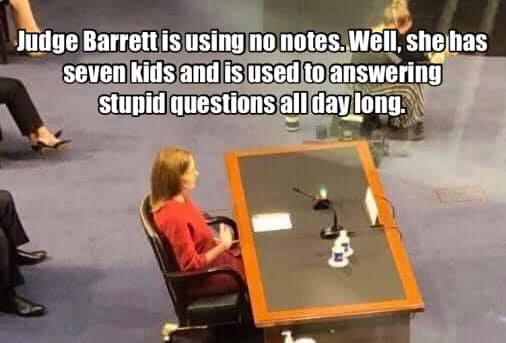 It appears the quote originated from a tweet on October 13, 2020, by Becket Adams, a commentary writer for the Washington Examiner.

i mean, she has seven kids. she's used to answering stupid questions literally all day long. 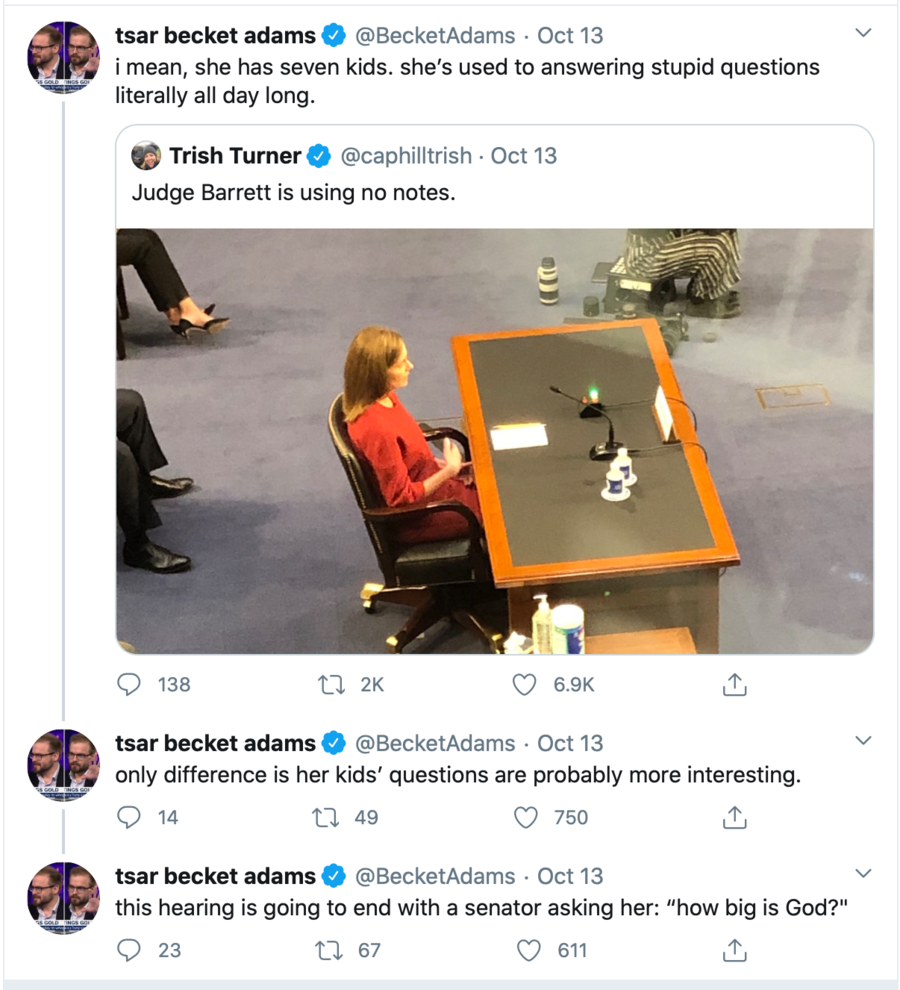 In an exchange during the second day of Barrett's confirmation hearings, broadcast and shared across a wide array of platforms, she was asked by Sen. Cornyn about her notes. He said,

You know, most of us have multiple notebooks, and notes, and books and things like that in front of us. Can you hold up what you've been referring to in answering our questions?"

Barrett responded by holding up the notepad in front of her.

Is there anything on it?"

Lead Stories conducted a search of the entire closed caption transcript generated by C-Span for the second day of Barrett's confirmation hearing on October 13, 2020, and found she never made any mention related to not using notes because she has seven children and therefore is used to stupid questions. A Google search similarly turned up no instance of a remark like that attributed to Barrett offering any corroborating evidence.