Did Donald Trump wear a 9/11 costume on his head when he arrived in Pennsylvania in 2018 to attend a September 11 memorial service? No, that's not true: This is a doctored photo. The photo of Trump with one of the Twin Towers photoshopped onto his head is one of many doctored versions of this photo that have been circulating since 2018.

The claim originated from a Facebook post (archived here) where it was published on October 30, 2018, with the caption:

The following is the original photo: 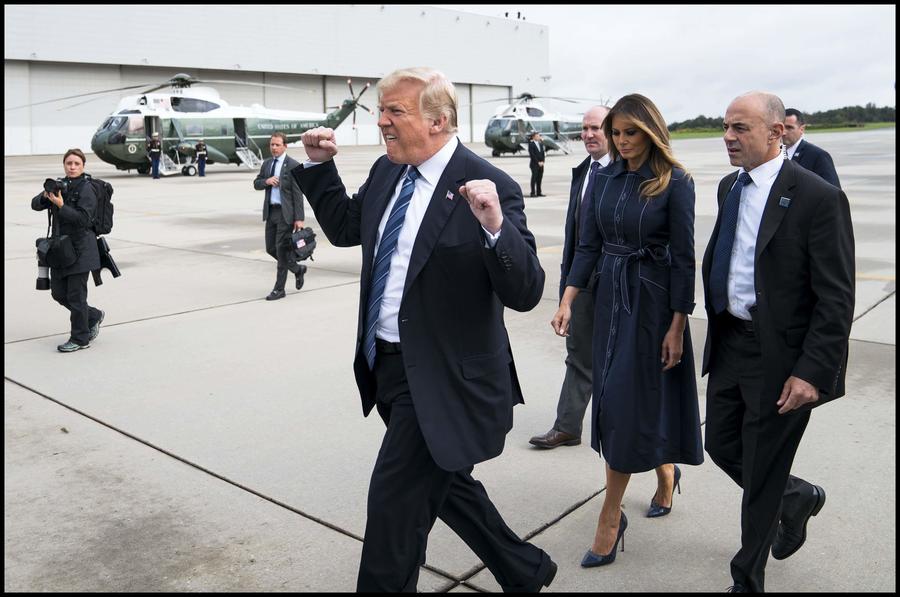 The following is another doctored version:

Although Trump did not wear this September 11 costume to the memorial service, he did face backlash for his double-fisted snarl pictured in the original photo.