Did the official White House website post that it's the "final holiday season for the Trump White House," implying that Donald Trump has accepted defeat in the presidential election? No, that's not true: This is not an authentic government site, which the site says at the bottom of its pages. The site's URL reads, "whitehouse.gov1.info" whereas the actual White House site can be found at www.whitehouse.gov.

The claim appeared on a webpage (archived here) where it was published under the title "White House Christmas Tours 2020." Part of the text on that page reads:

2020 marks the final holiday season for the Trump White House.

This is a screenshot of the page: 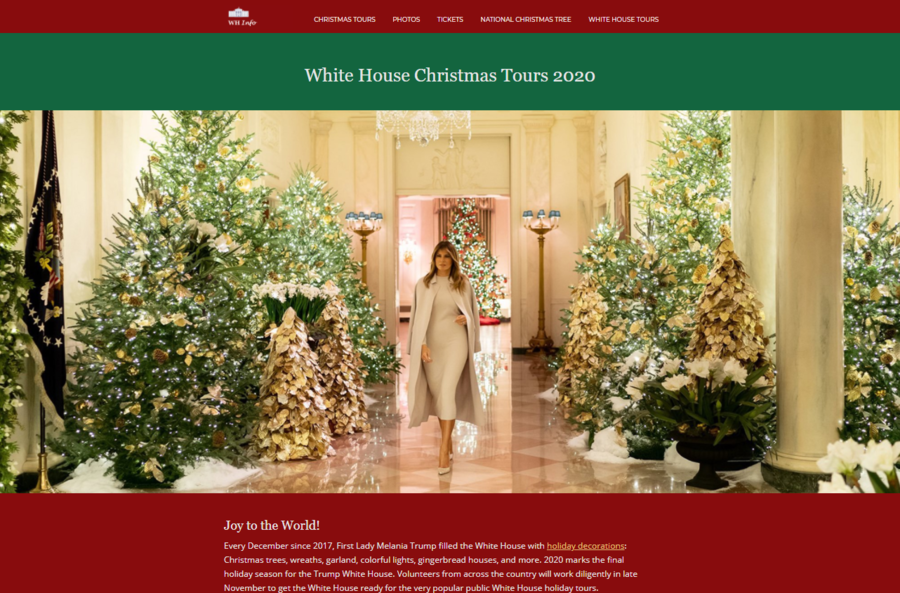 The site, named "White House Info" carries a disclaimer at the very bottom of its pages. In tiny letters, the page says, "This website is not officially associated with The White House." The "about" page starts:

This website is not officially associated with the White House in any way. It provides detailed information about White House related topics of interest such as the annual Easter Egg Roll, White House tours and Camp David.

For its "contact" link, the site lists only a gmail.com address.