Does a video show a real giant creature with glowing eyes in the sky during a thunderstorm? No: the whole thing was created by a video artist who combined footage of a rubber ducky with rainstorm footage and some digital effects in 2018. Since then the video has been endlessly re-used by conspiracy websites and livestreamers looking to create a stir, often by posting a blurry or downgraded version of the footage and claiming it shows some sort of supernatural phenomenon.

The video recently reappeared in a Facebook livestream (archived here) on May 20, 2021. 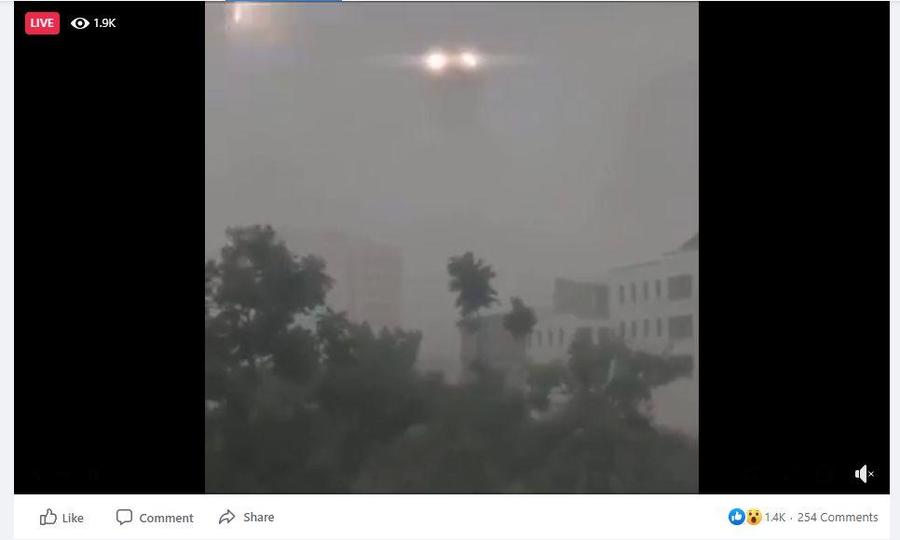 However the video has been online since at least October 2018 with a title that reads "Strange Creature Caught on Camera Cthulhu Rubber Duck - AfterEffects and Blender3D" and a description that says:

CG and VFX shot of a strange floating rubber duck on the sky. The original footage was shot near my office during a heavy rain. 3D model are render with Blender3D into PNG sequences. Then they are import into After Effects for post effects and compositing. All sounds are from Youtube Audio Library.

The video was put online by a YouTube channel named "mclelun" that describes itself on its about page as:

I am a designer + programmer from Malaysia who also happens to be color blind. I enjoys doodling, developing games and experimenting with a variety of art and design software in my spare time. In this channel, you can see some of my animations and paintings.

This is the original video (archived here):