The claim appeared in an Instagram post (archived here) published on August 30, 2021. It features a video of armed forces in an air hangar with text that reads:

The fact that we won't destroy the 85 billion dollars worth of weapons and equipment now in terrorist hands tells you one thing: this was all planned. Anybody who disagrees with that is so blind that they need a walking stick.

A post shared by #1 In Exposing Liberal Lies (@the_typical_liberal) 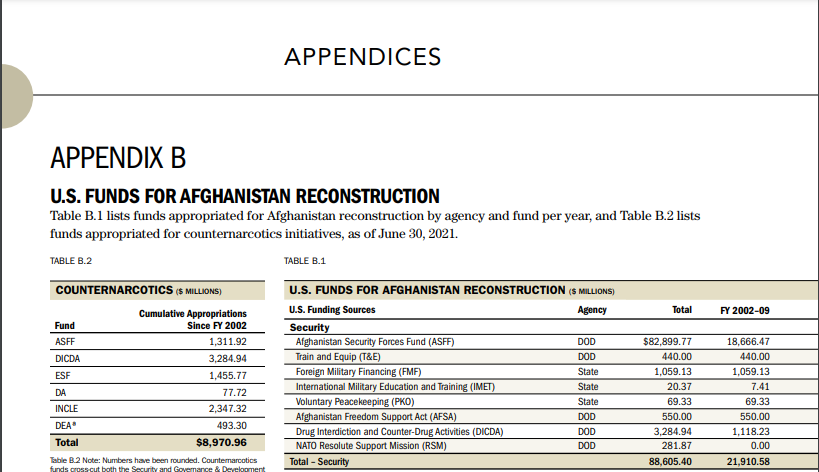 Not all of this money was dedicated to weaponry or equipment. Another section of the report reads:

Congress established the ASFF in 2005 to build, equip, train, and sustain the ANDSF ... A significant portion of ASFF money is used for Afghan Air Force (AFF) aircraft maintenance, and for ANA, AAF, and Afghan Special Security Forces (ASSF) salaries. The rest of ASFF is used for fuel, ammunition, vehicle, facility and equipment maintenance, and various communications and intelligence infrastructure.

As for the allotment of funds toward weaponry and equipment for Afghan forces specifically, an earlier report published in June 2019 reads:

Lead Stories reached out to SIGAR for more information about the amount of money allocated toward weaponry and equipment in Afghanistan. In a September 2, 2021, email, a spokesperson at SIGAR corroborated the numbers in the SIGAR quarterly report published on July 30, 2019.