Is Jacob Rothschild worth "$500 trillion" and does he own "every central bank in the world"? No, that's not true: A satirical meme posted about the wealthy Rothschild exaggerates his estimated $5 billion wealth and erroneously claims that he owns every central bank in the world. There is no evidence he has financed both sides of every war since Napoleon as he wasn't born for more than 100 years after Napoleon led the French army.

Mr. Burns from The Simpsons is based off
Jacob Rothschild
net worth 500 trillion
Owns every central bank in the world
Financed both sides of every war since
Napoleon 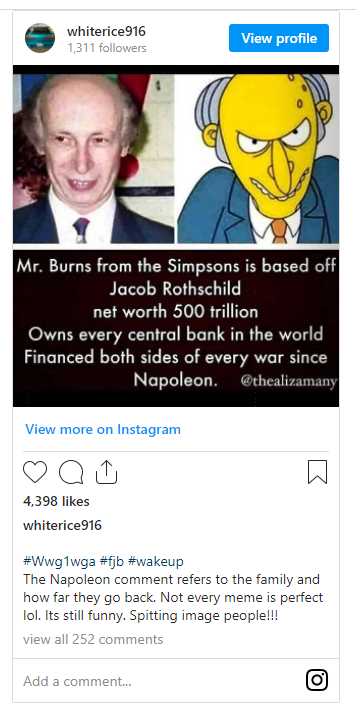 The meme is a satirical comparison of the cartoon character of Homer Simpson's boss Mr. Burns from "The Simpsons" and an unidentified man. It's not clear whether the man in the photo is Rothschild, who is shown below in what appears to be a more recent photo. 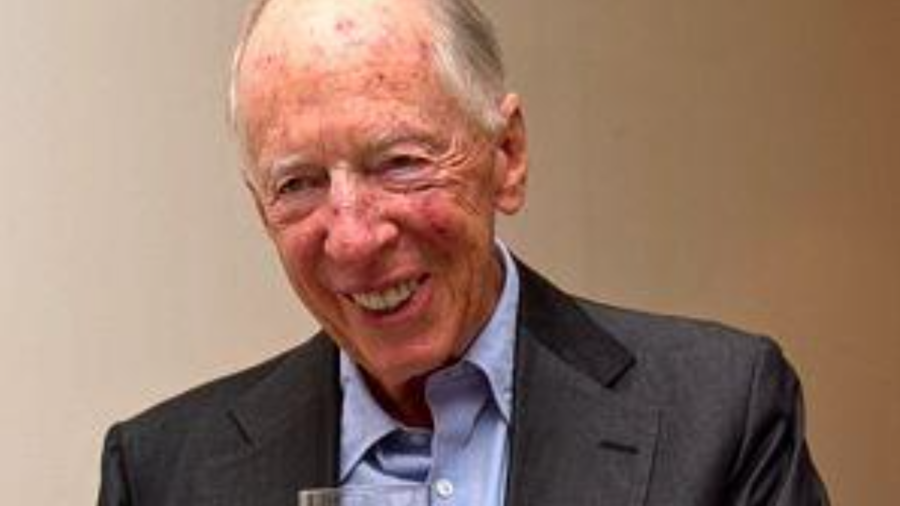 The claims in the meme are false:

The net worth of Jacob Rothschild has been estimated at $500 billion dollars by Celebrity Net Worth and the 360 Report, not $500 trillion.

Owns every central bank in the world

The Anti-Defamation League has published reports regarding the antisemetic conspiracy theories about the Rothschild family owning all of the world's banks:

In more recent years, the antisemitic notion that "the Jews" dominate and command the U.S. Federal Reserve System and in effect control the world's money has surfaced across the extremist spectrum.

There is a section in the report titled, "The Rothschild Connection," which says, "In the literature of bigots, the name Rothschild is a trigger for the most explosive of antisemitic tremors, and it usually sets off a litany of other Jewish names." The article continues:

Financed both sides of every war since Napoleon

The post's claim that Rothschild "financed both sides of every war since Napoleon" is illogical. Napoleon was the French military leader in the late 1700s and early 1800s. Jacob Rothschild was born in 1936, which was more than 100 years after Napoleon was leading the French in its wars. Multiple wars were waged around the world during this time and subsequently, and there is no proof that Jacob Rothschild financed both sides in any war, let alone every war.

The caption on the Instagram post uses the hashtag "#Wwg1wga," which is a QAnon slogan that means "Where we go 1 we go all." QAnon is an unfounded conspiracy theory that posits, among other things, that Donald Trump is waging a secret war against satanic Hollywood elites, Democratic elected officials and business leaders who are running a secret international child sex trafficking ring. QAnon followers receive messages online from an account called "Q" that they believe informs them of the coded messages Trump is sending to signify his accomplishments in the secret war. QAnon supporters believe Trump will oversee arrests of high-powered people for child sex abuse and that he will be returned to a place of power as the president again. They have been referring to something called the "Storm," which will be the moment Trump will expose and punish the international cabal of evil-doers.

Lead Stories has debunked multiple claims made by QAnon supporters including these, here and here.