Did Jacinda Ardern, the prime minister of New Zealand, appear on a billboard that includes the phrase, "No Jab, No Job, no refunds"? No, that's not true: Ardern's media staff told us that the billboard was fake. We also found the original billboard image.

The claim appeared in a Facebook post (archived here) on December 8, 2021. The post was a picture of a billboard with Ardern on the front with these words next to her:

Remember to book your Christmas booster! Each booster gives you up to six months worth of freedoms!*

No Jab, No Job, no refunds.

*Freedoms not available in all areas and are subject to change. 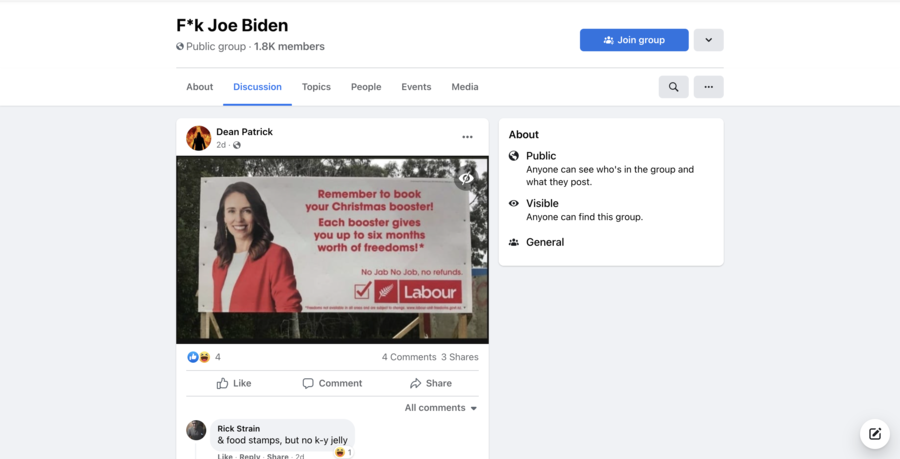 The image of the billboard seen in the Facebook post has been edited. The original image on the billboard (we can't reproduce it here due to its copyright, but you can see it at the link) includes the same picture of the prime minister but has the phrase "Let's keep moving" with the Labour Party logo on the billboard. Ardern is part of the in New Zealand Labour Party.

We emailed the prime minister's media staff for a comment on this claim. They told us on December 10, 2021, that the billboard was "obviously fake."