Was American actor Steven Seagal spotted among Russian special forces positioned near Kyiv? No, that's not true: The CNN tweet is fake and the image used of Seagal from the 2016 movie "Cartels."

The claim appeared in a Facebook post (archived here) published by Legally Armed America on February 28, 2022. It opens: 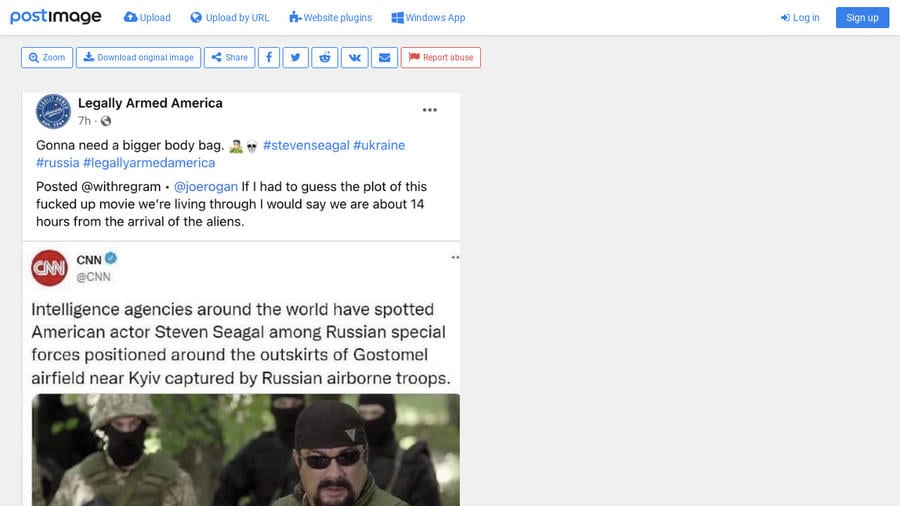 The fake tweet includes a picture of Seagal in military fatigues with the caption:

Intelligence agencies around the world have spotted American actor Steven Seagal among Russian special forces positioned around the outskirts of Gostomel airfield near Kyiv captured by Russian airborne troops.

The image is from the movie "Cartels." It's available on the Alamy photo agency website with the caption, "CARTELS, (aka KILLING SALAZAR), Steven Seagal, 2016. © Lionsgate/courtesy Everett Collection." 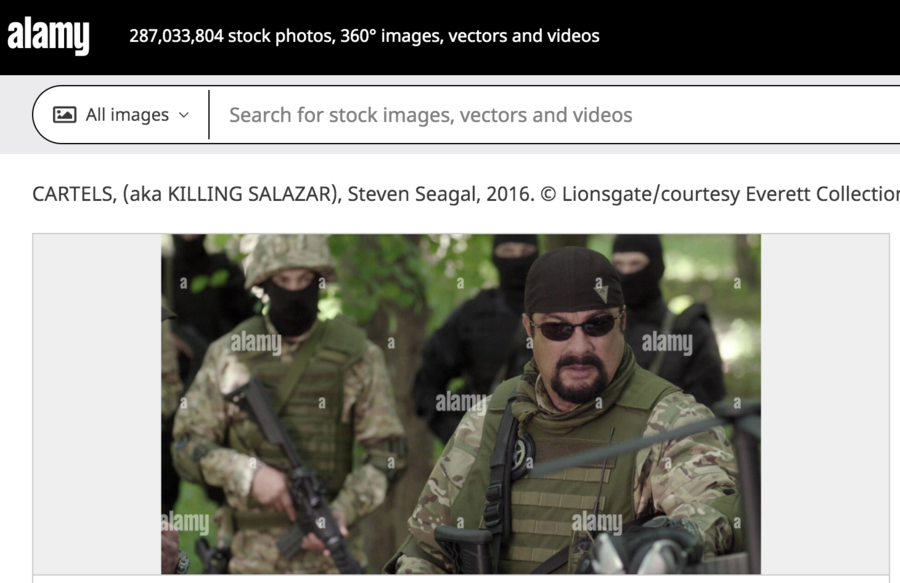 The image was first posted by Joe Rogan on February 28, 2022, to his Instagram account but he subsequently posted a message saying he deleted it after learning it was a parody. 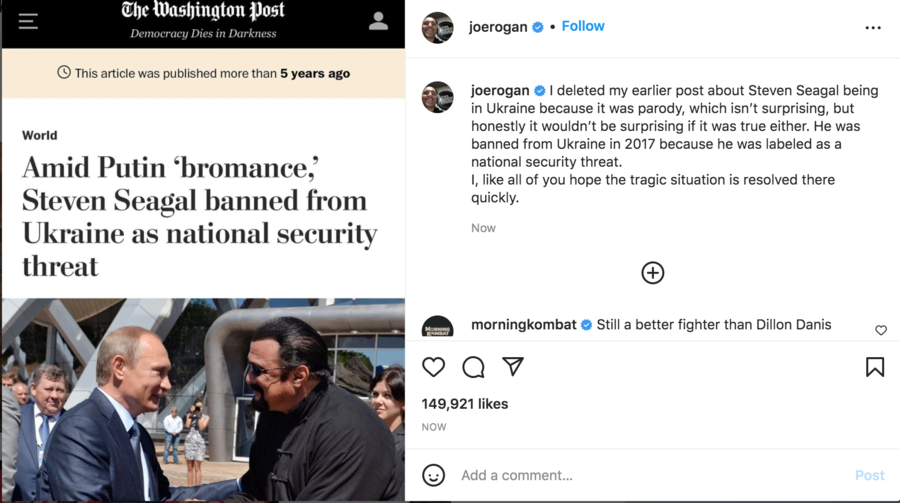