Will Ottawa euthanize truckers' pets as punishment for the convoy protest? No, that's not true: Pets were not threatened with death as a punishment for protesters getting arrested in Canada. A message was posted to Ottawa's animal control service Twitter account on February 17, 2022, telling demonstrators not to bring pets to the protest because they would be taken from anyone arrested and placed in the pound. The Ottawa Humane Society told Lead Stories only one pet was taken from an arrestee and that one was given back the same day.

The claim appeared in an article (archived here) published by The Counter Signal on February 17, 2022, under the title "SHOCK POLICY: Ottawa may euthanize truckers' pets as punishment." It opened:

The same day that videos emerged of Ottawa and Quebec police gearing up to go after peaceful Convoy supporters in the capital, the Ottawa government has warned protesters that their pets may be confiscated following their arrest. 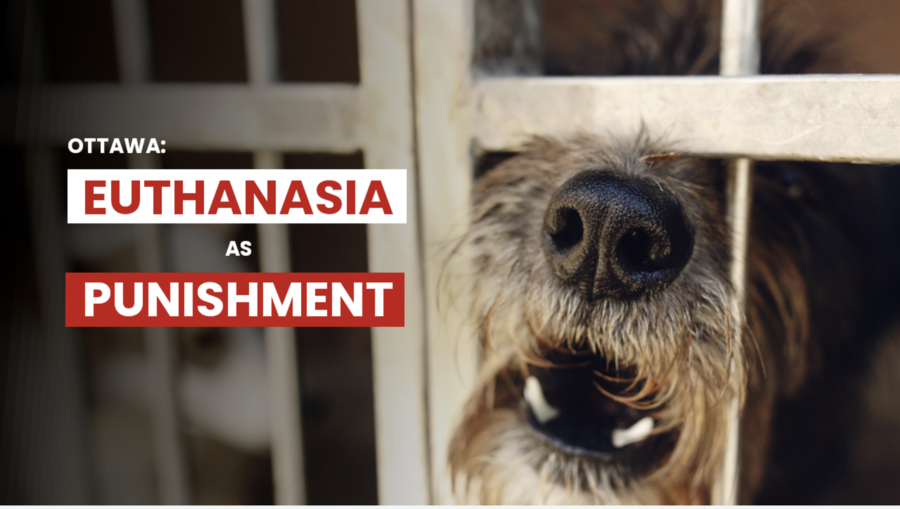 Ottawa By-law & Regulatory Services, the uniformed force that enforces regulations such as animal control rules, posted the tweet from their official account @OttawaBylaw on February 17, 2022. Hours later they posted a follow-up tweet:

The Animal Care and Control By-law provides for temporary "protective care" by the City of animals in the event that the owner is not available, under circumstances including eviction, incarceration, or fire or medical emergency. https://t.co/Pf1Irf70al

Animal Care and Control (By-law No. 2003-77) declares the Ottawa Humane Society as the "operator of the pound" for animals taken into custody.

Stephen Smith with the Ottawa Humane Society told Lead Stories via email on February 25, 2022, that they had "received one animal as a result of arrests at the protest, and the animal was returned to its owner the same day." He explained:

The Ottawa Humane Society provides temporary care (i.e. protective care) for pets whose owners are incarcerated, leaving no one to care for the pet.

Arrangements may be made by phone, and if the owner is unable to collect their animal, they may designate someone to do so on their behalf.

To learn more about humane euthanasia at the OHS, please visit: https://ottawahumane.ca/about-us/media/position-statements/#answer10

The website notes Ottawa Humane will hold an animal until it is adopted and only consider euthanasia if the animal is "suffering severely or incurably" or is not otherwise deemed eligible for adoption.

Roger Chapman, the director of By-law and Regulatory Services, emailed Lead Stories on February 25, 2022, to provide more details on the one detained animal:

In association with the demonstration, one dog was placed into protective care because the car it occupied was being towed, and the owner was not present.

Lead Stories has debunked multiple claims regarding the trucker convoy in Canada, which you can find here.