Did Russia unveil a nuclear weapon called "Satan 2" amid the invasion of Ukraine? No, that's not true: None of the images in the social media post making the claim are of new nuclear weapons. All are of older weapons, none of which have been unveiled during the 2022 Russian invasion of Ukraine. The "Satan 2" nuclear weapon has been in existence since at least 2016 according to media reports. While Russian President Vladimir Putin boasted in 2018 that "not even future missile defense systems" would be effective against what NATO dubbed the "Satan 2," Russian officials have not claimed it could "destroy everything breathing in the world."

The claim appeared in a Facebook post (archived here) published by Thunder Newspaper on February 25, 2022. It opened:

Should in case USA, NATO and Western world interferes 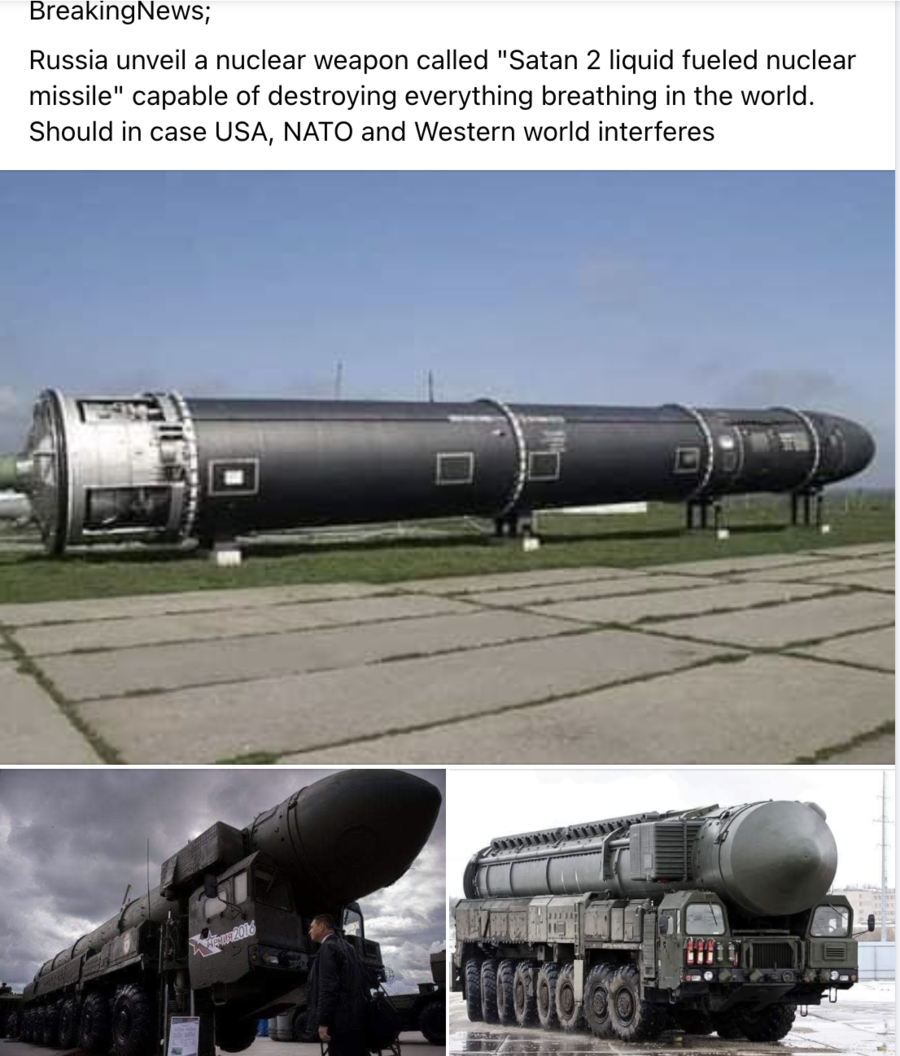 Although the text accompanying the photos does not make direct reference to the 2022 Ukraine-Russia conflict, the implication is clear, from the "Breaking News" beginning to the reference to "in case USA, NATO and Western world interferes."

The caption is accompanied by three photographs, none of which are images of nuclear weapons that have been newly introduced by Russia as that country attacks Ukraine in 2022.

Using tineye.com reverse image search, Lead Stories identified all the images. The top image in the post is the RS-28 Sarmat ICBM. The photograph was published in an October 2016 Business Insider article titled, "Why Russia just introduced an extremely dangerous new nuclear missile called the 'Satan 2.'" 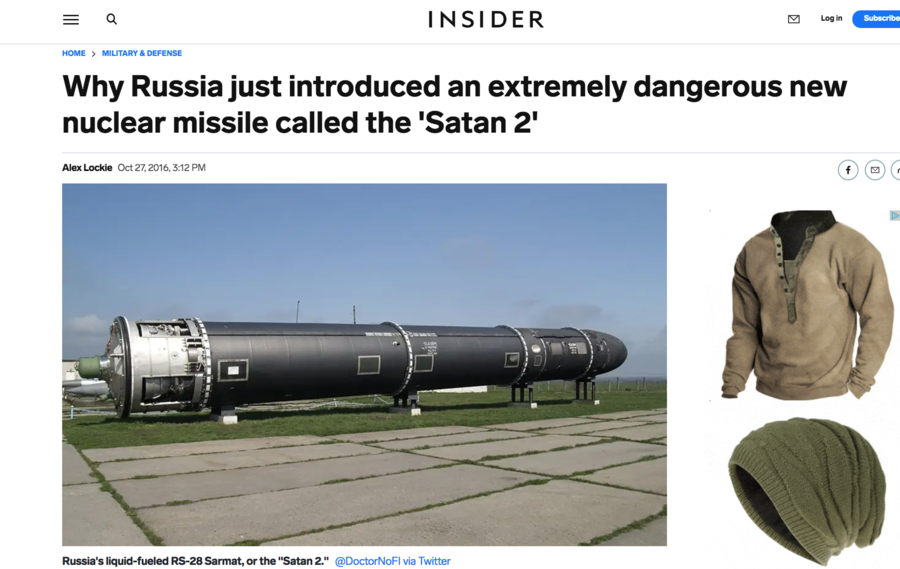 On Sunday, Russian state-run media unveiled a new intercontinental ballistic missile: the RS-28 Sarmat, or the 'Satan 2' as NATO calls it. The Satan 2 is due to replace Moscow's current standby, the R-36, or 'Satan.'

The image on the bottom right was published in a March 2014 Business Insider article titled, "Russia Test-Fired An Intercontinental Ballistic Missile." The article includes the image with the caption:

The image on the bottom left was published in an October 2016 ABC News article titled, "7 Ways Russia Is Telling People to Prepare for War."

The photo, from Getty Images, shows a missile that is part of an exhibition and not a current nuclear weapon that could be used during the invasion of Ukraine in 2022. It was published with the caption:

Utkin/AFP/Getty Images
A man looks at a Russian Topol intercontinental ballistic missile launcher at the permanent exhibition of military equipment and vehicles at Patriot Park in Kubinka, outside Moscow, Sept. 8, 2016. 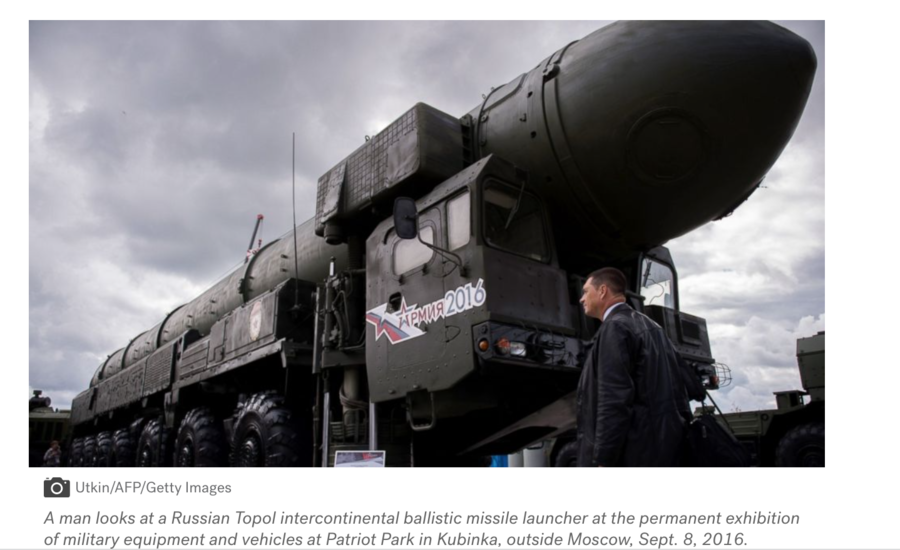 An ABC News report in 2018 titled, "Russia has tested new nuclear missile that NATO calls 'Satan 2'" revealed that Russia claimed they performed a test launch of "its most advanced nuclear-capable intercontinental ballistic missile." While the missile has the capability of carrying multiple warheads, it does not have the capability to destroy "everything breathing in the world." From the article:

The chief innovation of the Sarmat is its ability to carry a large number of guided warheads, meaning that it will be able to rain down individual warheads flying themselves to targets. The massive rocket, which Putin claimed weighs over 200 tons, is believed to be able to fly 16,000 miles and is capable of flying over the South Pole to strike the U.S."