Is an image of two men bearing rifle cutouts in Ukraine an example of a "staged" photo used for "propaganda purposes" during the conflict between Russia and Ukraine? No, that's not true: The image was taken during a civilian training exercise, which explains why the men are not carrying real weapons.

The claim appeared in a Facebook post (archived here) on February 27, 2022. The post included a picture of a Fox News report that used the image of the two men. The caption of the post reads:

Don't worry there are no staged photos for propaganda purposes happening in or around the Russia Ukraine invasion. #bots #spam #cyberattacks 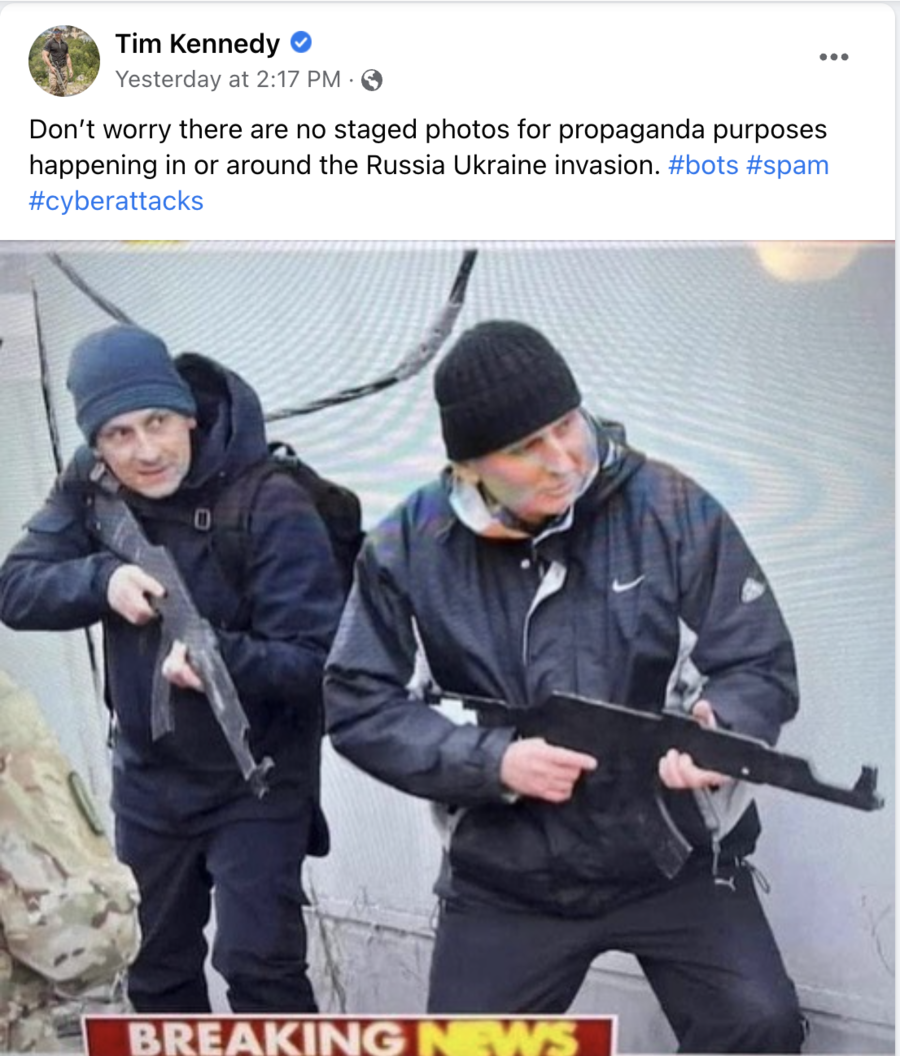 Lead Stories located the image on Alamy, a stock photography website. The image was taken on February 19, 2022, and provided by Ukrinform, a Ukrainian news agency. The full caption of the image stated:

KHARKIV, UKRAINE - FEBRUARY 19, 2022 - Two men with rifle cutouts take cover behind a corner during the territorial defence drill for civilians given by Azov Regiment veterans under the slogan 'Don't Panic! Get Ready!', Kharkiv, northeastern Ukraine.

Lead Stories also found the Fox News report that used the image. The report featured Kira Rudik, a Ukrainian member of parliament. The image appeared at the 6:43 mark of the report.