The claim appeared in a Facebook post (archived here) on March 24, 2022. It had a video that included a screenshot of an article titled "Russia Issues International ARREST WARRANT For ROTHSCHILD & SOROS!" The caption reads: 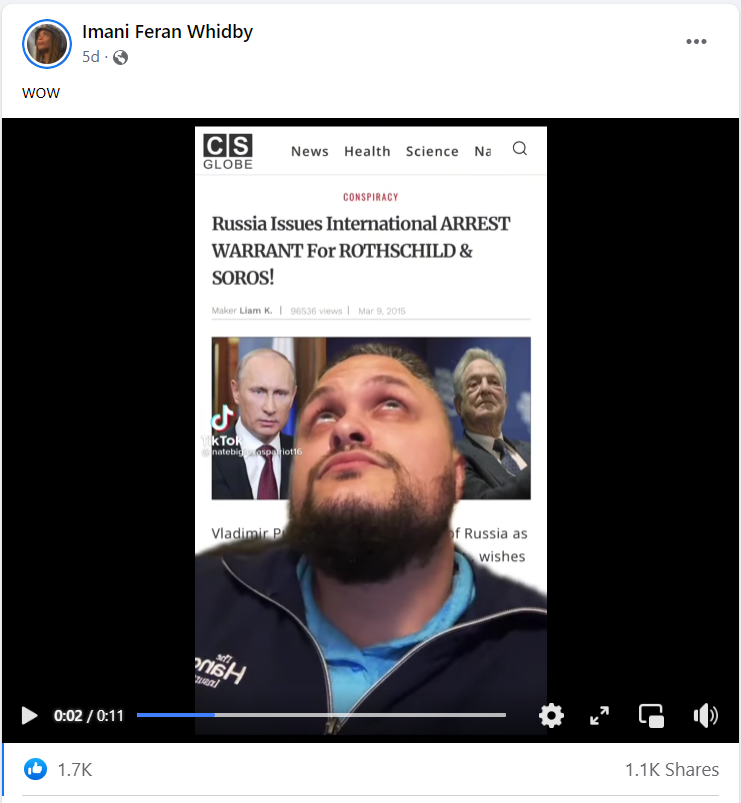 The Facebook video runs just 11 seconds. In it, a man appears in front of a CS Globe article from 2015 with the headline "Russia Issues International ARREST WARRANT For ROTHSCHILD & SOROS!" The article features images of Putin, Rothschild and Soros. With dramatic music playing underneath, the man in the video gazes up at the headline and then looks at the camera as if to say, "Do you see this?" and the video ends.

A different version of the claim from March 27, 2012, appears on YouTube:

And another version of the claim from July 9, 2015, appears on the meme, video and GIF site iFunny: 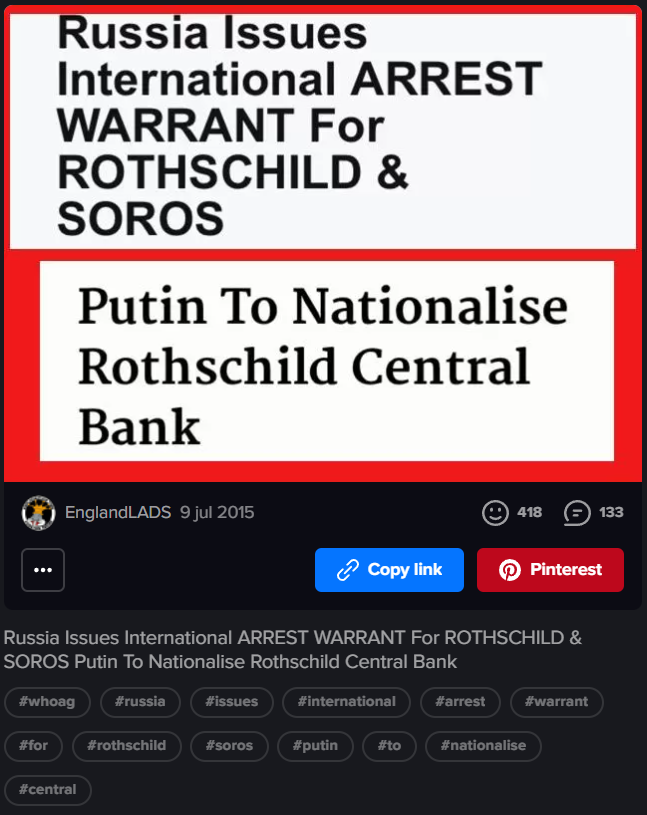 There are other articles promoting the same false claim that can be found elsewhere (here, here and here).