Was George Soros taken into custody for crimes against America? No, that's not true: This is a fictional story from a network of satire websites. The article was designed to trick people who do not read the whole article, who share or comment after only reading the headline.

The man behind the money that funds all of the liberal trolls on the internet and all of the paid protesters currently trying to burn down the American way of life has been arrested on charges of hate crimes against the people of the United States. George Soros, billionaire snowflake and the cause of every problem in America was taken into custody on a warrant signed by the president himself, Donald Trump.

Soros Taken Into Custody for Crimes Against America

The charges will never stick but at least they're trying.

It is common for these satire articles to contain secret messages hidden behind hyperlinked text. The words "taken into custody," will take the reader to a Google Translate page that offers the Russian translation for, "No he wasn't. Don't be stupid."

Articles from Blair's sites frequently get copied by "real" fake news sites who omit the satire disclaimer and other hints the stories are fake. The ALLOD story was republished on February 26, 2017 by a blog iamamalaysian.com (here)(archived here). Two other copies of the story which were mentioned in the Snopes debunk are archived (here) and (here) were both republished on websites, bluevision.news and amposts.com, that no longer exist. On July 4, 2020 the story was copied and republished by usavotefortrump.com (here)(archived here). 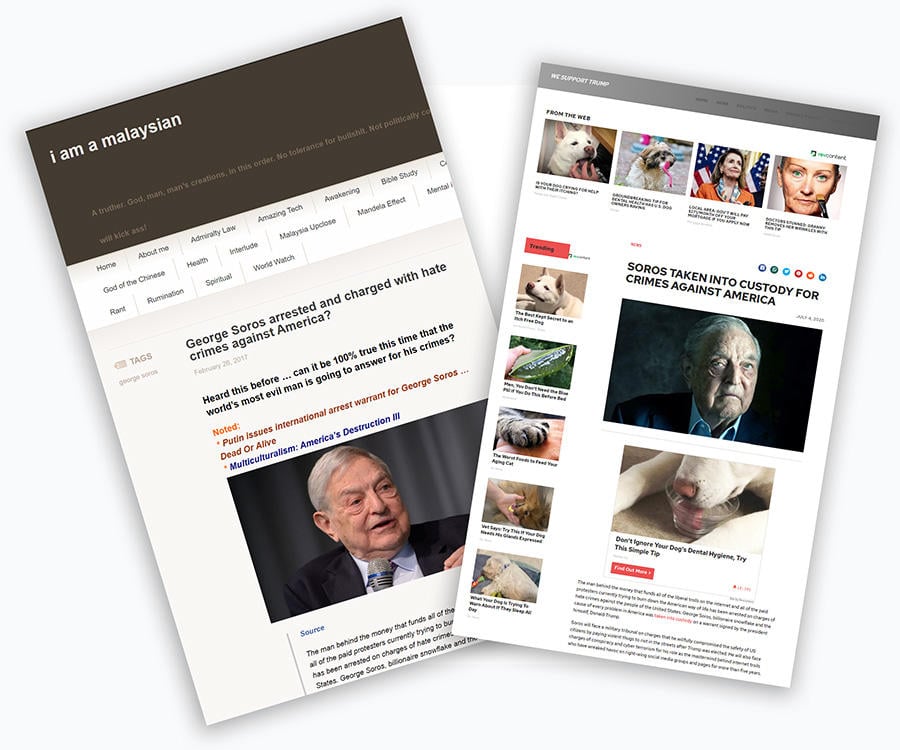