"A Boeing 737 just crashed in southern China. This was one of the last moment recorded on the plane. maybe the only moment. Viewers' discretion advised. #planecrash #Boeing #China https://t.co/YvTpSNSCV9"

The video posted on Twitter purports to be taken from inside an airplane with the wing visible as it crashes into the ground. People are heard screaming before the audio sounds like a crash and goes black.

It is not footage from the China Eastern Airlines Boeing 737-800 plane that crashed into the mountains in the Guagnxi province on March 21, 2022, with132 people on board, which was reported on by the Washington Post and other major news organizations.

The video on Twitter is a 10-second clip of a 10:15 flight simulation video posted on YouTube in 2019 titled, "Ethiopia Plane Crash, Ethiopia Airlines B737 MAX Crashes After Takeoff, Addis Ababa Airport [XP11]." The segment falsely posted as being from the China crash is at 9:22 in the simulation video. The plane in the simulation video was a 737 Max series, not a 737-800 series, which the one that crashed in China was.

​​THIS IS NOT EXACTLY WHAT HAPPENED, THIS IS ONLY A SIMULATED FLIGHT CRASH FOR ETHIOPIAN AIRLINES FLIGHT ET302.

And it adds that the screaming people sound was edited into the simulation video:

At the time that the plane went down you can hear people onboard screaming, this sound is added while editing, so this is not implemented from the simulator.

The logo of China Eastern Airlines is a red-and-blue design on the tail and the wings of their planes. The airline's website changed its colors to black and white on March 21, 2022 as a symbol of respect following the crash. The color logo on their planes is seen from a Getty Image on CBS News here: 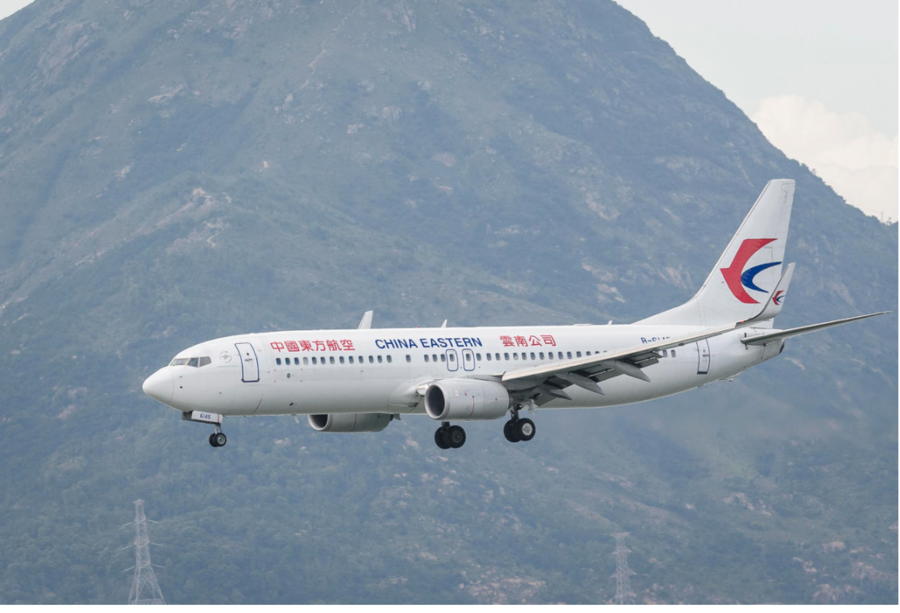 The logo of Ethiopian Airlines is a green, yellow and red design as seen here: 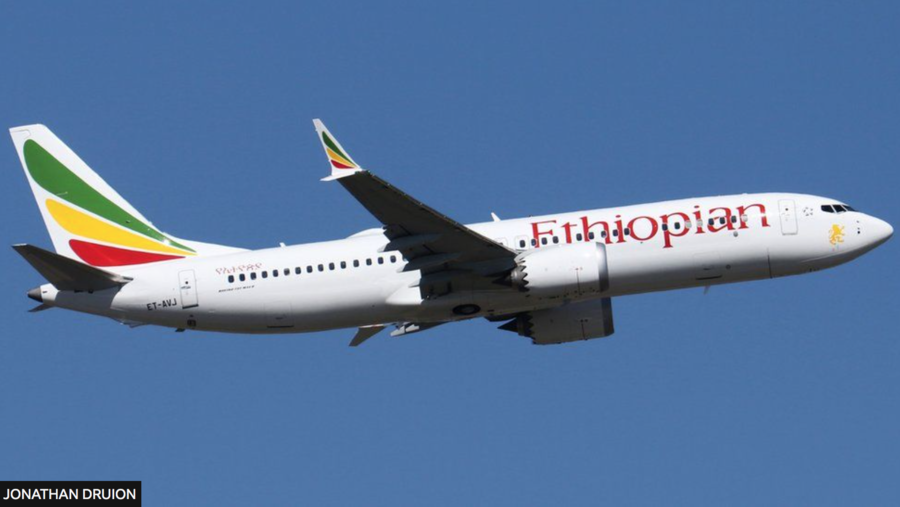 A photo from the wreckage in China was released by Xinhua News Agency shows a piece of the plane with the China Eastern Airlines logo: