Did the "Pacer Test" get banned for child cruelty? No, that's not true: There is no evidence that the running test commonly used in schools has been banned for child cruelty. The website that published this article is satirical and not meant to be a reputable news source, and no creditable media outlets or organizations have reported such a ban. 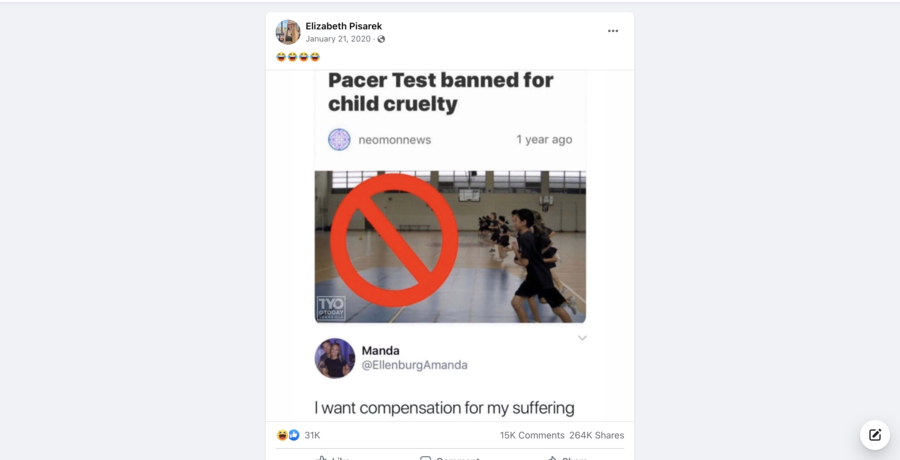 PACER is an acronym for the Progressive Aerobic Cardiovascular Endurance Run test. A Google search of the question, "Has the Pacer Test been banned?" shows no evidence from any reliable source that the Pacer Test has been banned for any reason, let alone child cruelty.

Under the title of the post, Facebook users can see that it refers to an outlet named neomonnews. This is a website called Neomongolia News Network. Its "about" page claims it is the main news source to a nation of people, but Neomongolia is not a real country. The page says, "Neomongolia News Network was founded by some old man in 1956, following this, it became the main news source of the nation's people. I was paid 3,000 dollars to write this give me my money."

This is a satirical website that seems to have stopped publishing articles on March 14, 2017, although the Facebook post referencing the Pacer article was published almost three years later.

The Pacer Test article was published on February 27, 2016. It began: "A controversial fitness test has been banned from all schools in Neomongolia today after an executive order by President Chinkus." At the time of writing, Lead Stories could not find a "President Chinkus" for a real nation. When searching for "President Chinkus" on Google, only more articles from Neomongolian News Network appeared.

Lead Stories reached out to the FitnessGram program at the Cooper Institute, creator of the FitnessGram PACER Test. We will update this story if they respond to our query.