Throw the whole license away ..... it's already loaded with points 😔 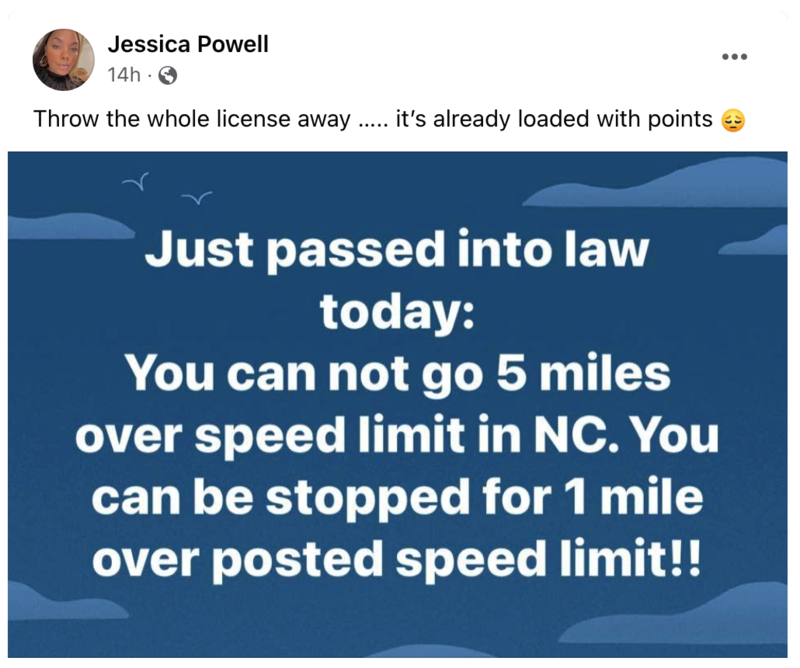 I can confirm that there has NOT been a change to North Carolina law with regards to speeding statutes nor has there been any changes to our agency's enforcement of these laws. The North Carolina State Highway Patrol issues citations or makes arrests only for definite, clear-cut and substantial violations of the law.

Knox cited North Carolina's current speed restrictions statutes and the fact that North Carolina is an "absolute law" state. According to a March 23, 2016, NBC12 report, going "Just 1 mile over the limit could land you a speeding ticket in NC" and, contrary to the implication in the post, that's nothing new.