As the Colorado River sinks, guess what's being revealed.

The further they dig the blacker the planet becomes... 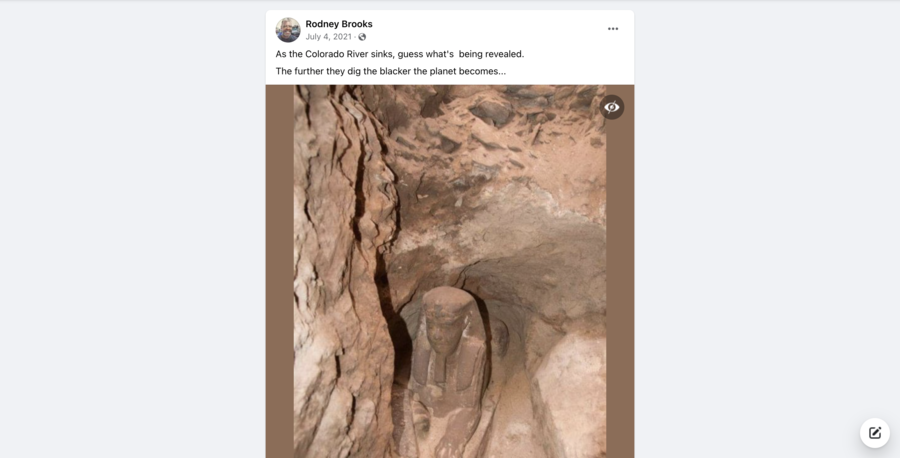 The creator of this post does not cite any sources that affirm the claim that this sphinx was found in the Colorado River.

A reverse image search of the sphinx led Lead Stories to an AP article from September 16, 2018. The statue of a lion's body with a human head was found in the Egyptian city of Aswan, a southern city located near the Nile River.