Are girls starting puberty as young as 6 years old something exclusive to the United States? No, that's not true: Although the U.S. has produced studies showing that young girls are experiencing signs of puberty earlier than previously observed, other countries have done the same.

The claim appeared in a video posted to Facebook (archived here) on May 28, 2022. The caption of the video read: 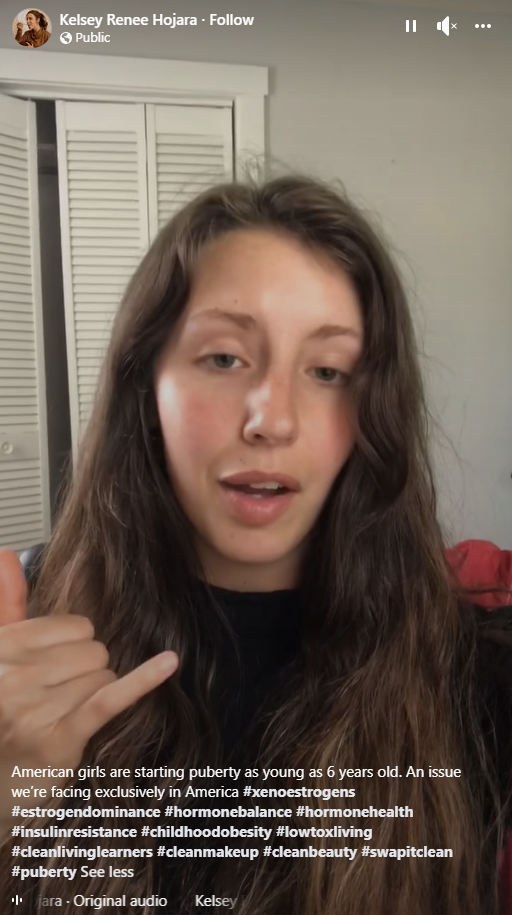 There is no evidence that girls in the U.S. are the only ones experiencing precocious puberty, a term used to describe the early onset of pubertal traits in children. There are studies that show this is happening in various degrees of severity all over the world.

However, The New York Times highlighted a specific example in a May 19, 2022, article (archived here). The onset of pubertal traits was studied among 17,000 girls in the U.S. and published in 1997. The study found that such traits were occurring at younger ages than previously thought.

Researchers are not entirely sure what causes precocious puberty in children, although there are links to factors such as obesity, stress, exposure to sex hormones and rare diseases.

The narrator of the video making the claim said that xenoestrogens found in endocrine-disrupting chemicals such as parabens and bisphenol A (BPA) are connected to precocious puberty. Although some researchers have looked into such chemicals, there hasn't been sufficient data showing a causal relationship between endocrine-disrupting chemicals and early puberty at the time of writing.

The narrator of the video making the claim also used a screenshot of a Daily Mail article (archived here) published on May 19, 2022, to seemingly justify her point. However, the Daily Mail article doesn't say that the early onset of puberty is exclusively an American phenomenon; it just highlights the occurrence in girls in the United States because it was referencing the aforementioned article from The New York Times that primarily focuses on American girls and precocious puberty.