Does a social media video show Mexican drug cartel members "ready to invade America"? No, that's not true: When the video was released in July 2020 by a Mexican criminal group, the Jalisco New Generation Cartel (CJNG), it was meant as a public display of its firepower challenging Mexican President Andrés Manuel López Obrador after a visit to the state of Jalisco. The footage wasn't a threat to invade the United States. Also, a military-style invasion of the U.S. by the cartel never took place. 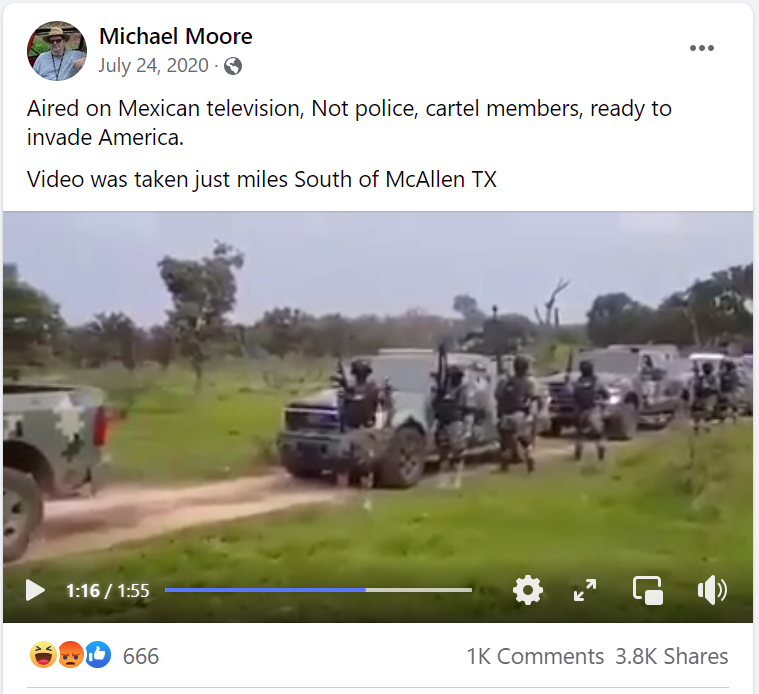 A week before this post was made, the video, as well as news reports about it, were already circulating. CMF Global Risk Solutions, an organization that provides risk management services throughout Latin America, posted a short analysis of the footage when it was released on July 17, 2020:

The Jalisco New Generation Cartel (CJNG) releases a video as a public display of their firepower challenging Mexican President Andrés Manuel López Obrador(AMLO) after yesterday's visit to the state of Jalisco. AMLO said his administration will not negotiate and will not be intimated by organized crime.

The CJNG is a powerful trafficking group in Mexico and is run by Nemesio "El Mencho" Oseguera, one of the country's most wanted drug lords. Throughout the video, cartel members shout "only Mencho's people," in reference to their leader. The U.S. Drug Enforcement Administration (DEA) is offering $10 million for information leading to his arrest: 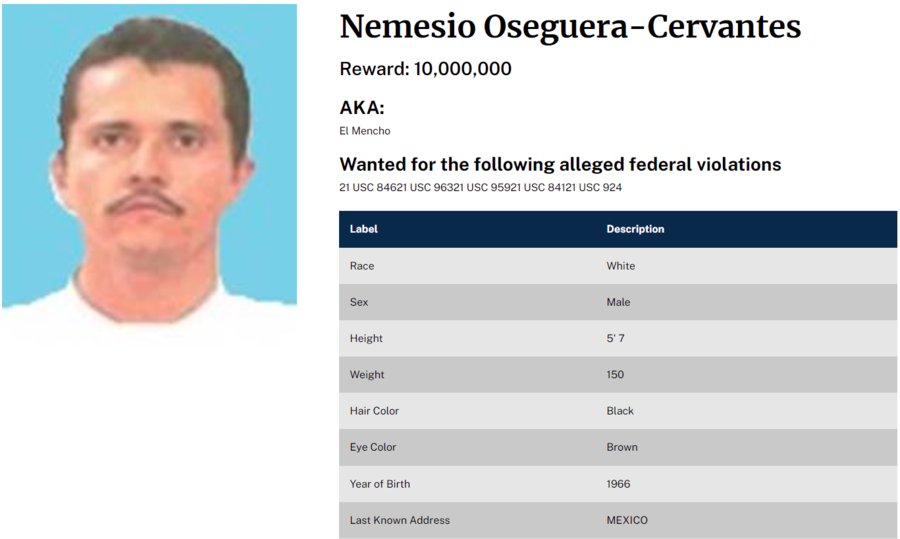