Does a Facebook video show the Ukrainian navy destroying "13 Russian warships in the Black Sea"? No, that's not true: The clip recycles old unrelated footage of Russian -- not Ukrainian -- ships in action. More importantly, the video never discusses the 13 "destroyed" ships mentioned in the caption -- the narrator only says that those are "on high alert."

The claim originated in a Facebook video published on August 11, 2022. The caption, however, referred to the events that supposedly happened the next day:

The clip opened with a sentence appearing on the screen, accompanied by the sounds of a typewriter:

At the 1:57 mark, the voiceover continued:

But the video never mentions the purported battle described in the caption. The claim contradicts itself in other respects, too: It does not show Ukraine's navy in action -- instead, the part of the clip discussing maritime war activities consists of Russian Ministry of Defense archival footage depicting Russian ships firing missiles, as indicated in the source line, partially written in Russian: 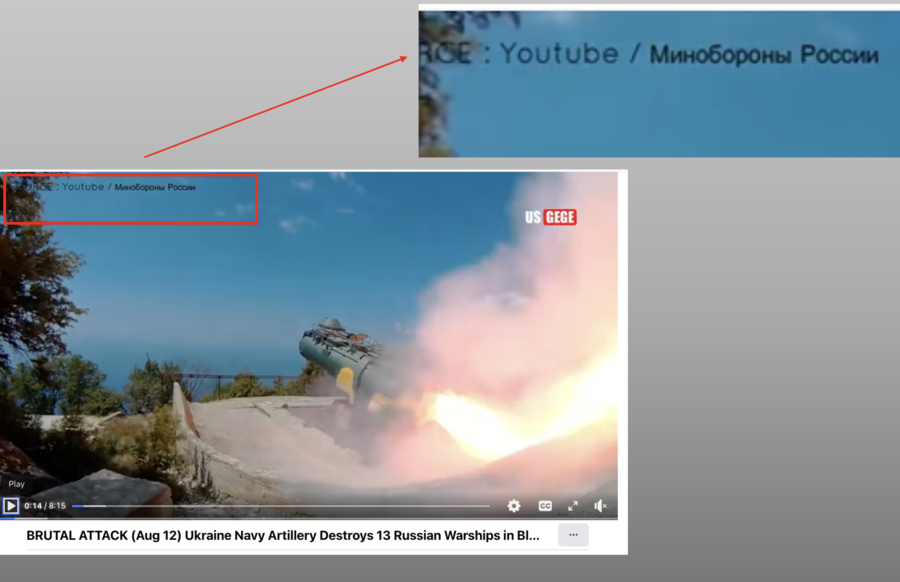 Many of these shots were taken long before the 2022 Russian invasion of Ukraine.

For example, this image appears at the 00:29 mark: 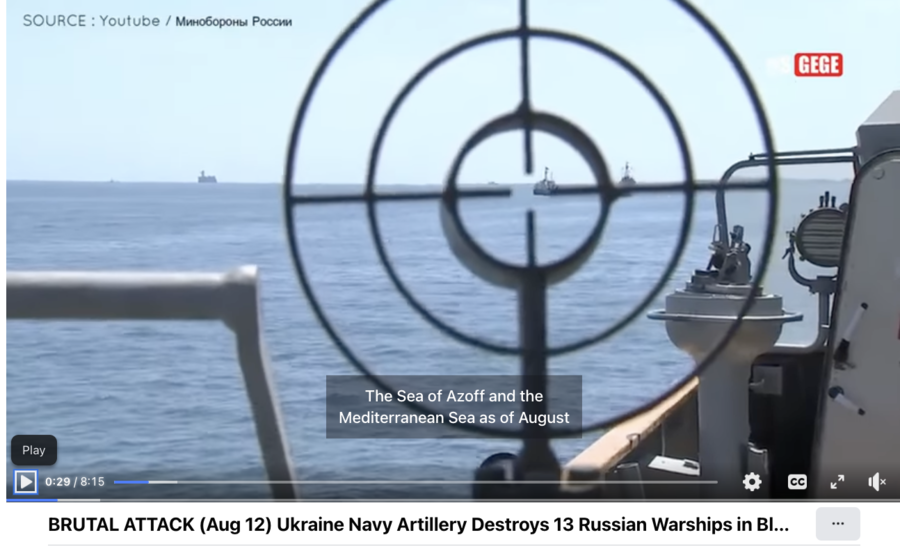 However, the same shot was used to illustrate an article about Russia's military exercise that took place in the summer of 2020:

Here is another image that allegedly captures a scene in the Black Sea in August 2022: 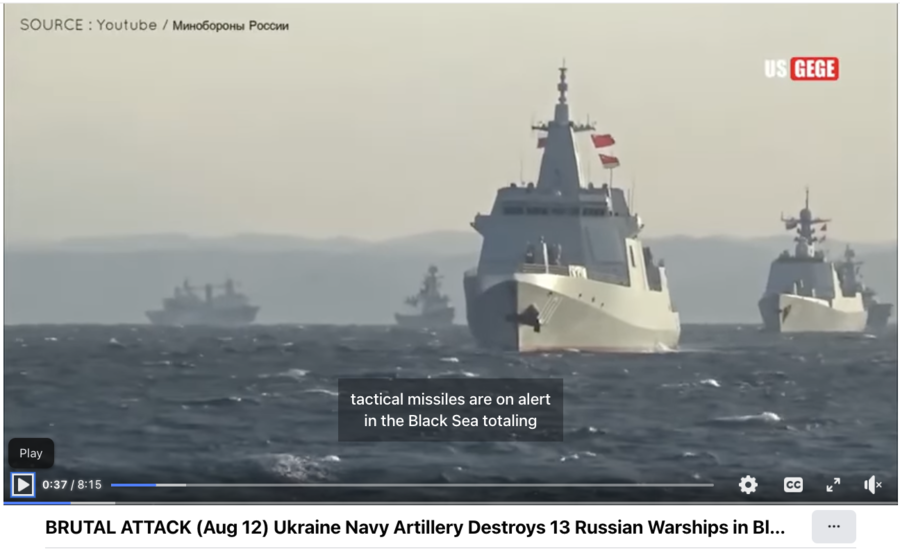 But the recognizable red flag doesn't match either Russian or Ukrainian flags. Instead of the Black Sea, this image shows the 2021 Russian-Chinese joint naval exercise in the Sea of Japan, as reported by the Times: 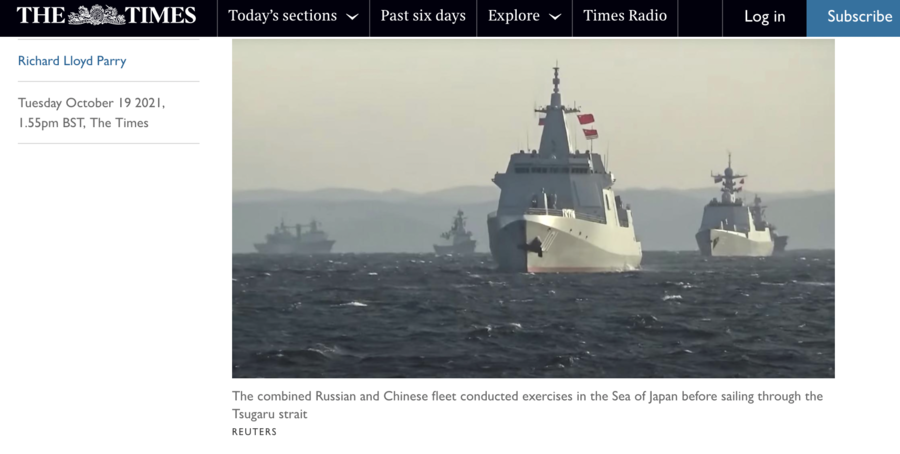 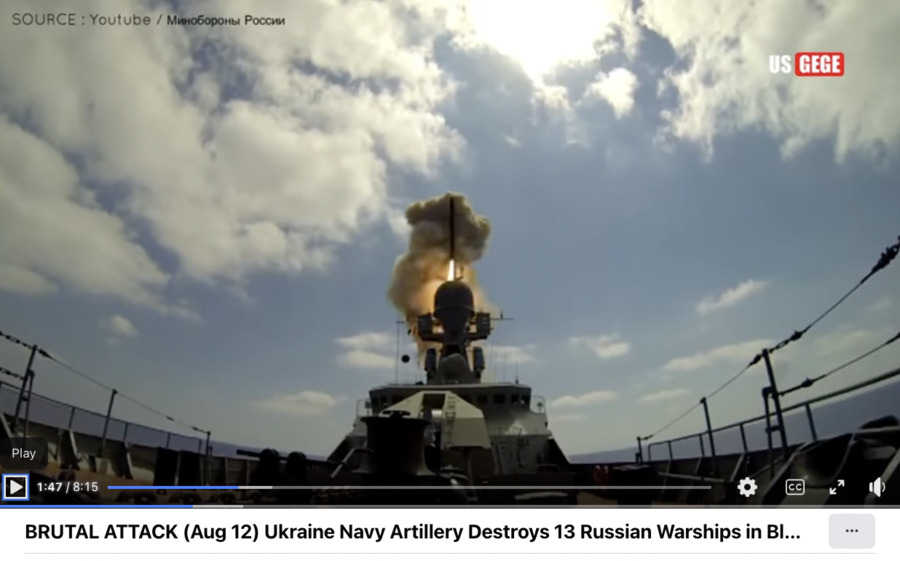 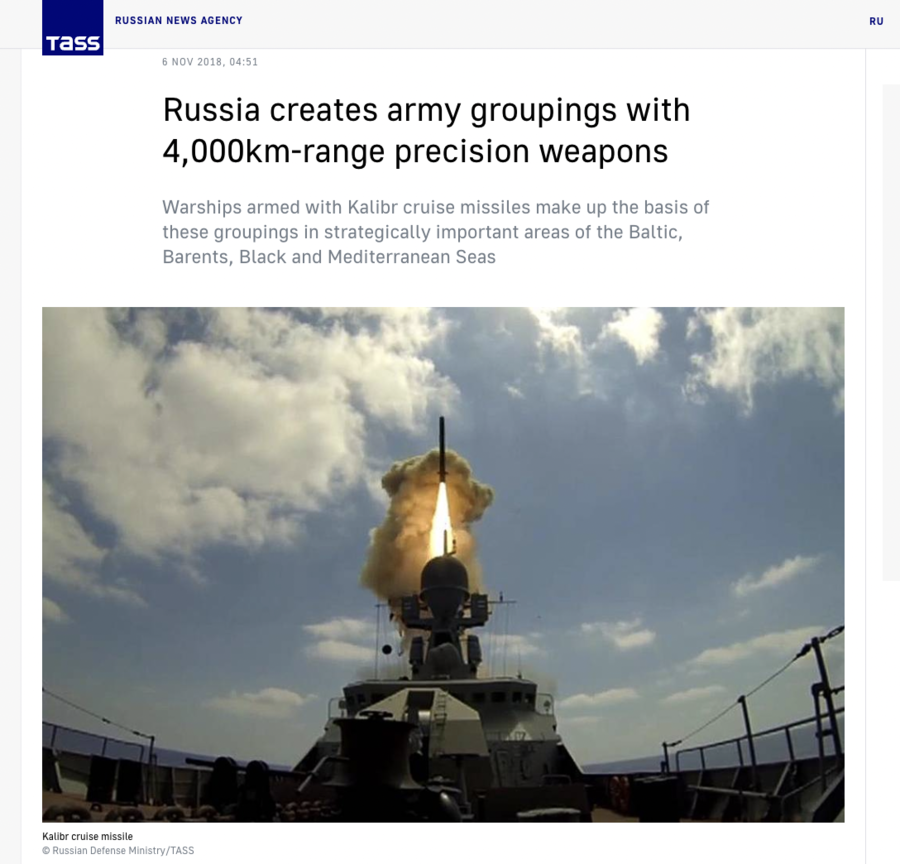