Did a Brazilian gang use force to make the police comply as armed gang members moved through a street? No, that's not true: This video shows a bystander's view of a movie scene in production. The film, "Rocinha: Toda História tem dois Lados" ("Rocinha: Every Story Has Two Sides") was filmed in Favela da Rocinha, Rio de Janeiro, Brazil, in 2020. A behind-the-scenes video was shared to Instagram by one of the actors. It showed members of the production crew with cameras, a boom mic and a director's clapperboard. Another behind-the-scenes video was later cropped to remove the more obvious cues that would point to this being a fictional movie production.

On August 20, 2020, the Instagram account peterbrandaoficial posted a video that showed behind-the-scenes footage of the production. The actor's caption identified this as "yesterday" and tagged the location, "Favela da Rocinha, Maior da America latina - Rio de Janeiro-Brasil." On July 31, 2022, the Facebook page Koulkwit posted another behind-the-scenes video from a slightly different angle with the ambiguous caption, "Bienvenue au Brésil" (Welcome to Brazil). In this copy of the video members of the production crew and bystanders are visible. On August 17, 2022, a copy of the video with the production crew cropped out was posted on Instagram. It had a music track added. The caption credits the song to "Rob49, Real Boston Richey • Yes, You Did." The text added to the video margin reads: 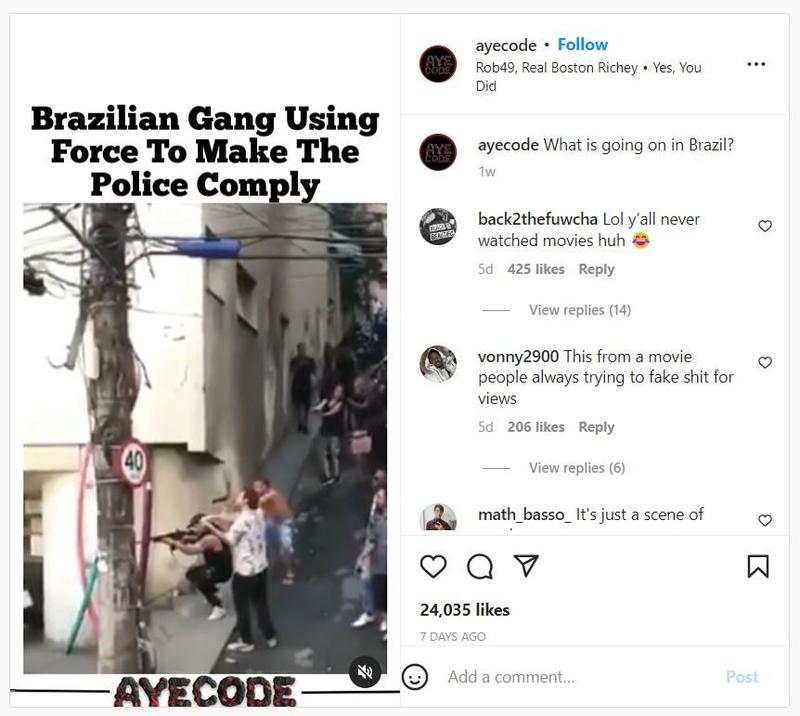 There has also been confusion in Brazil as to whether this scene was reality or fiction, and several Portuguese-language fact checks were published in 2020 to clarify. Brazilian military police confirmed to afp.com that the video showed filming, which took place in Rocinha on August 19, 2020.

Below is a screenshot of the Instagram post by actor Peter Branda that shows some members of the production crew, a cameraman and soundman holding a mic on a boom in the foreground. After the actors come down the hill, the crew steps to the side as they continue to film. 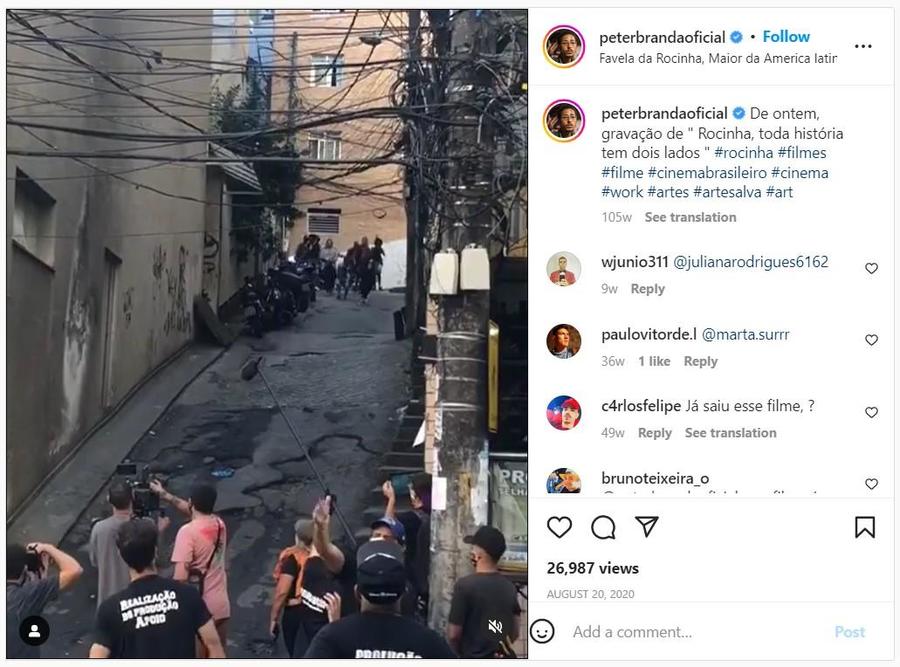 A screenshot from four seconds into the video posted to Facebook by the page Koulkwit shows a crowd of bystanders watching the filming and a crew member holding the clapperboard. 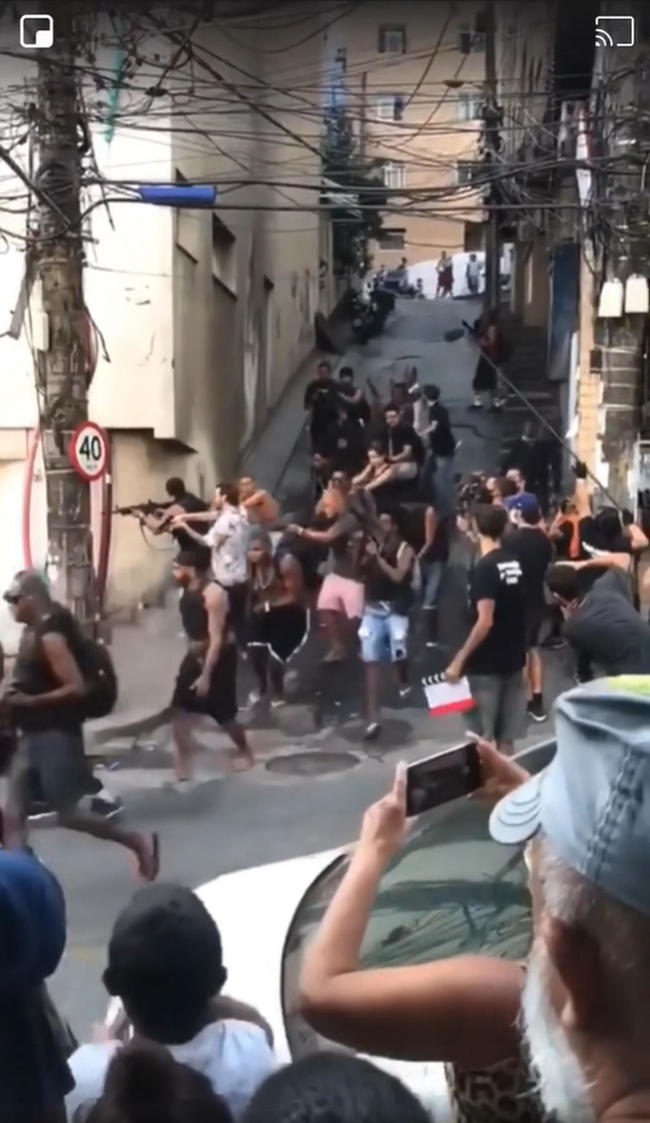 An August 20, 2022, segment of the Jovem Pan News program "Flagrante," in the Portuguese language, (starting at 1:14:31 on YouTube) features an interview with the film's director, Raíssa de Castro, and also the actor Peter Branda. The scene in question appears at 1:16:59. The chyron caption reads, "Ficcao ou Realidade? Imagens do filme sobre a Rocinha confundem de tao reals." (Translated: "Fiction or reality? Images from the movie about Rocinha are deceptively real.")

Portuguese-language fact checks were published by several outlets in August 2020, including extra.globo.com and estado.com. In an August 21, 2020, article, the fact checking service of AFP Brazil wrote:

Sought by AFP Checamos, BS Produções , the producer responsible for the film "Rocinha, every story has two sides" confirmed that the viral images were taken during the filming of the feature film last Wednesday, in the Rio de Janeiro favela.

The information was reiterated to AFP by the Secretary of State for the Military Police of Rio de Janeiro, which stated that "the audiovisual material in question is part of a film recording" carried out in Rocinha on August 19.

The scene showing this encounter with the police appears at the start of the movie's trailer: