Did NASA stop investigating the deepest layers of the world's oceans 34 years ago? No, that's not true: NASA's main exploration ventures are in space, but, according to the agency's website, it still explores the ocean, too.

A claim asserting that NASA has stopped its oceanographic work appeared in an Instagram video on August 30, 2022.
The video appears to be a repost of a 2021 TikTok video that has since been deleted.

The video opens with an automated voice and text teaser asking:

Have you ever wondered why nasa stopped exploring the ocean ? 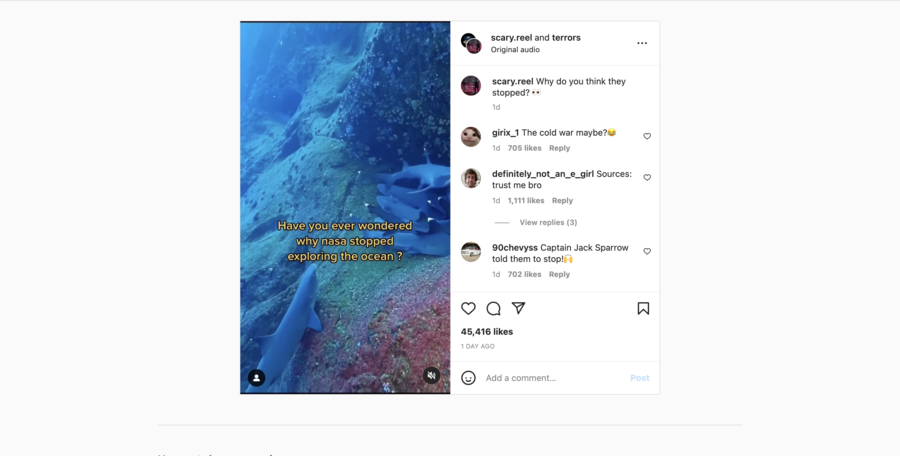 The narration alleges that NASA began exploring the deep sea in 1958, but stopped exploring it "for some reason," on June 28, 1978. After that, the automated voice continues, NASA began focusing on "getting us off the planet."

There are no sources included in the video to support these claims.

The NASA satellite Seasat, described as "the first civilian oceanographic satellite," kicked off this era of exploration on June 28, 1978, NASA's Earth Observing System website reports. Though "a massive short circuit in the spacecraft's electrical system" prompted NASA to end Seasat's operations in October 1978, NASA launched another pioneering oceanographic satellite, TIROS-N, that same month, on October 13, 1978, according to the agency.

The 1978 edition of Astronautics and Aeronautics, an annual NASA-published chronology of key events in the space and aeronautics field, describes TIROS-N's launch on October 13, 1978: 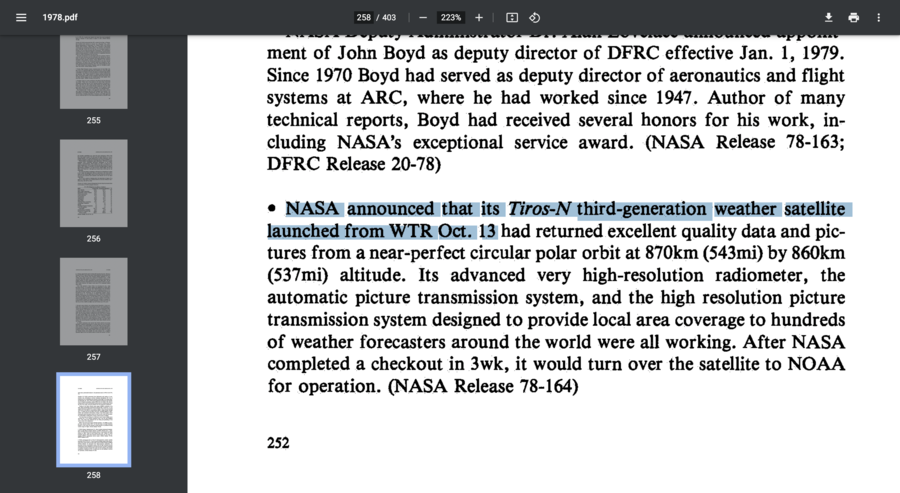 The latest version of TIROS-N launched in 1998 and remains in operation today, according to NASA Science. More information about NASA's ongoing ocean exploration can be found here.