Do videos show a voting machine at a New York polling place disregarding a voter's selections -- even though he made an effort to darken the selected circles? No, that's not true: The terminal pictured in the video is an AutoMARK assistive ballot marking device (BMD); it is not a tabulator for marked ballots. This terminal is designed to assist voters with physical impairments -- to communicate what the contests on their ballot are and mark the voter's choices after they have reviewed them. The AutoMARK terminal does have a feature to re-accept the ballot it just marked to allow a voter to review their marked ballot. After reviewing, a ballot still needs to be submitted for tabulation.

I just tried to vote and this happened. I clearly marked Lee Zeldin for Governor. I go and scan my ballot and it fails to read the ballot. Poll worker tells me to take the ballot back and darken the circles. I did even tho they were fine. I go and scan the ballot again and it says the ballot has already been scanned. I ask for a new ballot as per the screen and the poll workers were telling me that I can't and I have to file an affidavit. 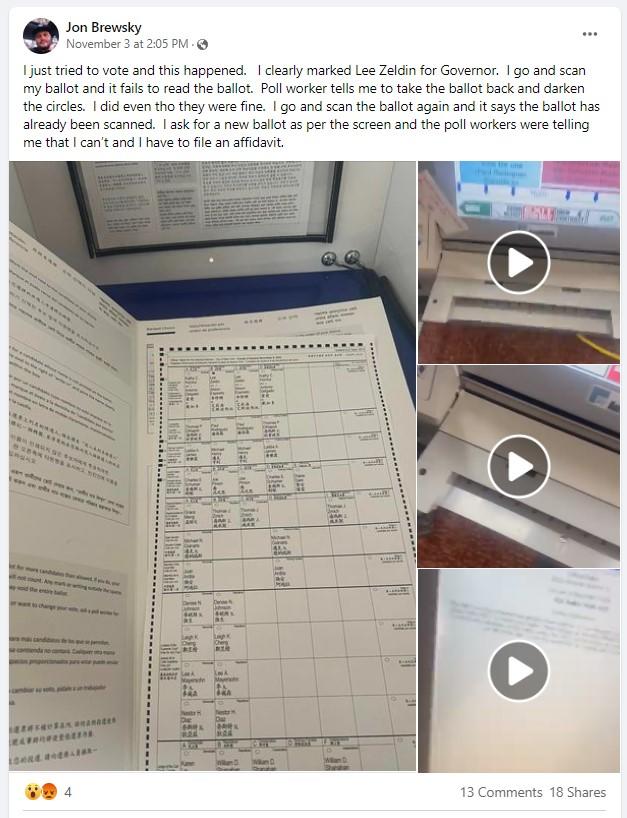 Below are the man's remarks during the brief videos trying to get the AutoMARK terminal to review his hand-marked ballot:

This shit, so I darkened the ones that didn't fucking read and now it's saying this uh, 'Ballot is inserted already been marked' so I guess I can't vote. 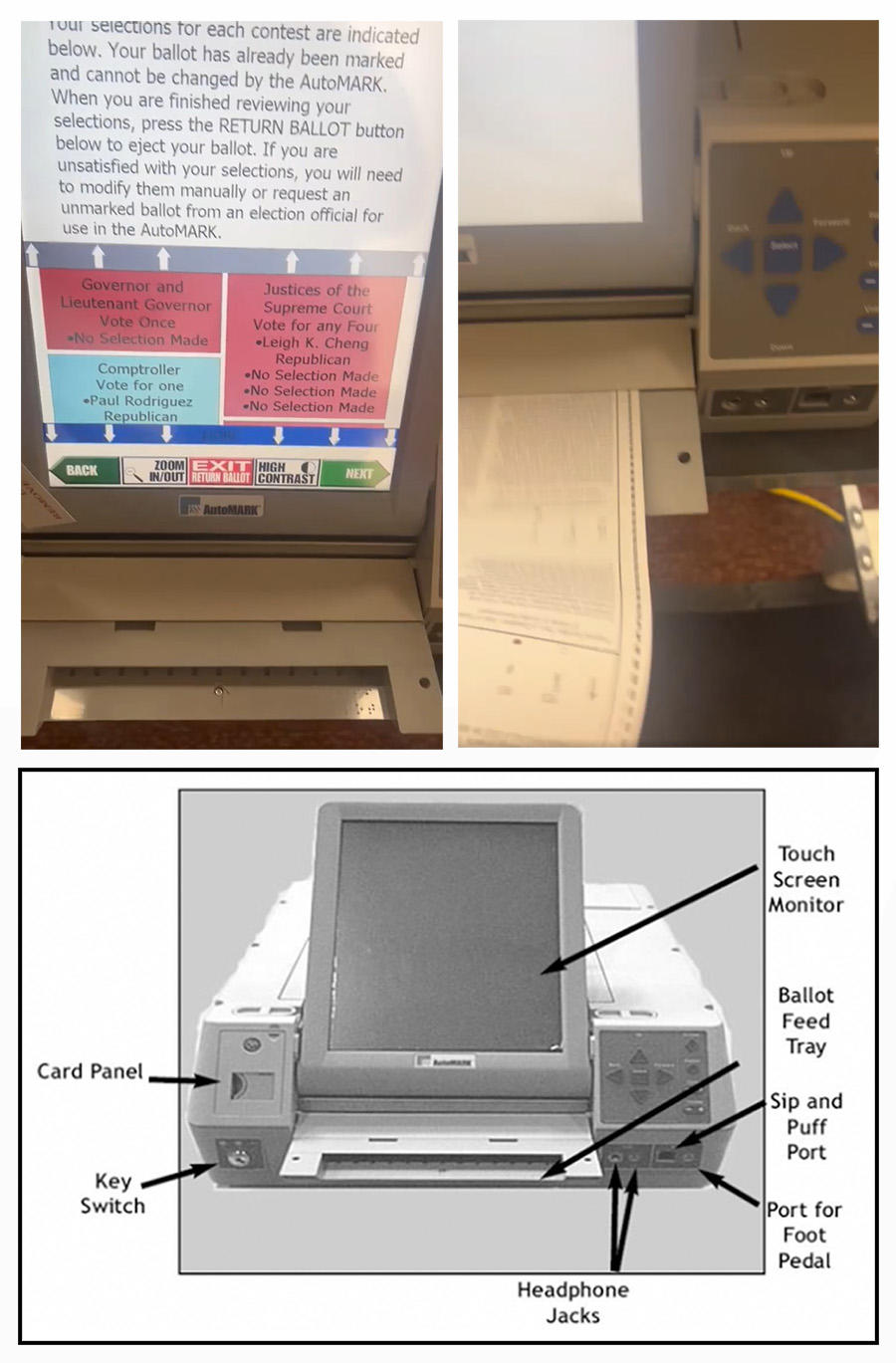 The AutoMARK assistive BMD can aid the voting process in several ways for people with visual and physical impairments. A diagram of the AutoMARK BMD matches the terminal featured in the videos in the Facebook post, notably the AutoMARK logo at the center bottom of the display screen. The accessibility features are described on the verifiedvoting.org website:

Accessibility features include a touch screen with a zoom and contrast feature, multiple language translation, keypad marked with Braille, puff-sip interface as well as an audio ballot feature.

The information you shared appears to show a voter attempting to place a hand marked ballot, which is a ballot marked with a pen or pencil, into an AutoMark. The AutoMark is an assistive ballot marking device used by several counties in New York for ADA voters. It is not a ballot tabulator. Voters using this device should receive an unmarked ballot from the poll worker, which voters use to mark their ballot. If a voter places a hand marked ballot into an AutoMark, the machine will alert the voter they are placing a ballot in the machine that has already been marked. As indicated by the machine, if a voter wishes to spoil their ballot and receive a new unmarked ballot, they should see a poll worker per New York election procedures.

The video below demonstrates how this BMD works, finishing with the instructions to remove the ballot and deposit it in the tabulator or ballot box.

Lead Stories also reached out to the New York City and New York State Board of Elections and will update this article as necessary.