The claim appeared in an article and video (archived here) published by the InfoWars website on October 31, 2022, under the title "Watch: Brazilian Narcotraffickers Celebrate Bolsonaro's Election Loss." It opened: 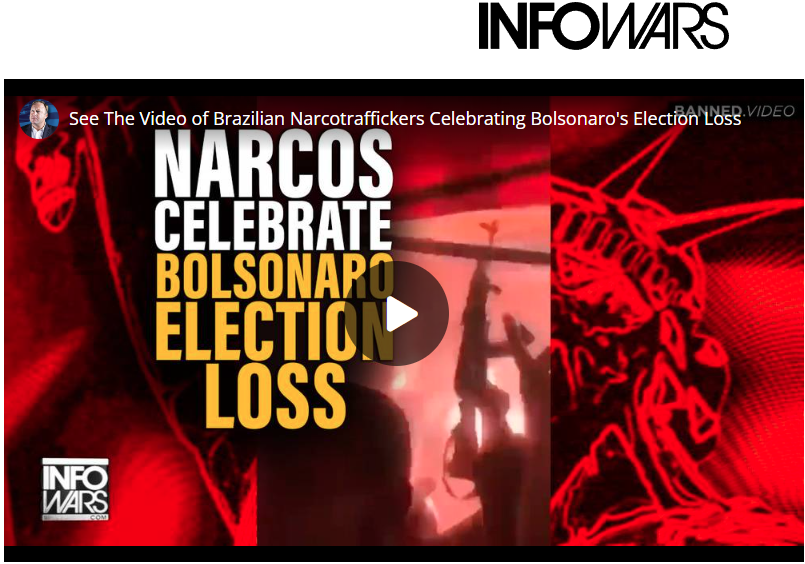 The video clip circulated widely on social media in late October and early November 2022. In addition to the clip on InfoWars, Lead Stories found it in these posts, too (here, here and here). One of the posts is embedded below:

InfoWars host Alex Jones included the same clip about 45 seconds into the video from his show that was posted to his website. Here's what Jones said about it:

We'll continue to track and monitor the situation in Brazil but you noticed they're trying to arrest the populist political opposition to the globalist [Lula]. Let's roll with audio, some of the video of truckers blocking roads, protesting. The farmers protesting that [Brazilian President Jair] Bolsonaro's having the election stolen. Meanwhile, the drug cartels and criminals are celebrating. Let's jump ahead to the narcos celebrating.

Here's a still shot from the InfoWars video when Jones calls for the clip: 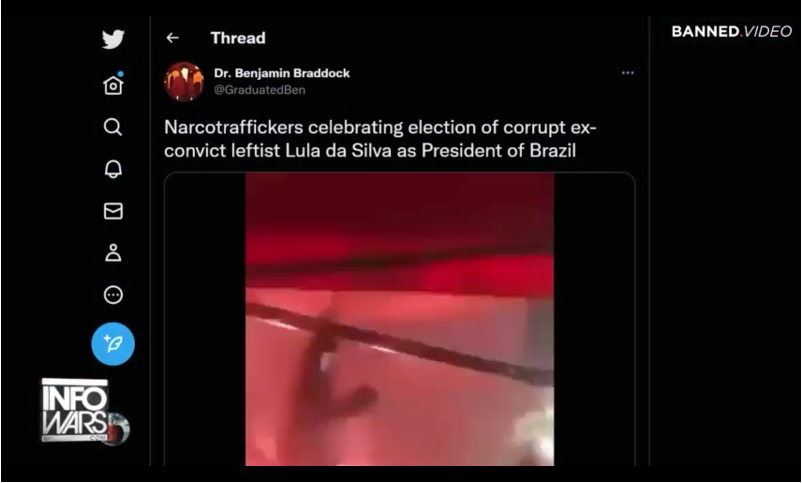 While Jones identifies the clip as being from post-election protests in late October 2022 in Brazil, the video is, instead, from August 2019, more than three years earlier. The second video in the tweet below is the clip that's being recycled and offered as proof of drug traffickers celebrating Bolsonaro's defeat:

Another Lead Stories fact check related to the Brazilian election can be found here.