Is the new Er blood group due to a genetic variation caused by COVID-19 mRNA vaccines or vaccine injury? No, that's not true: An expert from the United Kingdom's National Institute for Health and Care Research told Lead Stories that the blood type has been recognized in research for decades.

The claim appeared in a video on Instagram on December 13, 2022. It opened:

A 44th blood group has been discovered in the UK and confirmed in at least 30 people over the last couple months. 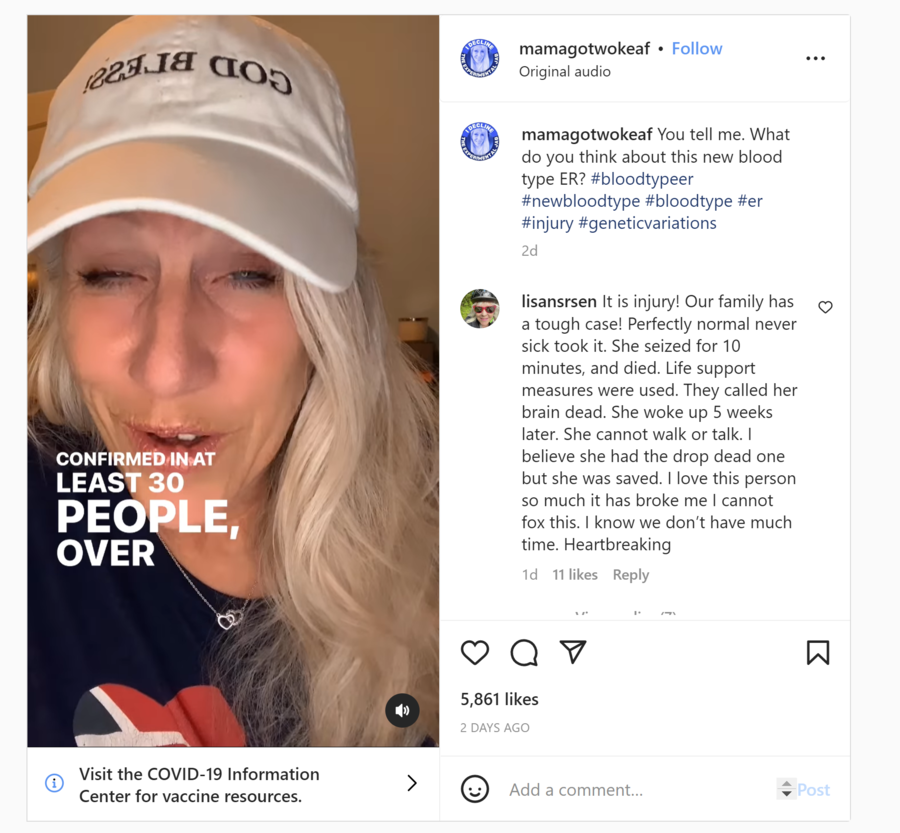 This was the caption that accompanied the video:

You tell me. What do you think about this new blood type ER? #bloodtypeer #newbloodtype #bloodtype #er #injury #geneticvariations

The woman in the video's full statement is:

A 44th blood group has been discovered in the UK and confirmed in at least 30 people over the last couple months. They have discovered enough genetic variation within this blood group that there are five antigens or toxins that are creating an immune response. What are we seeing here? It's called Er. E-R. Right in front of us! Is it really a new blood type or is this vaccine injury and mRNA that's not supposed to be changing our DNA?

Her claim appears to be based on a press release issued on September 24, 2022, from the University of Bristol and the National Health Services Blood and Transplant (NHSBT). The statement says a study has "discovered a rare new blood group system."

"This claim is complete nonsense," Ash Toye, a professor of cell biology at the University of Bristol and director of the unit that did the study, told Lead Stories via email on December 16, 2022.

It's a blood group that we have known about for 40 years. We just didn't know what protein is responsible for the blood group until our recent work that was the basis of the paper that the press release was reporting.

The press release, dated September 24, 2022, states that the blood group has been known for almost half a century:

Nearly 40 years have passed since the high incidence red blood cell Era antigen was first described, and throughout this period its molecular basis has remained elusive.

The study's methodology (as explained in the press release) also states that the antigens were not newly observed:

In this study, individuals with alloantibodies against a collection of antigens termed Er, that were first observed more than 30-years ago, were investigated by applying a powerful technique allowing simultaneous analysis of all their gene coding DNA sequences.