Does the 1958 Encyclopedia Americana prove the Earth is flat? No, that's not true: A "dome" referenced in a 1958 encyclopedia entry describes a naturally occurring ice dome and not the firmament -- a supposed planet-encompassing dome conspiracy theorists believe supports the flat Earth claim. A mapping expert confirmed to Lead Stories that a well-documented ice dome is located at the geographic points included in the video.

The claim originated in a five-minute-plus video shared to TikTok by the account @our_flat_earth on May 11, 2022. The video features a text overlay that reads," The firmament in 1958 Encyclopedia, the year NASA WAS FOUNDED." An introduction to the video is narrated by a voice that states:

Now, I'm going to show you the Encyclopedia Americana in the public libraries before 1958. Here's volume two. ...

The flights proved the inland areas to be featureless in character, with a dome 13,000 feet high at about latitude 80 degrees South, longitude 90 degrees East.

Below is how the post appeared at the time of writing: 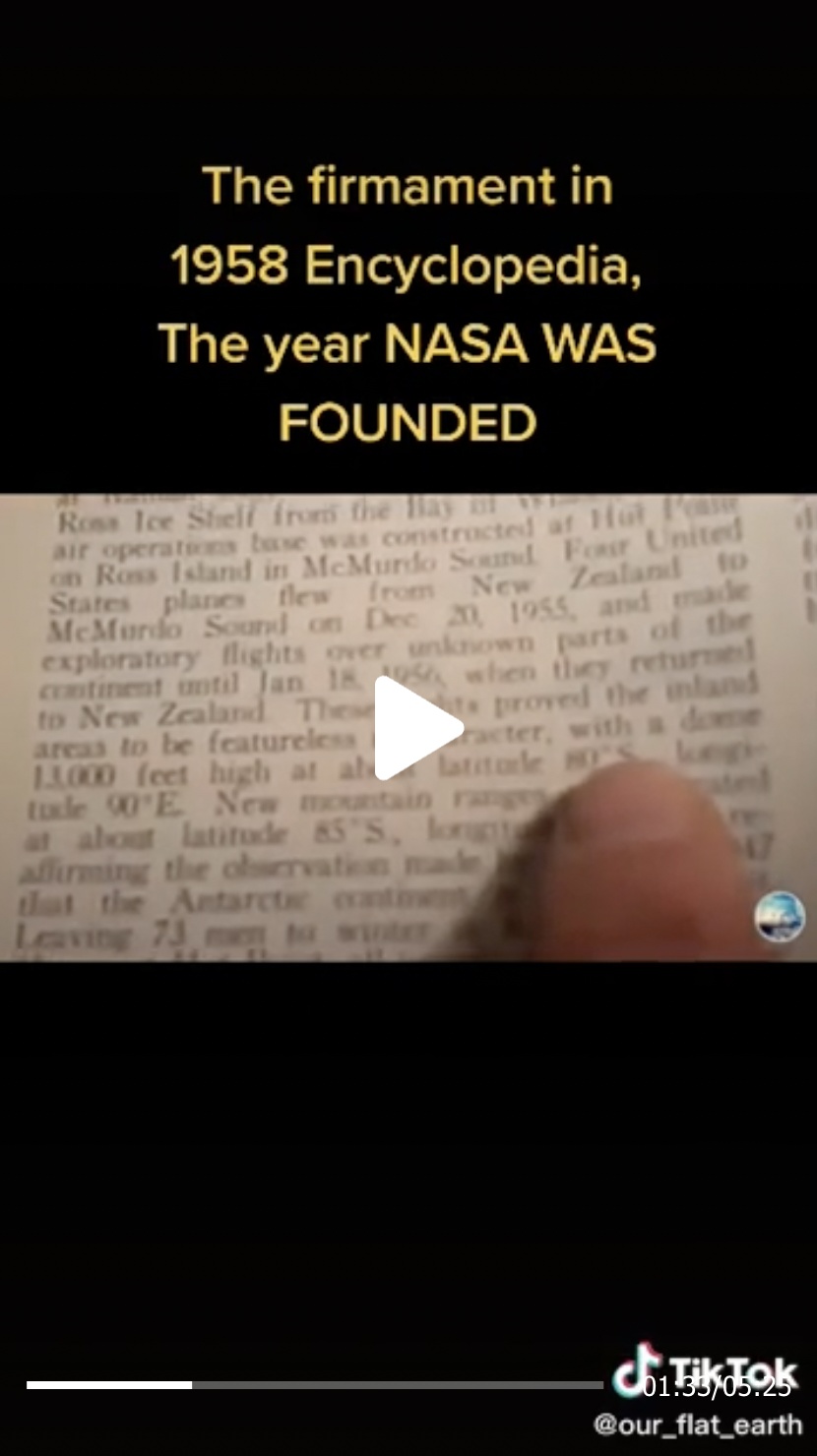 The entirety of the passage shown in the video, which claims it's in the 1958 edition of Encyclopedia Americana, Volume-2 Antarctica, supposedly read:

Four United States planes flew from New Zealand to McMurdo Sound on Dec. 20, 1955, and made exploratory flights over unknown parts of the continent until Jan. 18, 1956, when they returned to New Zealand. These flights proved the inland areas to be featureless in character, with a dome 13,000 feet high at about latitude 80 S., longitude 90 E.

The Library of Congress determined that this passage is in fact not in the 1958 edition but on page 14 of the 1960 edition (a researcher told Lead Stories via a January 13, 2023, email they had access only to the Canadian edition, but assumed "the text is identical in each edition").

This video, which was later reshared to Instagram, argues that the encyclopedia entry proved that the Earth is flat. The narrator contends that the entry describing a "dome" is a reference to the firmament -- a conspiracy theory that describes a solid dome structure encompassing the planet, part of the flat Earth belief.

The dome referenced is one of many well-documented natural ice domes in Antarctica that were described in the 1950s during the first flights to Antarctica from New Zealand.

Along the Antarctic High plateau are flat snow summits known as "domes." Dome Argus -- also known as Dome A -- has a surface elevation of 13,428 feet and is one of the "least-known places on the globe," according to the Australian Antarctic Program. Dome Argus is located at 80 degrees 22 minutes south, 77 degrees 22 minutes east. The Australian Antarctic Data Centre has detailed maps of Dome Argus. Though Dome Argus is the highest place in East Antarctica, there are several other domes in the region including Domes B, C (Dome Circe) and F (Dome Fuji.)

Lead Stories spoke with Hayley Drennon, a senior research assistant at Columbia University's Lamont-Doherty Earth Observatory. In an email sent on January 12, 2023, Drennon confirmed that Dome Argus is located at the coordinates noted in the TikTok video. She sent the below map, which shows both Dome Argus and Dome B: 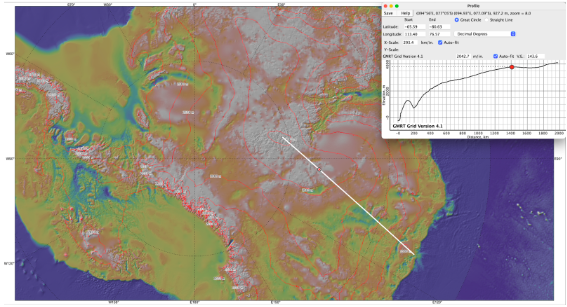 The encyclopedia entry described the first long-distance flights to Antarctica, which embarked from New Zealand on December 20, 1955, and launched the U.S. Navy mission, Operation Deep Freeze, to provide air support in the Antarctic between 1955 and 1959, notes the Australian Government. Observations made during these endeavors did not prove that the Earth is flat, but rather provided background for future research in the region.

Following Operation Deep Freeze, the Antarctic Treaty was signed in 1959 by 12 countries whose scientists had been working in the region in 1957-58, notes the Secretariat of the Antarctic Treaty. To date, there are 54 parties to the treaty. It established that Antarctica should be used for peaceful purposes only and that scientific inquiry should continue indefinitely with results shared openly and freely.

Tourists are not banned from visiting Antarctica as the video suggests at the 3:27 mark. In fact, there are a number of operators that offer guided trips to the southernmost continent.

It is also inaccurate to say that all maps predating 1958 depicted the Earth as flat, further proving the flat Earth conspiracy. Drennon told Lead Stories that the images the narrator showed in the social media video depicting a "flat" Earth with a dome is a "stylistic choice":

Cartographers will choose different projections for maps according to who their audience is or how they want to present the data. Projections are simply 2-dimensional approaches to depicting a curved surface. The statement that all maps were depicted in the "flat earth" style prior to 1958 is simply incorrect. Ptolemy, 2nd century AD, depicted the earth in a manner which accounted for it being round, as round Earth was common knowledge within the Greek civilization. The most popular projection, the one we most commonly see is the Mercator projection [spherical], which was presented in 1569.

For example, below is an example of Antarctica from a birds-eye-view compiled by Drennon. The red contours depict the elevation contours of the continent, and the red dot is a core sample taken atop Dome B (located Longitude: 94.9167, Latitude: -77.0833). The background layer is the British Antarctic Survey's Ice Sheet Bed Elevation. 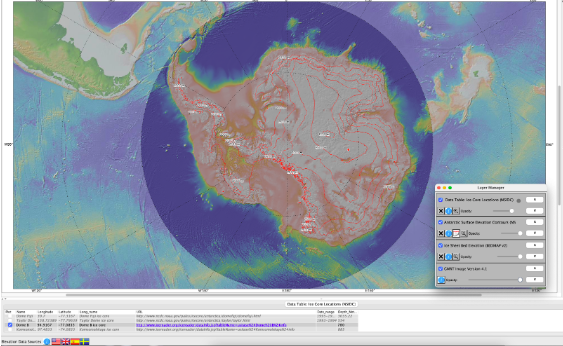 Other Lead Stories articles about flat Earth claims can be found here.