Does a set of online images prove that there is a "covert military base" on the planet Mars? No, that's not true: There have been no documented human missions to Mars, whether for military or other purposes, as of the date of this fact check, and a NASA spokesperson was not able to identify the images as authentic.

The claim appeared in a January 3, 2023, article (archived here) published on TheDailyWorld.Net and titled "The Mars Rover Discovered Evidence Suggesting the Existence of a Covert Military Base on the Planet Mars." The article opened:

As the title suggests the Mars rovers have recently actually brought to our attention the following images which all showcase the fact that not only is there alien life on Mars but that there is also a military presence that we've come across several times so far. Experts claim that these photos alone indicate that Mars is being occupied currently by a secret deployment military personnel. 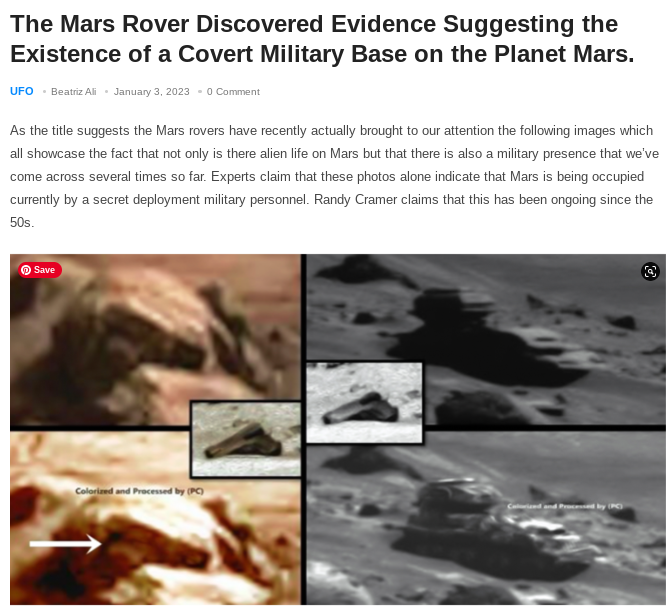 Humans have not yet landed on Mars, whose dust storms, frigid temperatures and distance from Earth pose "magnificently challenging" obstacles for living there, the author of a natural history of Mars, Simon Morden, explained in the digital magazine Aeon in 2022. Though NASA says a human mission to the so-called red planet is currently in the works, those obstacles undermine the claim that a military base somehow exists on the planet.

Information from these searches led us to a video posted on YouTube by the account Streetcap1 on February 27, 2013. The video used a downloadable image from Spirit, a NASA Mars exploration rover that landed on the planet in 2004. Streetcap1 zoomed in to reveal the black-and-white, rock-like formation seen in the upper-right-hand quadrant of the composite image.

However, the image does not prove the existence of a "covert military base." The formation displayed resembles a rock -- an element already known to exist on Mars, as NASA's overview of Spirit, which was sent to study the planet's geology, shows. NASA's description of the original image, seen below, does not mention any military association. 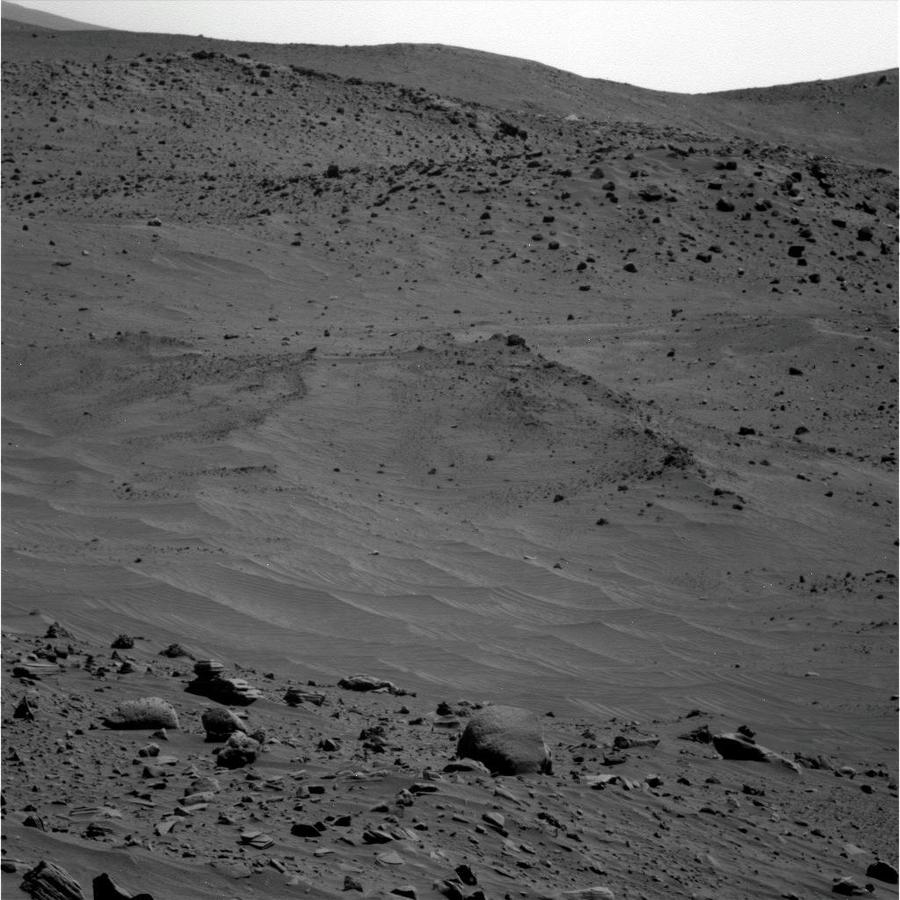 Lead Stories could not locate the source of the red-toned image seen in the article's composite image.

Lead Stories contacted NASA for more information about the images and the claim about a "covert military base" on Mars. Before identifying the Spirit image, Lead Stories corresponded via email with Andrew Good, media relations specialist on Martian exploration for NASA's Jet Propulsion Laboratory, who said he was uncertain about what information the article's images were attempting to convey. He added that the images looked "lower-res than what I'm used to seeing on our own sites."

When Lead Stories found the source of the image, we reached back out to Good, who sent us an email response on January 6, 2023, explaining the phenomenon that may have been on display in the image:

This image from Spirit is pretty typical of the diversity of wind-carved rocks that we see on Mars. There's a human tendency to try to make sense of unfamiliar shapes even when simpler explanations are readily at hand; the word for this tendency is pareidolia (pronounced pare-i-DOH-lee-uh). You can read more about pareidolia and Mars on this page, which incidentally also includes a panorama taken by the Spirit rover. Move the slider back and forth over the panorama on that page, and you can see a number of wind-carved rocks that look like exotic shapes.

The email also included links to images of rock formations shaped like a flower and a door found by Curiosity, another NASA Mars exploration rover that landed on the planet in 2012.

All of NASA's Mars rover images are made available to the public, where they can be enjoyed by anyone - including by scientists all over the world. To date, none of the hundreds of mission scientists studying these images have found anything other than rocks. That shouldn't stop us from being intrigued by the wonderful diversity of shapes and formations we see in nature (even if they aren't quite as exotic as our imaginations would like).

Lead Stories also contacted the U.S. Department of Defense about the claim and will update this fact check with any relevant response.