As a "settlement" for "gender discrimination," is Lowe's handing out $2 KitchenAid mixers to women over the age of 35 who respond to four questions? No, that's not true: A spokesman for Lowe's denied the claim, and there is no evidence the retail company is offering $2 mixers through social media posts. It lists the mixers for $450 on its website.

Lowe's hands out KA Mixers for $2 to women 35+ y/o as settlement. Complete 4 questions only 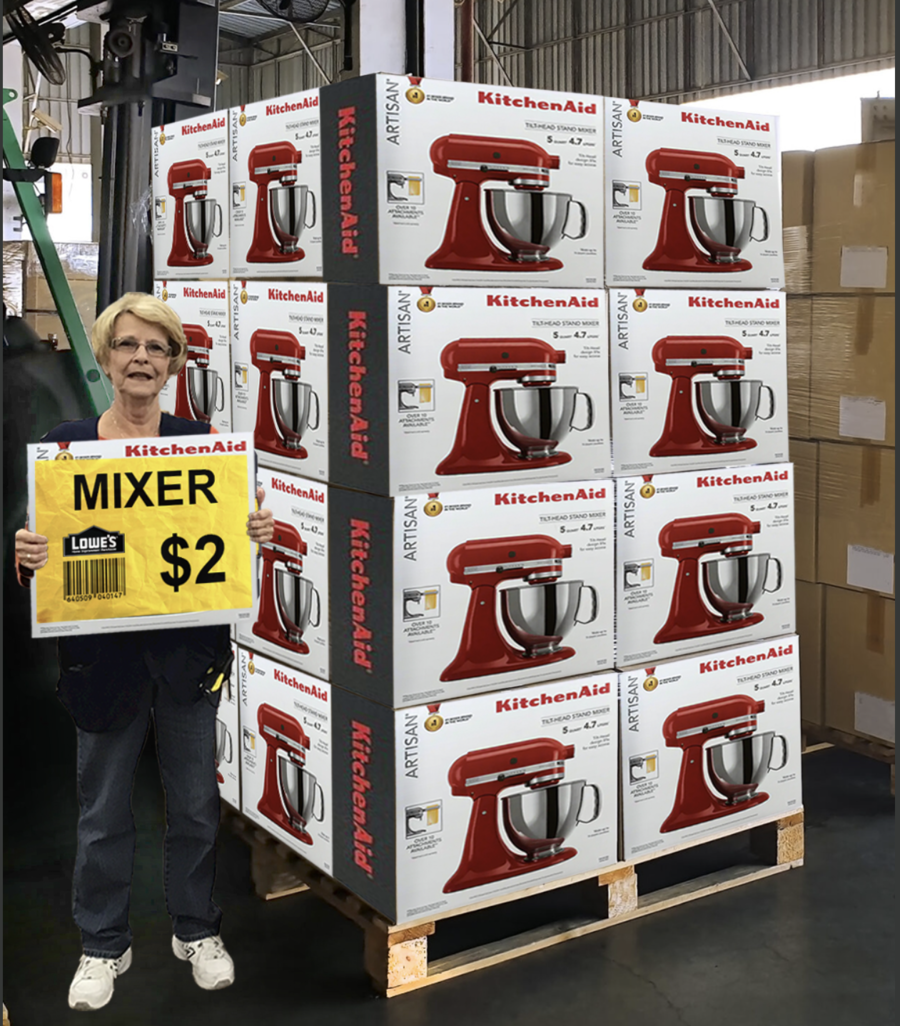 The post appears on a Facebook page, "Mixers and more," that was created on January 16, 2023, the same day the post was shared. The only other post that appears on the page also advertises KitchenAid mixers for $2.

Some versions of the post included an "Apply now" link. Clicking on the link led to a security message that warned users to be careful and that the site "may trick you into doing something dangerous like installing software or disclosing personal or financial information, like passwords, phone numbers, or credit cards."

There is no truth to this social post and rumor.

Also on its website, Lowe's cautions customers against online scams. It says: