While it is not entirely impossible, it is incredibly uncommon for salt water dwelling creatures to stay for lengthy periods of time in fresh water. However, two Great White Sharks have managed to survive the trip and make their way up the Mississippi River and in to the Illinois River somehow. 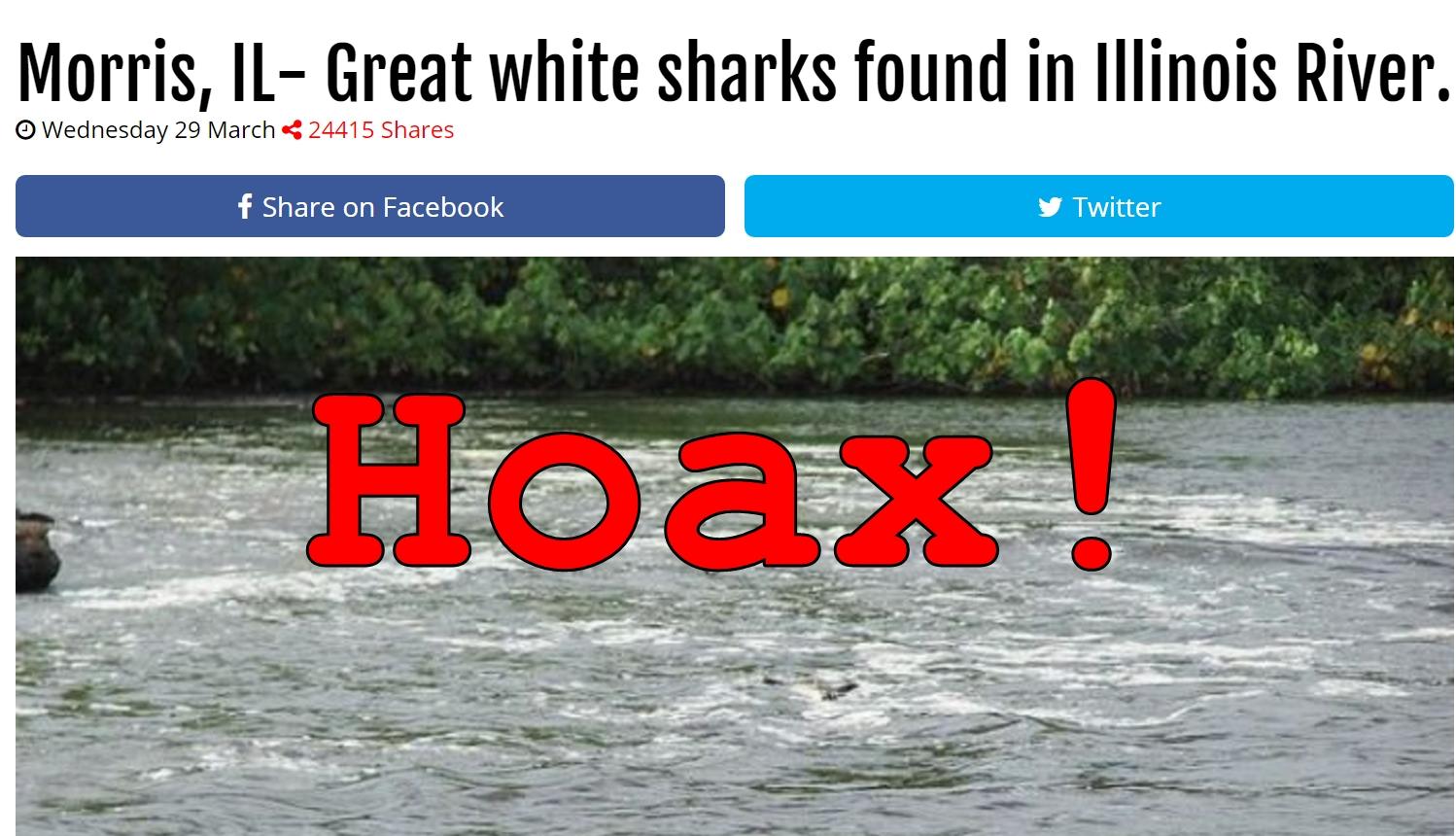 First clue the story is not true: the photo that goes with the article doesn't show great white sharks and it doesn't show the Illinois River. According to Snopes:

The photograph has been circulating since at least 2008, when it was posted to Flickr along with the caption "Bull Shark - Rio Sirena River Mouth." It would be much more likely to spot a bull shark in the Sirena River (which is located in Corcovado National Park in Costa Rica) than a great white shark in the Mississippi River near St. Louis.

Snopes had researched the photo as part of an article debunking a similar hoax from the same site from October 26 2016 that claimed the sharks were spotted in the Mississippi River near St. Louis.

It seems somebody just recycled the same hoax from a few months ago and changed a few details. It seems to be working as the new version of the story is being shared around widely as you can see in the Trendolizer graph at the end of this article. If you notice anyone spreading the hoax around you can help by pointing them to this article here because nobody likes being fooled by fake news.