A website by the name of "Untold Universe" got an unexpected viral hit in January 2018 with an article (archived here) titled "Pluto Has Been Officially Reclassified As A Planet!". It claimed the former ninth planet of the solar system which had been reclassified as a "dwarf planet" in 2006 was restored to its former title by the International Astronomical Union. No such thing happened.

The URL of the story seems to suggest it was originally posted back in September of 2017: http://www.untold-universe.org/2017/09/pluto-has-been-officially-reclassified.html. But the date on the page seemed to suggest August 21st (no year given). 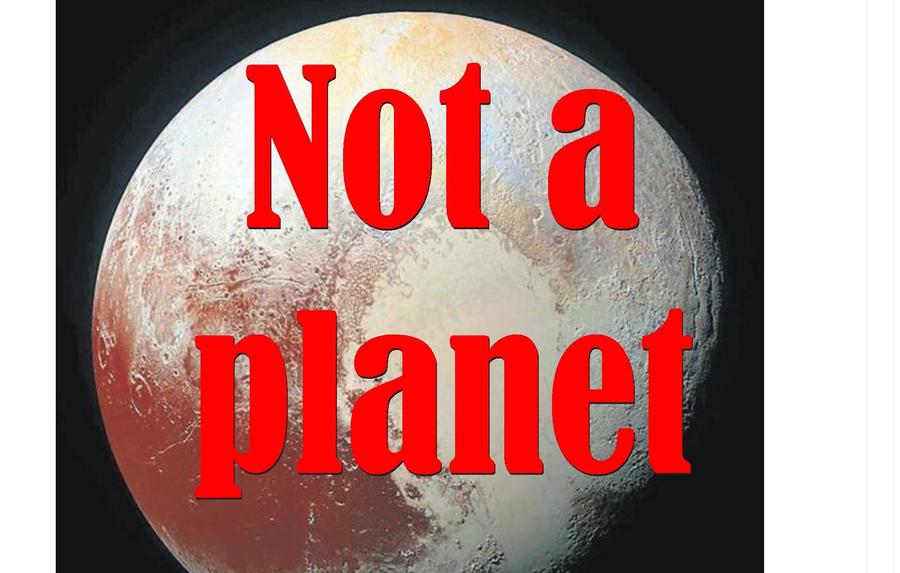 Today is a historic day--one that will bring joy to the hundreds of millions of Pluto lovers around the globe. The International Astronomical Union (IAU), the body that is responsible for naming and classifying objects in the cosmos, has just announced that Pluto has been reclassified as a major planet.

That's right, the little dwarf will be rejoining the ranks of Mercury, Venus, Earth, Mars, Jupiter, Saturn, Uranus, Neptune, and Planet-X (the planet that will surely spell doom for all humanity).

A first hint that the story is fake is the link to the supposed press release announcing the reclassification. Hidden behind a URL shortening service the actual link goes to "http://lmgtfy.com/?q=April+Fools!". And "lmgtfy" in turn is short for "Let Me Google That For You", a joke website where you can send people to a page that will show an animation that opens the Google search results for a query selected by the person creating the link.

In this case the seach query goes to "April Fools!". And that is exactly what this story was, back on April 1st 2017, when a website named "Futurism" published the original story (archived here). Only that article ended like this:

So tough luck for all fans of the "planet" Pluto... you've been fooled!