Did Tinder really create an ad showing a pack of adult black males taking a white female child? No, that's not true: It's a doctored image pretending to be an ad for the popular dating app built on one of the oldest racist tropes around -- that black men are a threat to little white girls.

The fake meme was posted on January 22, 2020, on Gab.com, the social media site that hails itself as championing free speech. It was shared by a user named Alan Edward (archived here) with his 5,200 followers. The post said:

Actual advertising for (((tinder))) in Germany. A blonde White female CHILD getting taken by a pack of adult black males.

Users on social media only saw this photo and description:

Actual advertising for (((tinder))) in Germany. A blonde White female CHILD getting taken by a pack of adult black males. In what version of "tolerant" reality is this still okay?

The actual Tinder advertisement can be viewed below: 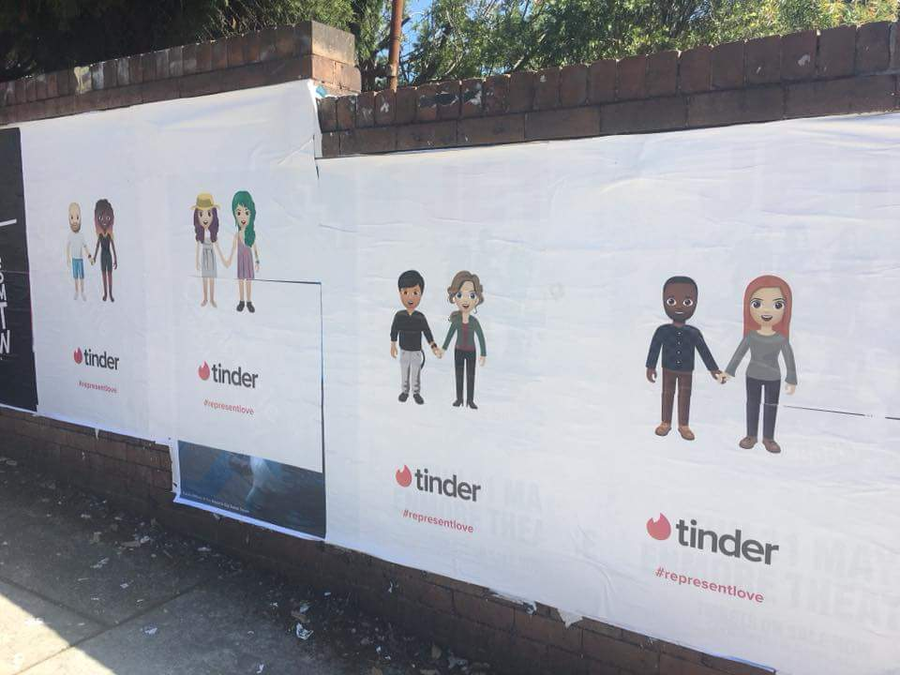 Notice it does not have a little girl surrounded by five black men, nor does it have a red circle with the letters "WTF" around it.

"We believe that no one should ever feel unrepresented or unseen," the campaign said. "Love is universal." The dating app used the hashtag #representlove and got more than 50,000 people to sign a petition that resulted in 71 new variants of the couple emoji, according to Hyperbeast.