Is India suing Microsoft co-founder and philanthropist Bill Gates because he vaccinated 77,000 girls, many of whom died? No, that's not true: The posts being shared on social media are filled with several false claims. They grossly overstate the number of girls who underwent a vaccine trial to protect against cervical cancer, and India is not suing Gates over the program.

The claim appeared in several posts, including one (archived here) published on Facebook by Justin Ford on April 8, 2020. It opened:

Well, well, well, Globalist population control Bill Gates shortly after his India trip with Dr. Fauci. I knew I did NOT trust Dr. Fauci, and now I know why.

For those of you who follow closely Bill Gates is a globalist who funded the Coronavirus vaccine and owns the Wuhan lab in China. Soros is his partner.

India is suing Bill Gates because he vaccinated 77,000 third world girls between the ages of 9 & 15 and many of them died.

The post has been copied and shared multiple times on Facebook. It featured a photo of Gates and Dr. Anthony Fauci, the director of the National Institute of Allergy and Infectious Diseases and a member of the White House coronavirus task force.

The photo is being shared to suggest that Fauci cannot be trusted because he has been associated with Gates. According to a blog by the National Institutes of Health, the photo was taken on December 11, 2018, in Bethesda, Maryland, during a workshop between the NIH and the Bill and Melinda Gates Foundation. Fauci was a participant. The original photo also included Dr. Francis Collins, M.D., the head of the NIH, but the posts have cropped him out.

PolitiFact has already debunked social media claims that Gates is linked to the vaccine-related deaths of girls in India.

The situation stems from the trial of human papillomavirus (HPV) vaccine by the Program for Appropriate Technology in Health (PATH), a non-profit organization. The study was funded by a grant from the Gates Foundation. HPV can lead to a variety of cancers, according to the Centers for Disease Control and Prevention.

Starting in 2009, almost 24,000 girls between the ages of 10 and 14 received the vaccine. According to reports, the study was suspended in 2010 after seven girls died. However, the final report by a committee appointed by the Indian government to look into the study's alleged irregularities concluded many of them did not die as a result of the vaccine (the emphasis is as it appeared in the report):

A total of seven deaths (5 in Andhra Pradesh out of 14091 recipients of the Gardasil vaccine, and 2 in Gujarat out of 10686 recipients of the Cervarix vaccine) have been reported following HPV vaccination. These deaths were most probably unrelated to the vaccine, as there was no characteristic and uniform pattern of illness preceding the death, or temporal/spatial clustering.

The original post suggests "many" of the girls died. That is false. Seven of the 23,428 participants died, and five were not believed to be related to the vaccine.

Further, the Gates Foundation only provided funding for the vaccine trial through a grant, and it was up to PATH to carry it out. The post asserted that Gates himself vaccinated 77,000 girls. That is another false assertion.

The post also maintained that Gates funded the coronavirus vaccine, which Lead Stories has previously debunked as false.

The false information was shared on Instagram by Robert F. Kennedy, Jr., a noted vaccine opponent. His post also plays fast and loose with the facts. 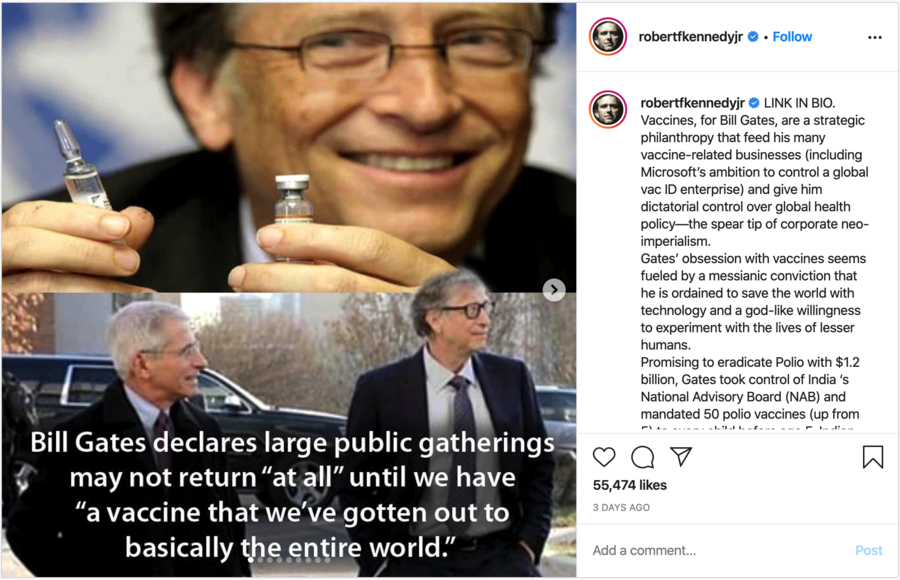 The Indian government is not suing Bill Gates over the program, and the country's official report did not conclude that "many" of the girls who were vaccinated died as a result.