Is Derek Chauvin a crisis actor who has been involved in other "false flag" incidents, including the Boston marathon bombing and Sandy Hook massacre? No, that's not true. A meme and a video have gone viral claiming the fired Minneapolis police officer charged with second-degree murder in the death of George Floyd is part of the "shadow army" of "crisis actors" used by the "shadow government" to stage fake attacks. Chauvin is not in the person in images from the Boston and Sandy Hook attacks used in the meme.

The Shadow Government has a private army... Wake up!

Derek Chauvin is the former Minneapolis, Minnesota, police officer charged on May 29, 2020, in the death of George Floyd. Floyd died on May 25, and Chauvin was pictured kneeling on his back during an arrest. Chauvin is incarcerated at the Oak Park Heights Maximum Security Prison in Minnesota as of June 16, 2020, Fox News reported.

The meme uses two images to claim that Chauvin is a crisis actor. One photo is of three men in black jackets and tan pants running. The meme says it is from "Boston Bombing" and claims one of the men is Chauvin.

The photograph of "Boston Bombing" is from the April 15, 2013, attack and is of three men who are members of the National Guard's Weapons of Mass Destruction Civil Support Team.

Veitch told Lead Stories that National Guard Lt. Col. Matthew Woolums is the man on the left-hand side of the photograph with the hat.

The second photograph of three men in uniform also does not show Chauvin. This picture is a screen grab from a CBS News interview of three officers from the Newtown Police Department following the Sandy Hook elementary school shooting.

Officer Michael McGowan is on the left, Sgt. David Kullgren is in the middle and Officer Liam Seabrook on the right.
Kullgren has been promoted to lieutenant since the video was taken. Here is an image of him in local news when the promotion was announced. 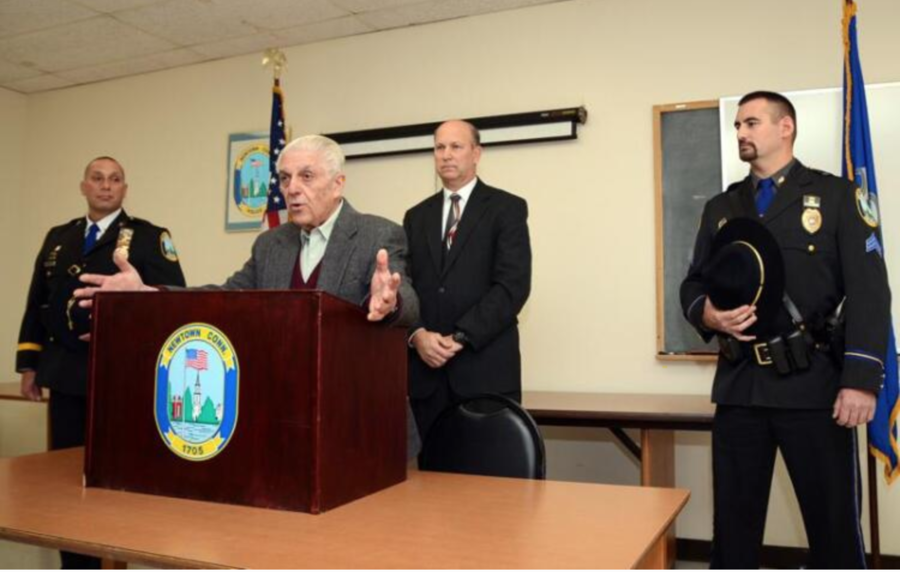 Here is a news story about Kullgren and an image from the Newtown Bee in 2018.

Chauvin is not one of the three officers from Newtown who responded to the Sandy Hook shooting.

A video that has gone viral on Facebook also claims to show that Chauvin is "no cop" and is a "crisis actor" and shows multiple reasons why this story is a "false flag," meaning Chauvin just goes around the country when there are disasters but is not really involved with the situations.

Here is that video on Facebook with the message "I love this s**t!!!"

The video also shows the photograph from the Boston bombing and the picture of the officers from Newtown, calling it "Sandy Hook bombings."

The video claims Chauvin is in the pictures and is a crisis actor not three different people. That is false.

The man referred to is Officer Tou Thao, who was also arrested and charged in connection with Floyd's death.
Here is the arrest report from the Minnesota attorney general about Thao.

The video also claims Floyd is "not even dead."

His death was confirmed by the coroner, as reported in this story on NPR.

Floyd's family had an independent autopsy conducted on his body as CNN reported. The autopsy ruled Floyd died from "asphyxiation from sustained pressure."

Another claim in the video warns the woman from the nightclub where both Floyd and Chauvin worked is also a "crisis actor."

Maya Santamaria gave an interview to ABC5 Eyewitness News KSTP.com about the two men who had worked security at El Nuevo Rodeo club.

The video claims she was also at the Sandy Hook shooting, using a photograph of Nicole Hockley, whose son Dylan was killed in the shooting.

In the video there is a screengrab of a woman claiming to be both the woman in Minneapolis and the mom from Connecticut.

This is the video where the screengrab of Hockley -- not Santamaria -- was taken from a CNN video from September 2019.

The video also claims Floyd attended his own funeral and focuses on a picture of a black man in a hoodie. "He is not even dead," the man says about Floyd. 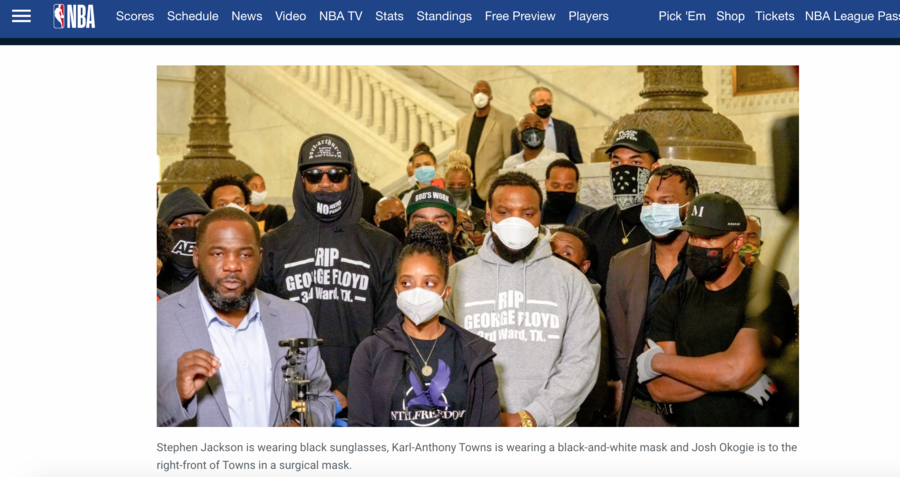 Lead Stories has previously debunked several claims that Floyd's death was faked, including:

Fact Check: George Floyd NOT Rushed Into Ambulance by Cops

Fact Check: George Floyd Is NOT Alive And There Is No Evidence Video Of His Death Was Faked