Did The Washington Times publish a "PRESIDENT GORE" front page headline on November 8, 2000, following the highly-contested and drawn-out 2000 election in which Democratic candidate Al Gore ended up losing to George W. Bush? No, that's not true: This is a doctored headline. The Times never ran this front page. In the 2000 presidential election, it came down to a recount of votes in Florida and a Supreme Court decision to declare that Bush was the victor.

The claim originated in a Facebook post (archived here) where it was published by Mathew Staver, a constitutional law attorney and chairman of the Liberty Counsel, on November 7, 2020. The caption read:

The media was wrong in 2000. I litigated for five straight weeks nonstop. 20 years ago they were wrong. History has a way of repeating itself. 

The Times declared the claim erroneous in a tweet posted on November 8:

We also wish to add that Mr. Murtaugh has been officially notified via email about this error.

The following photo from the Mitchell Archives of newspaper editions is the authentic front page from November 8, 2020: 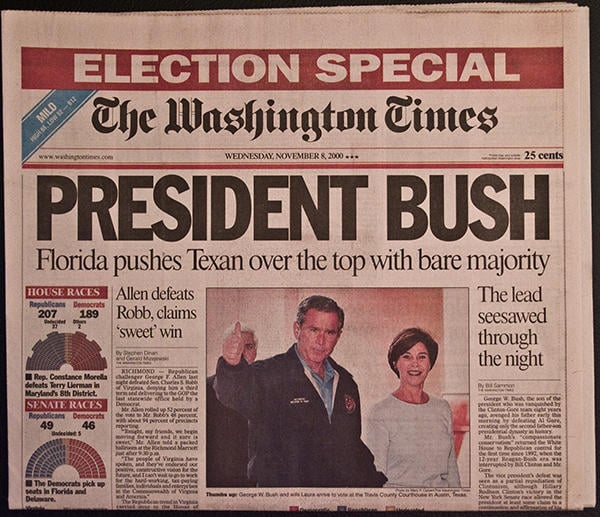 The following publications also reported that the "PRESIDENT GORE" front page is fake.

The doctored image took off after Tim Murtaugh, the director of communications for the Trump campaign, tweeted a photo of the campaign headquarters seemingly plastered with the fake front page: 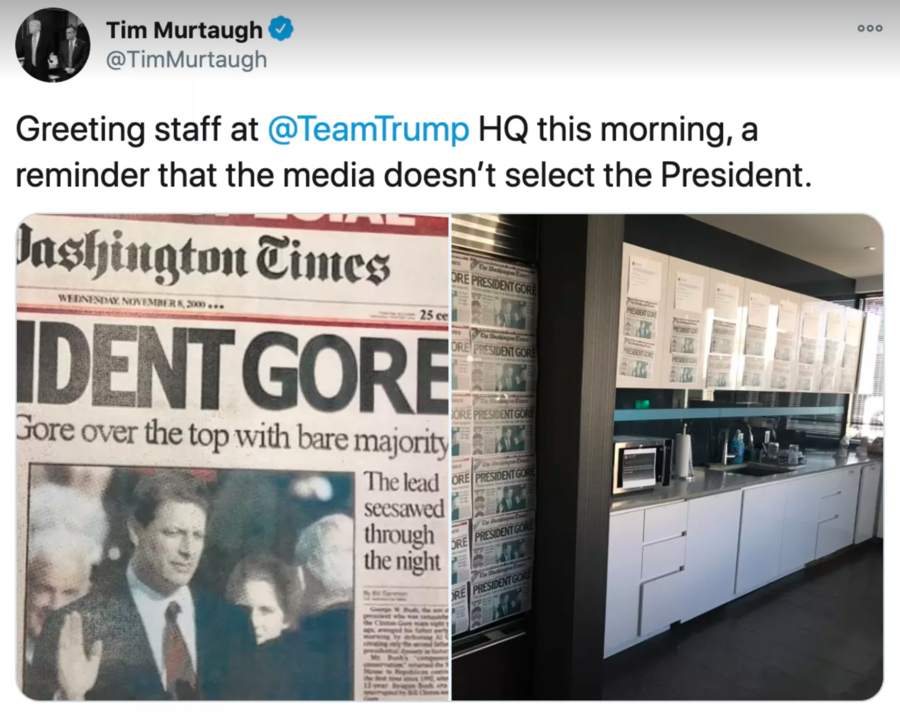 Since Gore ended up losing to Bush in 2000, Murtaugh was apparently using the fake front page in an attempt to make a commentary on how Trump could still clinch the presidency even though it has been called for Biden.