Did Donald Trump settle multiple child rape cases for millions of dollars? No, that's not true: A claim has gone viral again that there is a list of payments Trump made to settle rape accusations brought against him by male and female minors. There is no evidence of the cases ever having been filed against Trump and no proof the listed legal actions exist.

The claim appeared as a post (archived here) where it was published on Facebook May 31, 2020. It opened:

The post states the information comes from "WMR," the website of Wayne Madsen Report, a blog which was described by the Encyclopedia of American Loons as an "Utterly deranged nutter with a mind unclouded by facts, evidence, or reason, who at least lets his bigotry shine through rather clearly in his ravings about world politics."

The original WMR post dates to a January 2019 article titled, "Why is Trump so afraid of Cohen's testimony?" that is now only accessible to members on the site. 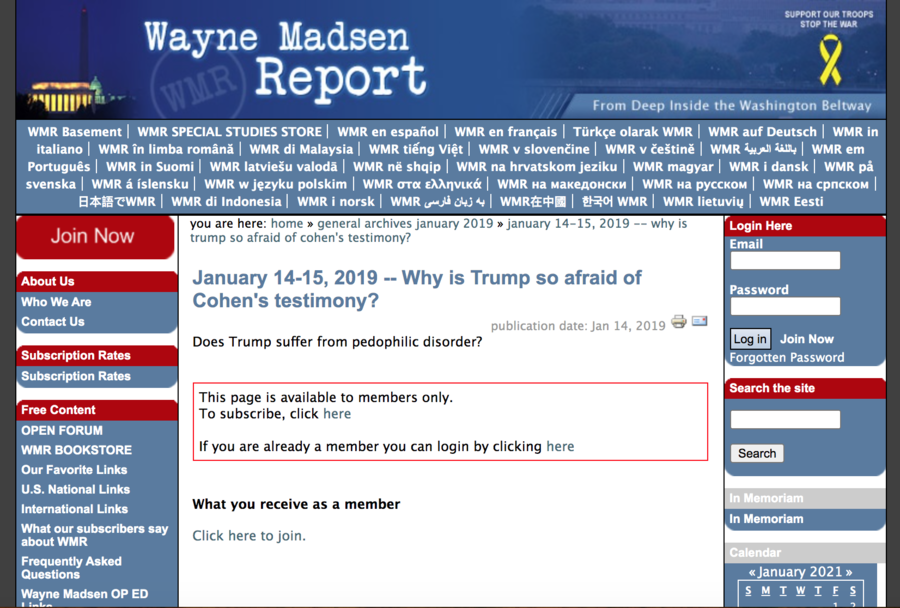 Snopes.com debunked the claim in August 2020. They noted that the WMR post claimed Trump was worried that Cohen's testimony in front of the House Oversight and Government Reform Committee "may provide some insight into the types of embarrassing things he "fixed" for Trump, before they ended up in scandalous court trials. This may include Cohen assisting Trump in paying off victims of Trump's sexual assaults over the years."

Cohen, Trump's attorney mentioned in the meme and original article, did not join the Trump organization until 2006, which is after all but one of the alleged cases took place. The exception is the alleged 2012 case involving Rebecca Conway. While there could have been settlements that Cohen arranged for Trump, a case like that would likely have been handled by Trump's legal team before Cohen arrived.