Did a 19th century prostitute invent false eyelashes to block semen from getting in "working girl's" eyes? No, that's not true: This false eyelash history meme has no basis in fact, and real historical evidence points to a very different origin of false eyelashes as a purely cosmetic enhancement.

The meme appeared in a post (archived here) where it was published on February 1, 2021. It opened:

Did you know...
that in 1882 London prostitute Gerda Puridle invented elongated eye lashes or "cumbrellas" to block semen from getting in working girls' eyes that are worn today as common fashion?

The name Gerda Puridle appears to be made up -- there is no publicly available record of her or the invention of "cumbrellas" before the appearance of this meme.

The photo used to illustrate the meme shows a French actress, born Augustine-Alexandrine Toulet, who went by the name of Alice Regnault. She lived from 1849 to 1931. Alice Regnault was also known as a courtesan or, "femme gallant" and through wise investments became quite wealthy, but there is no evidence that she was the inventor of false eyelashes, for any purpose. Among her many talents, she was also a writer and a painter. Here, from the book by Gabrielle Houbre, "Le Livre des courtisanes,' is an excerpt auto-translated from French:

She then embarked on a new career, certainly much less remunerative, but probably more rewarding for her brand image and her self-esteem: that of a writer and a painter. A journalist, she enjoys the protection of Arthur Meyer and publishes worldly articles in Le Gaulois, under the pseudonym of Mitaine de Soie. Apprentice painter, she took painting lessons with Bonnat and exhibited Mirbeau's portrait at the Salon of 1886, thanks to the intervention of Rodin.

There are many photos and artworks featuring Alice Regnault, and Italian painter Giovanni Boldini featured her in at least two paintings. 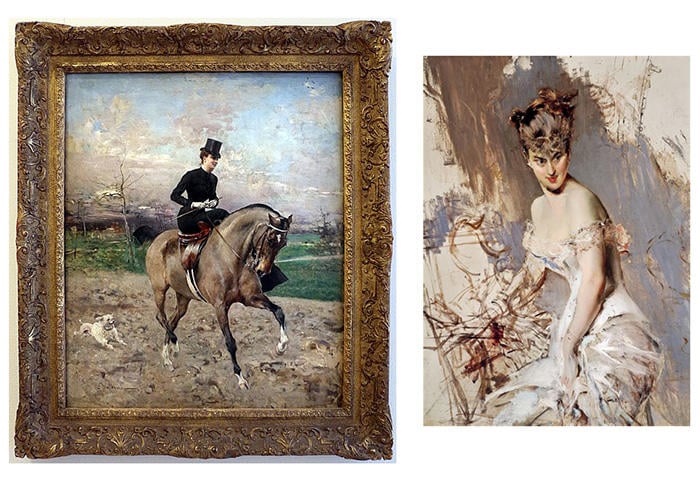 The history of faking the appearance of longer eyelashes goes back to at least ancient Egypt, preserved in art and cosmetic utensils, but the earliest example of the modern false eyelash strip can be attributed to Anna Taylor from Ottawa, Canada, who was granted a patent on June 6, 1911. From the description of the patent, it seems clear that there were already some form of false eyelashes for which this invention offered an improvement:

The invention relates to improvements in artificial eyelashes, and the objects of the invention are to improve the personal appearance of the wearer, without adding discomfort, and generally to provide in such articles the natural effect at a minimum cost, and it consists essentially of the novel means used for projecting short lengths of hair outwardly from the eyelid, the particular form and arrangement being described in detail hereinafter and shown in the accompanying drawings that form part with this specification. 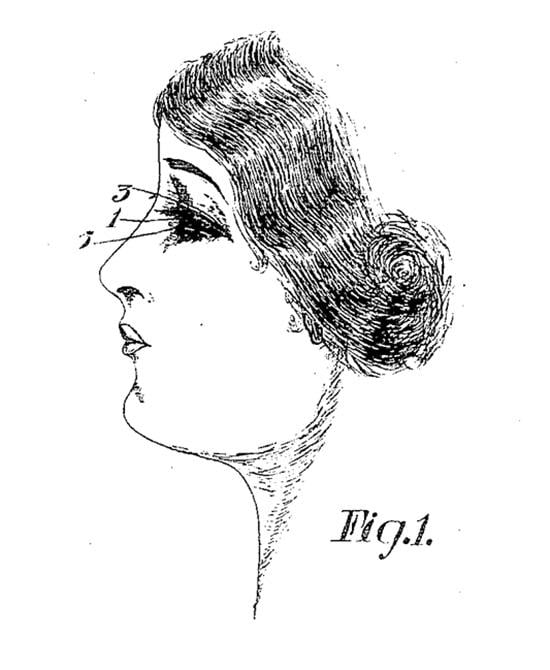