Was rapper 42 Dugg shot in Atlanta? No, that's not true. 42 Dugg, whose real name is Dion Marquise Hayes, was not one of the victims of a shooting that took place on the set of a music video in Atlanta on Sunday, February 21, 2021. He posted a message on his Instagram page contradicting the claim, writing, "Appreciate the concern though I did not get SHOT!!!!!"

"42 Dugg Shot In Atlanta," was all the post said above a picture of the 26-year-old rapper.

He posted a video on his Instagram story on Sunday, February 21, 2021, showing he was alive and well after a shooting occurred on the set of the music video he was filming with Roddy Ricch, real name Rodrick Wayne Moore, Jr..

"Appreciate the concern though I did not get SHOT!!!!!" he wrote on the video which showed him alive, wearing a yellow jacket and a black mask, along with his diamond necklaces and watch. 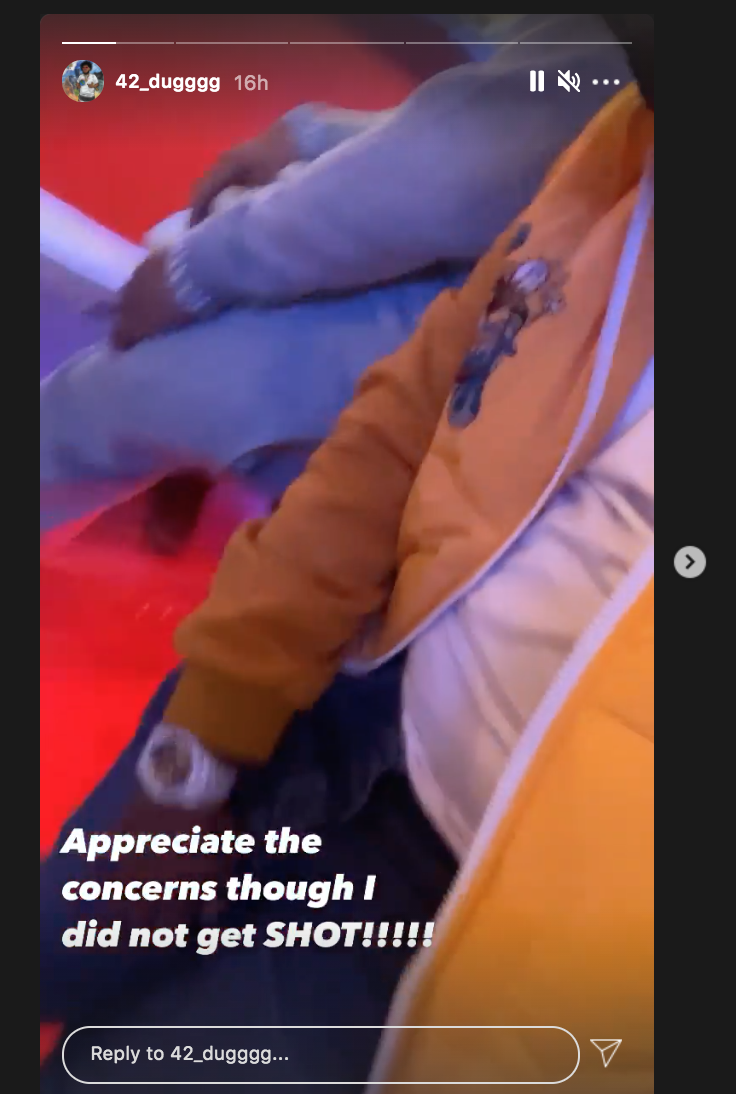 A source told Channel 2′s Steve Gehlbach that the music video was for rappers 42 Dugg and Roddy Ricch. Neither of the artists was hurt.
Officers responded to shots fired at a scrap yard on Wells Street in southwest Atlanta around 4 p.m. When they got there, they found a man grazed by a round of gunfire. EMS later determined Peter Cook, 39, was hurt by debris and not a gunshot."

Lead Stories contacted the Atlanta Police Department for comment and will update the story when a response is received.