Did a patrolman choke on his gum and was lifesaving aid rendered to him by a man he had just handcuffed and taken into custody? No, that's not true: This video is from Rick Lax Productions, creator of fictional short videos. It is of the "social dilemma" genre of skit videos featuring dramatic, funny, or awkward situations and pranks. When this video was originally posted on Facebook it featured a disclaimer stating it was scripted and for entertainment purposed only.

The video was originally posted on the Facebook page "Paul Vu" on February 10, 2021. The following day the video appeared in three parts, posted on TikTok (archived here) by kd_k97 on February 11, 2021. It opened:

What will you do is he right/wrong 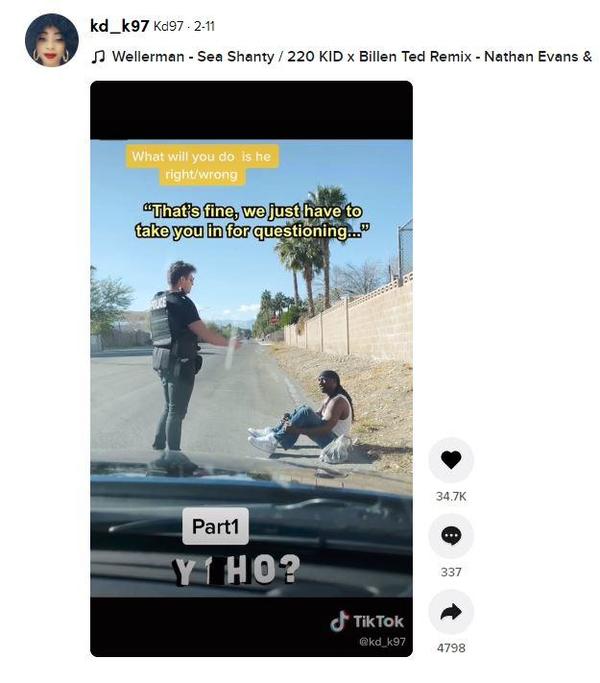 The video on TikTok is complicated by captioning that has been added over the original captioning. The name of the account @kd_k97 is also visible. This video has the distinct style of Rick Lax Productions, both in plot, post production captioning and the scenery where it was filmed. Lax has made several skit videos which appear as if filmed by a dashcam of a patrol car.

There are many Facebook pages associated with this production company and they typically post a disclaimer with the video explaining that the scenario is fictional. Below are two screenshots, the one on the left is the video as it appears on TikTok, the screenshot on the right is a different video posted by "Paul Vu's Friends," a Rick Lax Productions Facebook page with this disclaimer:

Thanks so much for watching this video! I do hope you enjoy it. Please note that this page features scripted dramas, parody and satire. The events that take place in this particular short-film video are for entertainment purposes only. 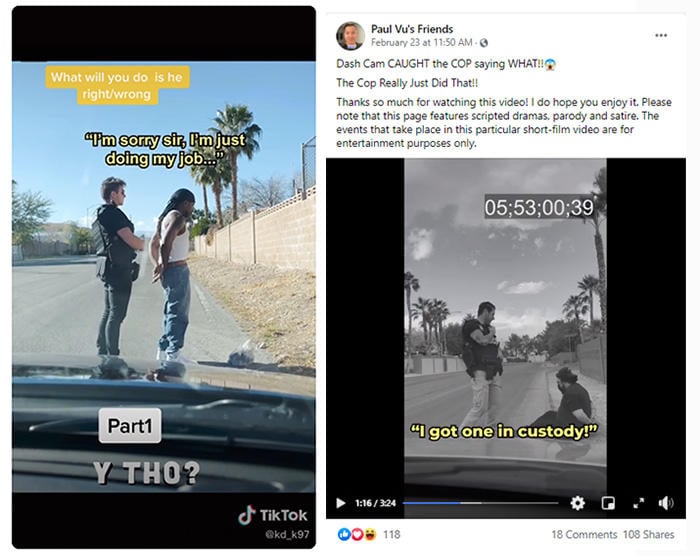 The original copy of this video is posted to the Facebook page "Paul Vu," but there are also copies of the TikTok version which have been re-uploaded back onto Facebook. @kd_k97 does not appear to be a Rick Lax Productions account because of the mix of content sources it posts on TikTok, but Rick Lax material is frequently re-uploaded by @kd_k97.

Below are three Rick Lax Productions videos which were posted on Facebook by three different Rick Lax network pages. These feature disclaimers and another recurring theme, prepared messages written in marker on many pages, slowly revealed to the viewer by a silent actor. Under those screenshots are images of the @kd_k97 TikTok account displaying these videos re-uploaded. This time, each of the original videos is split into three or more shorter videos. 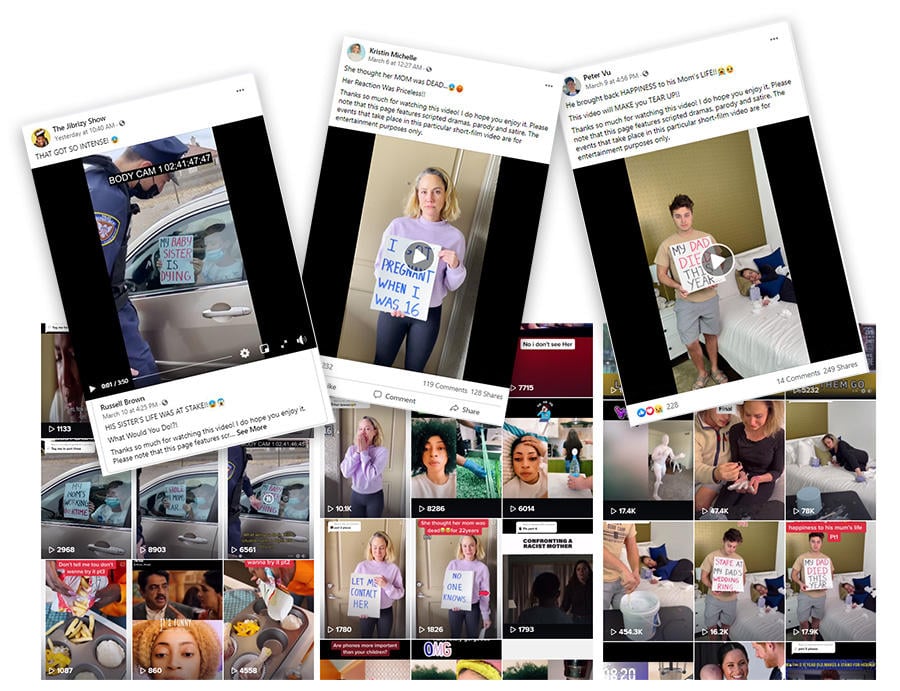