Is R. Kelly out of prison? No, that's not true. The photograph being used to show Robert Kelly, the R&B singer known as R. Kelly, is from 2019. He is still incarcerated at the Metropolitan Correctional Center in Chicago, according to the Federal Bureau of Prisons database on June 7, 2021.

The photograph of Kelly is an Associated Press picture from 2019 with the caption:

A search of the Federal Bureau of Prisons inmate locator by Lead Stories shows Robert Kelly, age 54, still incarcerated at Metropolitan Correctional Center, Chicago as of June 7, 2021, as he awaits trial. 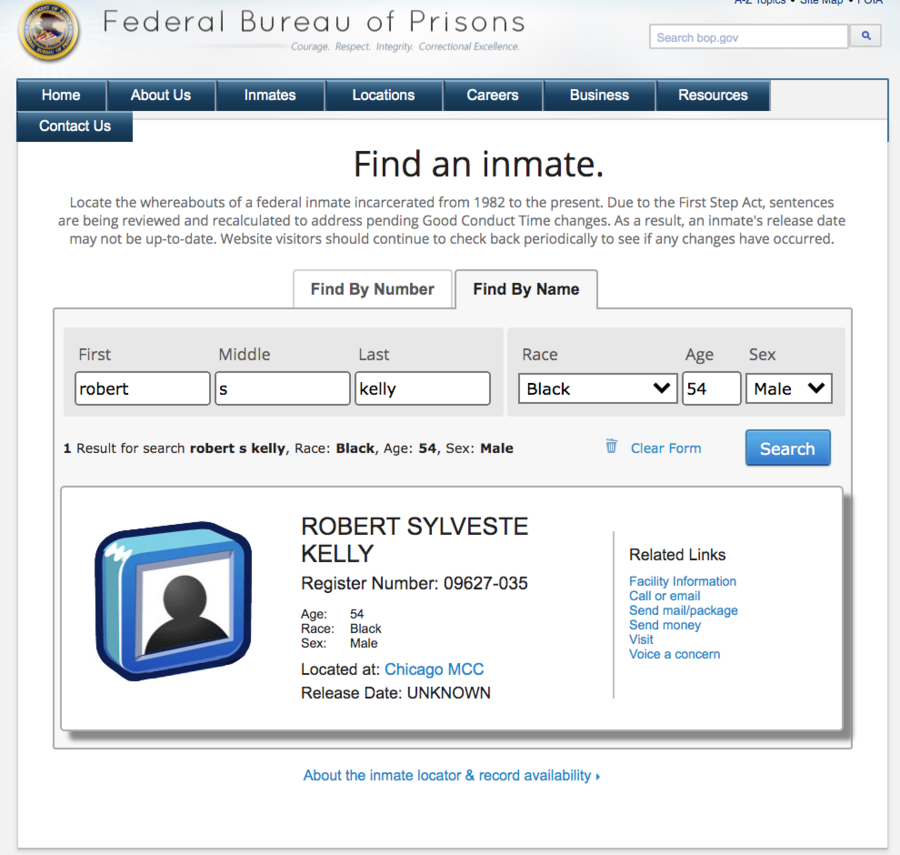 His trial in Chicago is scheduled to take place in September 2021 but that date may be pushed back, ABC 7 Chicago reported.