Did a body double for President Joe Biden blow his cover during a meeting with British Prime Minister Boris Johnson? No, that's not true: The president does not have a body double. The story was made up by a website known for their wildly farcical stories regarding political figures, which Lead Stories has debunked multiple times. A message on the site notes that it "contains humor, parody, and satire."

Arthur Roberts, the 83-year-old C-List actor who portrays Joseph Biden on television and in person, blew his cover during a televised press conference with UK Prime Minister Boris Johnson earlier this week. In a stunning scene seen by many, Biden's (RRN uses the term 'Biden' to stand for either Biden or his body doubles) handlers [...]

Arthur Roberts, the 83-year-old C-List actor who portrays Joseph Biden on television and in person, blew his cover during a televised press conference with UK Prime Minister Boris Johnson earlier this week. In a stunning scene seen by many, Biden's (RRN uses the term 'Biden' to stand for either Biden or his body doubles) handlers [...]

The article claimed a real working actor, who has eight movie roles that are completed or in post-production according to his IMDB page, has been impersonating Biden since February, when he had a massive stroke that left him brain dead. The theory that the president of the United States is being played by a body double, a Hollywood fantasy, is preposterous. The level of cover-up necessary would be impossible when the president is covered by national and international news outlets daily.

Following is Roberts' IMDB portrait, showing a face that reporters who routinely see Biden in person would be unlikely to mistake for Biden. Roberts is listed in various actor promos as 6'-2", while Biden is significantly shorter, listed as 6'-0". 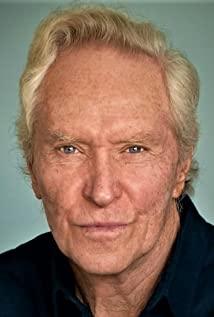 Biden and Johnson were in the Oval Office in the White House on September 21, 2021. Johnson took two questions from members of the U.K. press but Biden did not answer any questions and the media were then ushered out of the room. News outlets reported that the reporters were moved out of the room without any U.S. reporters being able to ask Biden questions.

Here is video from the event:

Real Raw News has a long history of publishing false claims in mock news stories, many of them about convictions and executions of various public figures at Naval Station Guantanamo Bay in Cuba. For example, the site reported former Secretary of State Hillary Clinton was hanged (she wasn't); former White House Chief of Staff John Podesta was executed (he wasn't), and that "the military" convicted former Attorney General William Barr on charges of treason (it didn't).