Did British artist Banksy create a new art piece involving Ukraine and Vladimir Putin, the president of Russia? No, that's not true: A Banksy spokesperson said he did not create this image, which was altered from a screenshot of a music video by the Russian band Little Big.

There is no evidence that Banksy made this image. On March 29, 2022, a spokesperson for Banksy emailed Lead Stories to confirm that this image is not his.

Lead Stories found that the image in the Facebook post is an altered image of a screenshot from the music video for the song "GO BANANAS" by the Russian band Little Big. The video was posted on YouTube on November 15, 2019. Around 30 seconds into the video, a man stands in front of an orange balloon. He tries to pop the balloon, but he explodes instead. These actions are identical to the image in the Facebook post. 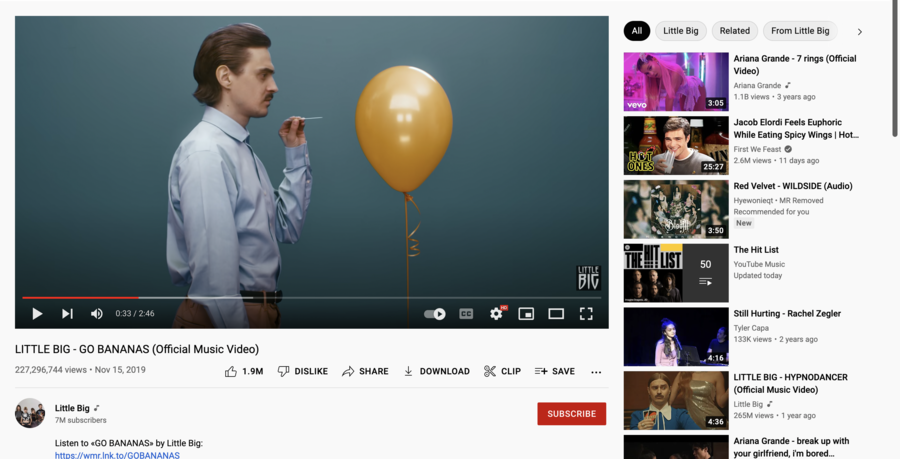