Stories that Supreme Court Justice Clarence Thomas was admitted to Sibley Hospital in Washington D.C. after physicians diagnosed him with a viral infection are mostly false, said a high-ranking 'White Hat' military source who claims our nation's tenured conservative justice ingested a near-lethal dose of thallium. 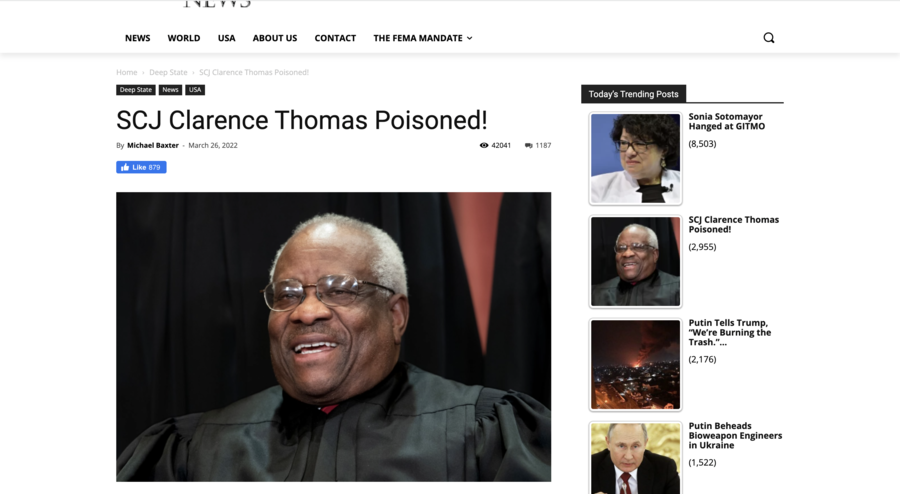 A press release from the Supreme Court sent out on March 20, 2022, alerted the public that Thomas was admitted to Sibley Memorial Hospital in Washington, D.C. after experiencing flu-like symptoms. After a few tests, doctors diagnosed him with an infection and he was treated with antibiotics.